The focus has been on smoothening the GST structure and removing anomalies, as well as closing loopholes to curb fraudulent practices

Even before the presentation of the Union Budget 2021-22, there were reasons to acclaim it as a crucial Budget for extraordinary times. The reasons behind such acclamation, to name a few, included the once-in-a-century global pandemic, the first Budget to be presented digitally, and the fact that this was one of the few budgets to be presented in the wake of a contraction in India’s gross domestic product (so far, only three budgets have followed an economic contraction). These reasons rightly make it a Budget of many firsts.

Record-high goods and services tax (GST) collections have been reported in the past few months. One reason may be the steady revival of economic activities post-lockdown. However, it was coupled with a slew of fraud prevention measures, including deployment of deep analytics and artificial intelligence to identify tax evaders and fake billers. Further, measures taken to simplify the GST, including pre-filled editable GST returns, NIL returns through SMS and validated input tax statements, have been instrumental in smoothening the compliance experience for taxpayers. A similar intention has been kept at the heart of the indirect tax amendments proposed in this year’s Budget.

Importantly, in spite of the wide speculation on the introduction of a Covid cess, no additional taxes were introduced in the Budget.

As per the proposed amendment in the GST law, input tax credit (ITC) will be eligible to be availed only when details of the concerned invoice/debit note have been furnished by the supplier in its statement of outward supplies and such details have been communicated to the recipient. Now, what needs to be ascertained is the exact meaning of “communicated”.

Further, this amendment proposes the culmination of the existing 5 per cent rule for ITC availment and brings the GST closer to its founding concept of “matching principle” to prevent fraudulent ITC claims by taxpayers.

An amendment has also been proposed in the Customs law to prescribe a penalty in cases where any invoice has been fraudulently obtained to utilise ITC for discharging any duty or tax on goods that are exported under claim of refund of any duty or tax.

Clearly, the above proposals have been initiated considering the numerous cases of irregular availment of ITC on the basis of fake invoices and the large number of false cases of refund claims filed.

All these measures have put a greater onus on businesses to create a more vigilant and compliant GST ecosystem. Businesses will need to increase their focus on vendor compliances and vendor management. Although the proposed amendments are meant to mitigate the risk, it is critical that the authorities should ensure that genuine exporters or businesses do not face hardships. The jurisdictional GST Commissioners have been empowered to call for information from any person relating to any matter dealt with in connection with the GST law.

The government has retained its focus on promoting domestic manufacturing and exports, and linking up with global value chains. In line with this objective, basic customs duty (BCD) rates have been tweaked. The Budget has also sought to correct the inverted duty structure.

To create a level playing field for the benefit of farmers, MSMEs and other domestic manufacturers, BCD has been increased on specified agricultural products, chemicals, plastics, leather, gems and jewellery.

To promote value addition in the electronics sector, BCD has been increased on specified products such as inputs, parts/sub-parts for manufacture of specified mobile phones, compressors for air conditioners/refrigerators, solar inverters and solar lamps.

Further, in order to correct the inverted duty structure and also reduce input costs for domestic manufacturers, BCD has been reduced on specified items in the textile industry, the petrochemical industry, the aviation sector and precious metals. These changes aim to provide impetus to Make in India, a flagship programme of the government.

Multiple structural changes have been proposed under the Customs regime, the most important one being customs duty rationalisation. The government is keen to rescind outdated exemptions. It plans to review 400-odd exemptions this year. Businesses will have to be alert. If they have been availing of the benefit of these exemptions, and they are withdrawn, they will need to revisit their supply chains and business dynamics.

In order to bring in uniformity of classification of goods across globe, harmonising of customs tariff with HSN 2022 has been proposed. Changes in section notes, chapter notes and tariff entries will become effective from January 1, 2022. Here again, it is critical for businesses to examine the impact, as it may potentially change classification of goods and thereby leading to change in applicable duty rates.

A new Common Customs Electronic Portal, similar to the GST Common Portal, has been proposed. It will enable registration, filing of Bill of Entry, shipping bills, payment of duties, and other such functions. Further, orders, summons, and notices will also be served on such this portal. Additionally, amendments to the bill of entry/shipping bill forms by the importer/ exporter will also be allowed through the Customs automated system on the basis of specified risk evaluation criteria on the Common Portal. This change will materially increase the ease of doing business for the businesses concerned.

To finance improvements of agricultural infrastructure and other development expenditure in India, an agriculture infrastructure and development cess (AIDC) has been proposed on the import of specified goods. To ensure that its imposition does not lead to an additional burden on the consumer, the corresponding BCD rates has been lowered. Items on the import of which AIDC will be levied include agriculture sector products (such as dals, fruits, oils), alcoholic beverages and spirits, power sector products (such as coal), fertiliser and textiles.

Impact on GST rebate for exporters

In what has been conceived as a major change for the exporter community, refund of GST paid on export of goods and/or services (i.e. rebate) will be restricted to notified taxpayers or goods/ services. Due to this change, many businesses which were earlier claiming rebate on payment of tax for export supplies, will now have to resort to exports without payment of tax under Bond or Letter of Undertaking and then subsequently, claim a refund of unutilised input credits.

Introduction of retrospective amendments in order to over-rule judicial precedents has always been a pain point for businesses. This Budget brings in one such retrospective indirect tax amendment.

The definition of term “supply” has been amended with effect from July 1, 2017, as per which GST will be levied on activities or transactions involving supply of goods or services by any person (other than an individual), to its members/constituents or vice-versa, for a consideration. This amendment seems to have been made to over-ride the Supreme Court’s ruling in the case of State of West Bengal Vs. Calcutta Club & Others [TS-779-sc-2019-VAT], wherein it was held that the services by a club to its members would not qualify as a service for the purposes of levy of service tax.

It has been seen in the past, too, that retrospective tax amendments result in undue hardship to taxpayers and defeats the principles of legal justice.

The turbulent economic conditions (owing to the pandemic) under which the Union Budget was formulated necessitated balancing government expenditure with the need to provide a stimulus to the economy, and that too, without the introducing any additional tax. Certainly, it was a herculean task. 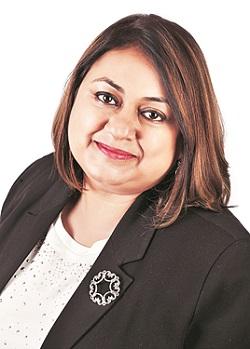 Despite the thorny issues being faced under the GST regime, focus has been kept on smoothening the GST structure and removing anomalies, rather than on introducing further taxes to compensate for collection shortfalls. Structural changes with respect to Customs Duty exemptions are bold and praiseworthy, and reflect the requirement to align taxes with the changing times and economic requirements. The further tightening of the noose around fraudulent practices under GST is a step in the right direction. However, it should be ensured that genuine and honest taxpayers don’t bear the brunt of it.