Urges three-pillared base consisting of ARCs, AMCs and AIFs to attract investors into this space, without which process could lose credibility 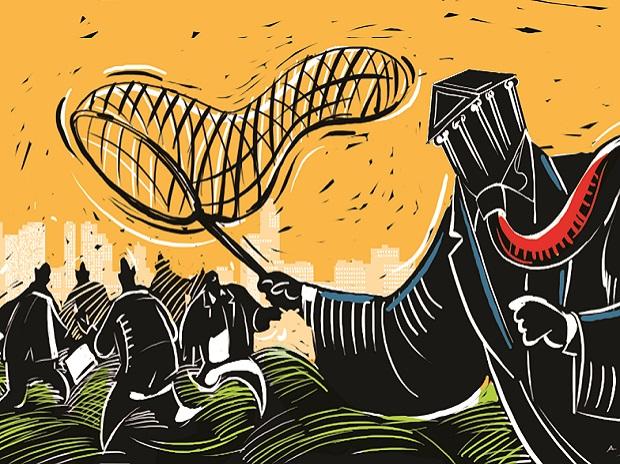 The finance ministry and banks must work with alacrity to form the framework — asset restructuring company, asset management company and alternate investment funds (AIF) — to attract investors for takeover and resolution of stressed loans. Else, the process, which has been talked about since 2018, will run the risk of losing credibility, according to Sunil Mehta, chairman, Yes Bank.

Mehta, head of the panel that had proposed Project Sashakt which crafted the road-map in 2018, said the government should choose one agency to anchor the formation and monitoring and be held accountable. The panel had dealt with issues and the structure for such an arrangement in detail and “there is no need to reinvent the wheel”.

Banking industry lobby group Indian Banks’ Association (IBA) had earlier held discussions with the finance ministry about such a structure. However, it is not yet clear who will administer the process, senior bankers said.

The clarity on the process and rules for transferring assets from bank books and the valuation is necessary, bankers said. Banks have made over 70 per cent provision for assets which could be moved to the ARC. Also, the inter-creditor agreement (ICA) framework is already in place. The initial capital pegged at Rs 10,000 crore for the ARC will support the buying of bad loans in excess of Rs 100,000 crore.

The panel had advised setting up an independent and professionally managed AMC, which will set up AIFs and ask for commitments from banks, as well as domestic and international investors.

The financial institutions, according to the panel, should enter into an inter-creditor agreement authorising the lead bank to run the resolution process. The lead bank would launch an open auction to invite bids for the sale of the stressed asset from the interested ARCs/ AMCs/ other investors. Bids will be invited on a 100 per cent cash basis or 15 per cent cash, and 85 per cent securities receipts (SRs) redeemable within 60 days.

The AMC will partner with an ARC and conduct an independent due diligence on the assets for estimating the value of sustainable debt and participate in the open auction along with ARCs and other investors, the panel had said.

Bankers said the advantage that the ARC will provide is consolidation of the debt, which is spread out in 10-20 different entities of the consortium or the multiple banking arrangement. This will provide ease of resolution. In a multiple banking arrangement, there is always a difference of opinion which makes it difficult to reach a resolution plan.

Bankers said such a national-level ARC is required as the existing private ARCs have limitations in terms of capital or the funds to buy large assets. Bankers were also not happy with sale of assets to these ARCs as the realisations from bad loans are very low, increasing the risk of investigative agencies going after them.

“The high level of provisioning by public sector banks of their stressed assets calls for measures to clean up bank books,” Finance Minister Nirmala Sitharaman said in her Budget speech on Monday. The idea, she said, is to take over the existing stressed debt and then manage and dispose of the assets to AIFs and other potential investors.