The reforms announced in the mineral sector as part of the Covid-19 stimulus package are most welcome. The composite exploration and mining licence that has been proposed takes away the risk of those who locate a mineral deposit then being manoeuvred out of the reckoning when it comes to actual mining rights. The auction, based on revenue sharing, is a good way to go but the adjusted gross revenue that would be shared has to be clearly defined, to avoid the mess we have seen in telecom. Ending the distinction between captive and non-captive mines, as far as the miner’s right to sell the mined ore is concerned, is designed to optimise resource utilisation. Noncompetitively acquired leases should not be sold by the allottee but surrendered to the government. 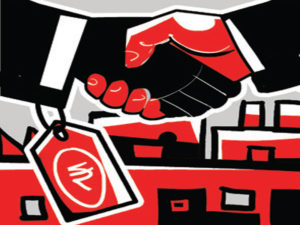 The composite bauxite-cum-coal auction appears to favour the aluminium industry, but a functional market in coal, which should result from the reforms proposed in coal, would be better. The reforms announced in coal merely reiterate policy changes announced by the ministry of coal. These remain most welcome. It is imperative that India end importing coal worth well over `1lakh crore per annum, despite our large proven reserves. We share the concern raised by the Coal Preparation Society of India against a proposal to negate an existing mandate to beneficiate coal meant for power plants to at least 34% ash content before transportation. The move would waste enormous amounts of energy in hauling shale and rock mixed up with coal over thousands of km of rail track, instead of being removed before being shipped. Policy should actively encourage greater beneficiation, preferably dry beneficiation to avoid polluting water, rather than less. Coal gasification should receive as much attention as coal evacuation, for which the government has welcome plans.

via Welcome reform in minerals, power