It is a pity that a government and political leadership that have been acutely sensitive to the semiotics of its slogans, scheme names and messaging in general, have thought it fit to extend the lockdown, calling for a new phase of the lockdown, instead of announcing new stages of opening up the economy, of easing the lockdown. It is vital for the state governments to appreciate the import of the prime minister’s understated caution that we have to learn to live with the virus, and not hide in our homes. Only by opening up the economy, and restoring as much of the economic activity that can be carried on while respecting safety protocols can India avert economic collapse and the human tragedy that would entail.

The government has done right to deemphasise the colour-coded, graded zoning of the country in terms of pandemic risk, and instead effectively adopt a binary classification of containment zones and the rest, allowing most activities in the non-containment zones, apart from certain activities barred across the country. 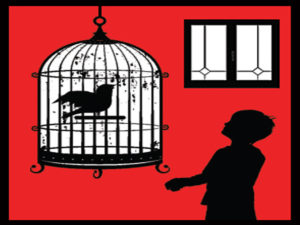 Those who can continue to work from home should continue to do so. All safety protocols must be observed, and employers and office supervisors in government offices must provide safety equipment and arrange provisions for social distancing at the workplace. The government has done well to clarify that employers will try, on a best-effort basis, to persuade employees to install the Aarogya Setu app on their phones and not be held accountable for employee compliance with this provision. This must be communicated with emphasis to police chiefs and further down to implementing officials. Further relaxation of norms should be announced as the next stages of opening up. Nobody wants to import stuff from a locked-down economy.

via Call it opening up phase one