While modern nations have managed to include women as participants in politics, they continue to face a glass ceiling — there is only so much, as women, we are expected to dream, desire and envision. 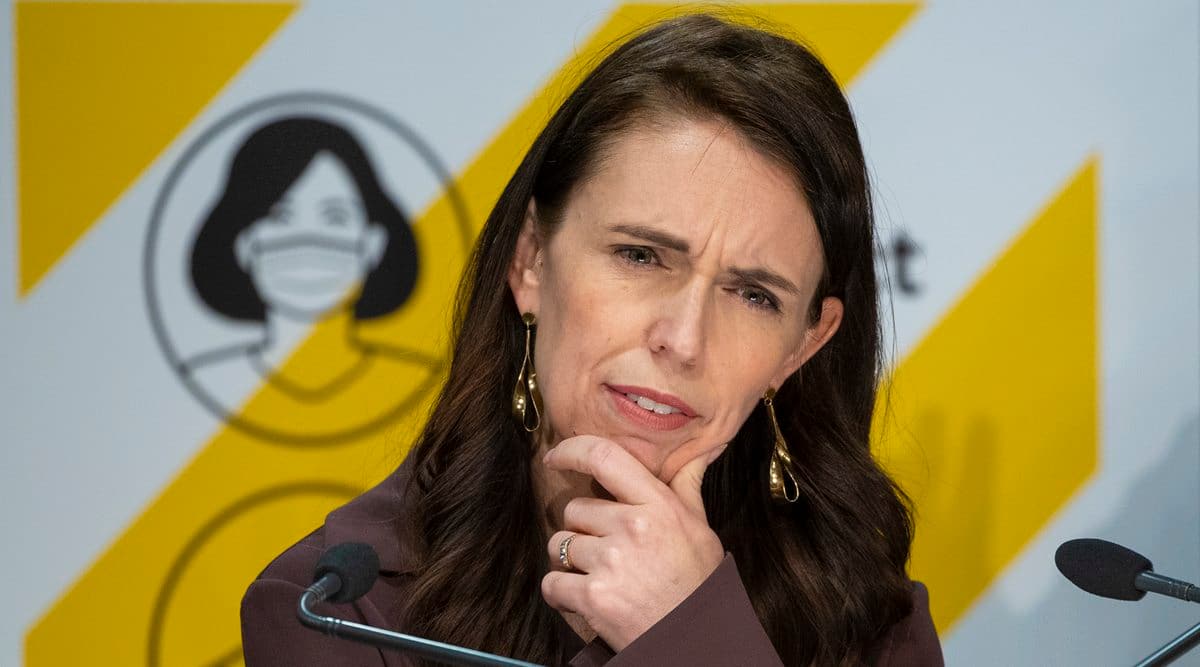 As we continue to celebrate women who manage to reach the highest achievable posts, let us also ensure, as a society, that we do not create situations where the pursuit of success exists in binaries of choice. (AP file)

Her words would have resonated with every female — as well as male — politician, globally, for accepting that there is grace in calling it quits. Of course, her critics, who have found fault with her handling of Covid and the country’s economy, called her resignation a face-saver, saying that if she hadn’t stepped down, her party would have pushed her to relinquish office. That is what critics are for.

Priya Ramani writes |Jacinda Ardern’s resignation: Male leaders don’t think about whether or not their tanks are full

Ardern’s decision has been widely respected, her courage and efforts are appreciated and the world continues to look up to her as an inspiration. At the same time, women leaders — even in some of the most developed countries, such as the US — find it difficult to break the glass ceiling to the top post. In places where women do manage to lead, they find it incredibly hard to sustain campaigns in male-dominated politics and societies.

Closer home is the example of Indira Gandhi and her journey of transformation from being called a “gungi gudiya” to becoming an “iron lady”. Some of the regional women leaders have also made a mark in the rough and tumble of India’s male-dominated politics.

Last year, in August, Finland PM Sanna Marin was trolled, vilified and mocked. She was forced to undergo a drug test after photos and videos of her hosting a party at her home went viral on social media. Compare the same to the muted reactions to then UK Prime Minister Boris Johnson partying during the Covid lockdown. When Australia’s first female Prime Minister, Julia Gillard delivered her iconic misogyny speech, it was a reflection of what women, in developing and developed countries, endure — sexist attacks and jibes from across the spectrum.

While civilised nations with modern narratives have managed to include women as participants in politics, they continue to face a glass ceiling – there is only so much, as women, we are expected to dream, desire and envision. The choices for women are often seen in binary terms, between their personal lives and professional aspirations.

If we look around in our society, we will find very few women who were not forced to make a choice and balance the two. The women who manage to strike a balance are often referred to as “superwomen”. The question is: Were they overachieving superwomen due to their circumstances or by choice?

When women secure high political office, it is often considered the result of a pathway laid by fathers, husbands or other male figures in the family. While India has had two women presidents and a prime minister, it still awaits the equal representation of women in positions of power, as is envisaged in our forward-looking and inclusive Constitution.

The representation of women in Parliament and assemblies is dismal. We demanded 33 per cent reservation for women at the lower levels, thereby supporting their entry into the political sphere. But the dropout rate of women workers in political organisations is a lot more alarming, simply because they have neither an understanding society, nor the support mechanism that would encourage them to view politics as a career. Even if they do manage to make inroads, they do not get the required support to help them balance family responsibilities and work. Financial constraints and career uncertainties are other reasons for women choosing to drop out of political spaces.

The glass ceilings and gendered limitations in politics are no different from the society we live in. Despite several pieces of legislation, women-friendly reforms, such as maternity leave, continue to be viewed by enterprises as a hindrance or financial burden.

In a sphere where politicians are expected to go on and on, the resignation of Jacinda Ardern not only initiates conversation around the strength and courage to leave gracefully, it also nudges us to normalise women not having to make a choice between personal and professional lives. Irrespective of gender, people deserve a break. There is a need to create a social environment conducive to mental health priorities. The need for a temporary break for attaining personal goals should not translate into a disruption in careers, especially that of women – and their strength in asking for such a break should be recognised.

As we continue to celebrate women who manage to reach the highest achievable posts, let us also ensure, as a society, that we do not create situations where the pursuit of success exists in binaries of choice. Let us work towards building a society where a pause is not seen as a stop, particularly for women; where the choice between personal and professional responsibilities is not a zero-sum game and where being a superhuman is appreciated, but it is not the necessary way to success.

The writer is a Shiv Sena leader and Rajya Sabha MP