What is a chargesheet, and how is it different from an FIR? Why did the SC say that a chargesheet cannot be treated as a public document? We explain. 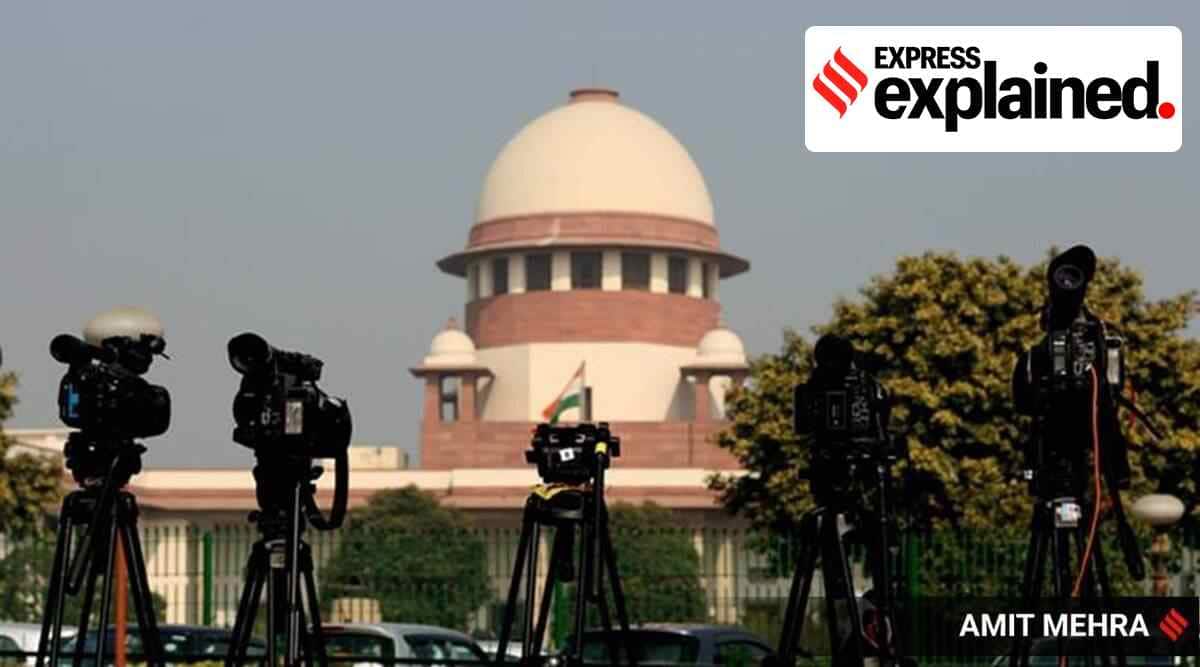 The Court also clarified that as per Section 75 of the Evidence Act, all documents other than those listed under Section 74’ are private documents. (File)

The Supreme Court on Friday held that chargesheets are not ‘public documents’ and enabling their free public access violates the provisions of the Criminal Code of Procedure as it compromises the rights of the accused, victim, and the investigation agencies. Before dismissing the PIL seeking directions to the police or investigating agencies like the ED or the CBI, a two-judge bench of Justice MR Shah and Justice CT Ravikumar also cautioned against the possibility of ‘misuse’.

What is a chargesheet?

A chargesheet, as defined under Section 173 CrPC, is the final report prepared by a police officer or investigative agencies after completing their investigation of a case.

After preparing the chargesheet, the officer-in-charge of the police station forwards it to a Magistrate, who is empowered to take notice of the offences mentioned in it.

The chargesheet should contain details of names, the nature of the information, and offences. Whether the accused is under arrest, in custody, or has been released, whether any action was taken against him, are all important questions that the chargesheet answers.

Further, when the chargesheet relates to offences for which there is sufficient evidence against the accused, the officer forwards it to the Magistrate, complete with all documents. This forms the basis for the prosecution’s case and the charges to be framed.

“The charge-sheet is nothing but a final report of the police officer under s. 173(2) of the CrPC,” the apex court held in its 1991 ruling in K Veeraswami vs UOI & Ors.

A chargesheet must be filed against the accused within a prescribed period of 60-90 days, otherwise the arrest is illegal and the accused is entitled to bail.

How is a chargesheet different from an FIR?

The term ‘chargesheet’ has been expressly defined under Section 173 of the CrPC but ‘First Information Report’ or FIR, has not been defined in either the Indian Penal Code (IPC) or the CrPC. Instead, it finds a place under the police regulations/ rules under Section 154 of CrPC, which deals with ‘Information in Cognizable Cases’.

While the chargesheet is the final report filed towards the end of an investigation, an FIR is filed at the ‘first’ instance’ that the police is informed of a cognizable offense or offence for which one can be arrested without a warrant; such as rape, murder, kidnapping.

Further, an FIR does not decide a person’s guilt but a chargesheet is complete with evidence and is often used during the trial to prove the offenses the accused is charged with.

After filing an FIR, the investigation takes place. Only if the police have sufficient evidence can the case be forwarded to the Magistrate, otherwise, the accused is released from custody under Section 169 of the CrPC. The law laid down by the Supreme Court in 1967 in Abhinandan Jha & Ors vs Dinesh Mishra reiterates this.

Finally, the FIR should be filed at the first instance of receiving knowledge of the occurrence of a cognizable offense. According to Section 154 (3) of the CrPC, if any person is aggrieved by the refusal of authorities to file FIR, they can send the complaint to the Superintendent of Police, who will either investigate himself or direct it to their subordinate.

A chargesheet is filed by the police or law-enforcement/ investigative agency only after they have gathered sufficient evidence against the accused in respect of the offenses mentioned in the FIR, otherwise, a ‘cancellation report’ or ‘untraced report’ can be filed when due to lack of evidence.

Why is a chargesheet not a ‘public document’?

Dismissing the plea, the Court held that a chargesheet cannot be made publicly available as it’s not a ‘public document’ under Sections 74 and 76 of the Evidence Act, as argued by the petitioners’.

Section 74 of the Evidence Act defines ‘public documents’ as those which form the acts or records of sovereign authority, official bodies, tribunals, and of public offices either legislative, judicial or executive in any part of India, Commonwealth or a foreign country. It also includes public records “kept in any State of private documents”.

Meanwhile, Section 76 of the Evidence Act mandates every public officer having custody over such documents to provide its copy pursuant to a demand and payment of legal fee, accompanied by a certificate of attestation along with the date, seal, name and designation of the officer.

The Court also clarified that as per Section 75 of the Evidence Act, all documents other than those listed under Section 74’ are private documents.

The Court rejected the petitioner’s reliance on a 2016 ruling of the Supreme Court in ‘Youth Bar Association of India vs UOI’, where it directed all police stations in the country to publish copies of FIRs online within 24 hours of registration, except in cases where offenses were of sensitive nature.

The Court rejected the reliance on its judgment by saying that the directions given by it in the 2016 ruling only applied to FIRs and could not extend to chargesheets.

“This was done so that if the innocent accused are harassed, they are able to get relief from the competent court and are not taken by surprise,” the Court said in reference to its 2016 judgment. The direction was issued in favor of the accused in that case and could not be stretched to the public at large, the Bench added.

What is the Court’s refrain on the misuse of documents?

One of the concerns expressed by Justice MR Shah during the proceedings was the possibility of misuse by NGOs and ‘busybodies’ “Chargesheets cannot be given to everybody,” Justice MR Shah had said on January 9, according to a report by LiveLaw.

Meanwhile, Justice CT Ravikumar cited the 2022 ruling in ‘Vijay Madanlal Choudhary vs UOI’, where the Court held that ECIR is not equivalent to FIR and thus, the accused cannot be allowed a copy of the same.

“Suffice it to observe that ECIR cannot be equated with an FIR which is mandatorily required to be recorded and supplied to the accused as per the provisions of the 1973 Code,” the Apex Court said in its 2022 judgment.

Applying the same principles to the present case, the Bench said that investigating agencies like ED could not be made to provide their chargesheets to the public.