Fali S Nariman writes: Both inside and outside the courtroom, his gift for what the French call the ‘mot juste’ was evident 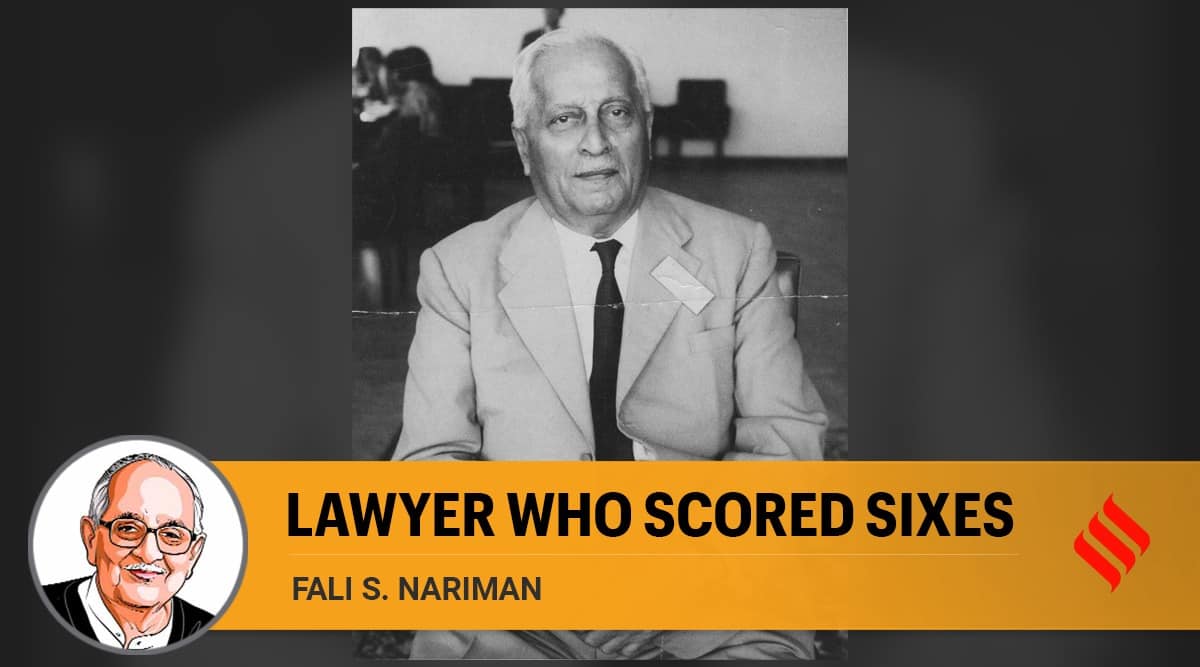 C K Daphtary (1893 – 1983) stood head and shoulders above the rest of his generation, as well as the generation of lawyers succeeding him. He had a benign and dignified face and his head was like that of the Roman senator, Cicero. Like that other great “CK” of cricketing fame (C K Nayudu) he is remembered more for the “sixes” he kept scoring inside and outside the court than for his otherwise consistent “run rate”, which too was phenomenal!

He had a rare gift of what the French call the “mot juste”: He sometimes used it to the chagrin of the other party — though he was never unkind. When many decades ago an attempt was made by a disgruntled litigant on the life of Chief Justice Hidayatullah (CJI from February 1968 to December 1970) the CJI grappled bravely with the assailant (who had an open knife in hand) in Court Room No.1, and with the help of the assistant registrar and one of our own advocates, soon overpowered him. But not before the assailant had injured one of the other justices (A N Grover) sitting on the Bench with him — who suffered a gash on his head. When Daphtary visited that judge in the hospital, seeing his head bandaged but pleased to learn that he was out of danger, he nonchalantly said to him: “They are most dastardly, these assassins — they always attack you on your weakest part!”

The injured judge was taken aback, but seeing the mischievous twinkle in CK’s eye, laughed heartily.

Years after Daphtary had stepped down as Attorney-General of India (1963 to 1968) and resumed private practice, we were both briefed in a case in Bombay — on opposite sides. It was an important company case before the high court. I was briefed by a US Company (Firestone), and Daphtary for the Indian shareholders. I had made a great effort to prepare an efficient case since I was being opposed by a person who was, even at his age, the best advocate in the country. I concluded my arguments on the second day and thought I did reasonably well. Daphtary rose to argue, and spluttered “my learned friend …”; he then cleared his throat, and again said “my learned friend…”. The judge said, “Mr Daphtary why don’t you sit down and take a sip of water.” CK, who was waiting for this opening, said “no, no, my Lord, it is not my throat. It is the arguments of my learned friend — I simply cannot swallow them!”

He could be witty also when things were bad — epitomised during the dark days of the internal Emergency of June 1975. I had shifted from Bombay to Delhi in May 1972, since I had been appointed Additional Solicitor-General of India. A day after the Emergency was declared, I resigned and resumed private practice in the Supreme Court. CK and ST Desai — both Senior Advocates — were distinguished Gujarati-speaking contemporaries. They always came in early to the Bar Library, each sat opposite the other, occasionally exchanging pleasantries, occasionally not. One morning in August 1975, I was the sole witness to the following conversation between them.

ST: (holding a cigarette between third and fourth finger in a loosely-clenched fist, as was his habit, and occasionally inhaling): “Chandubhai, bolo” (“Chandubhai, speak”).

In those dark days, when informers were around, you only spoke when you were compelled to. Unwittingly, these stalwarts of the Bar had encapsulated, in an innocent spontaneous one-act play, the entire sordid climate of the times

I once asked him about Jinnah — Daphtary had been a junior in Jinnah’s chamber. In CK’s opinion, he was the best advocate of his time — which meant that he did not share Chief Justice M C Chagla’s scepticism about the maker of Pakistan.

CK was always in great humour. He and Cicily celebrated their 50th wedding anniversary. After the evening became convivial we all called for a speech. Daphtary rose and said: “You know, Cicily has been my wife for 50 long years. She has been a good wife but in married life of this length I must frankly confess that the first 49 years have been the most difficult!”

It was great to have known him, and I am delighted to be able to write about him on his birthday, April Fool’s Day.

This column first appeared in the print edition on April 1, 2022 under the title ‘Lawyer who scored sixes’. The writer is a constitutional jurist and senior advocate, Supreme Court