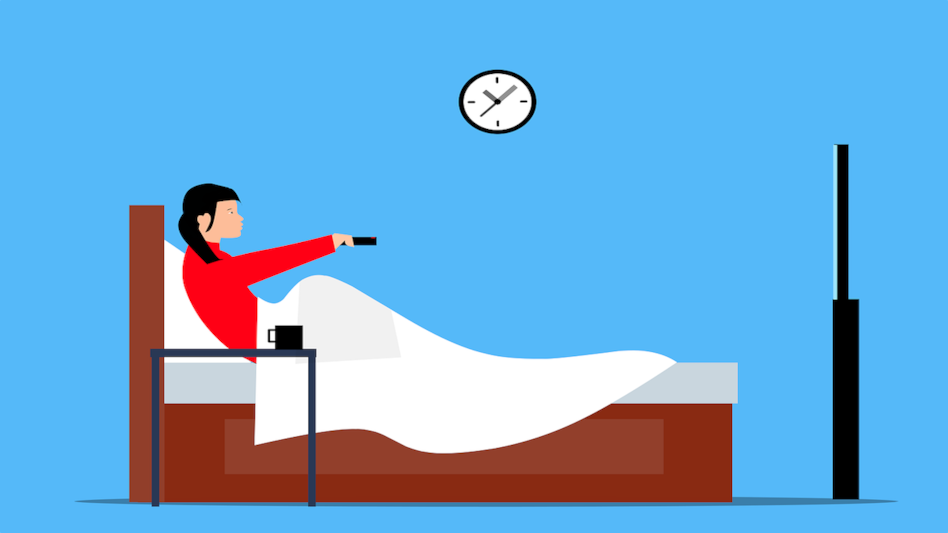 Due to the stressful work culture and the pandemic leading to the elevated use of electronic devices, a whopping 59 per cent of India’s population goes to sleep post 11 pm, revealed a survey conducted by Wakefit.

The survey titled ‘Wakefit’s Great Indian Sleep Scorecard (GISS) 2022’ showed that one in four Indians suffer from erratic sleep patterns and believe that “they have insomnia” due to spending increased time on their smartphones and social media platforms.

Chaitanya Ramalingegowda, co-founder and Director, Wakefit.co, while sharing his views on the report, said, “At Wakefit.co, we have been analyzing the sleep patterns of people from across the country to understand how India has been sleeping over the last five years.”

Ramalingegowda further stated, “In 2022, we observed that over 59% of people went to bed past the ideal bedtime of 11 pm. As a sleep and home solutions provider, our goal is to encourage more and more people in the country to focus on sleep and the advantages of maintaining a consistent sleep cycle. We believe that the findings in the study will resonate with people from across the country.”

The report also indicates that these trends vary across different genders and age groups. People, to combat these deteriorating sleep habits, seemed to rely on aspects such as a dedicated sleeping space and a good mattress, it added in a statement.

When compared to the pre-pandemic period, late-night social media browsing has increased by 57 per cent this year with the fear of insomnia to be higher in women at 31 per cent as compared to men at 23 per cent, Wakefit’s report showed. During the last year, 26 per cent of women and 23 per cent of men felt they were falling prey to insomnia.

Around 38 per cent of women and 31 per cent of men also feel that browsing social media keeps them awake till late at night, which as per the survey has increased as 30 per cent women and 25 per cent men felt the same in 2021.

Around 88 per cent of people use their phones just before bedtime. While this number has dropped from last year’s 92 per cent, it is still an indicator of addiction to digital devices.

The report also revealed that people have become conscious of their sleep space and are taking steps to spruce it up as they have started adjusting to some aspects of a new lifestyle caused by the pandemic. Around 74 per cent of people have claimed to have a dedicated sleep space in their homes and among people below 18 years, this number was even higher with 80 per cent sharing this habit.

In addition to this, around 65 per cent of the respondents also claim that they make their bed immediately after waking up.

The hybrid working model has also made a positive impact on individuals as the number of people feeling sleepy during work hours has dropped from 83% in the pre-pandemic period to 48 per cent in 2022.