Justice Akil Kureshi’s remarks on judicial independence and the collegium strike many chords. Hope his colleagues heard him 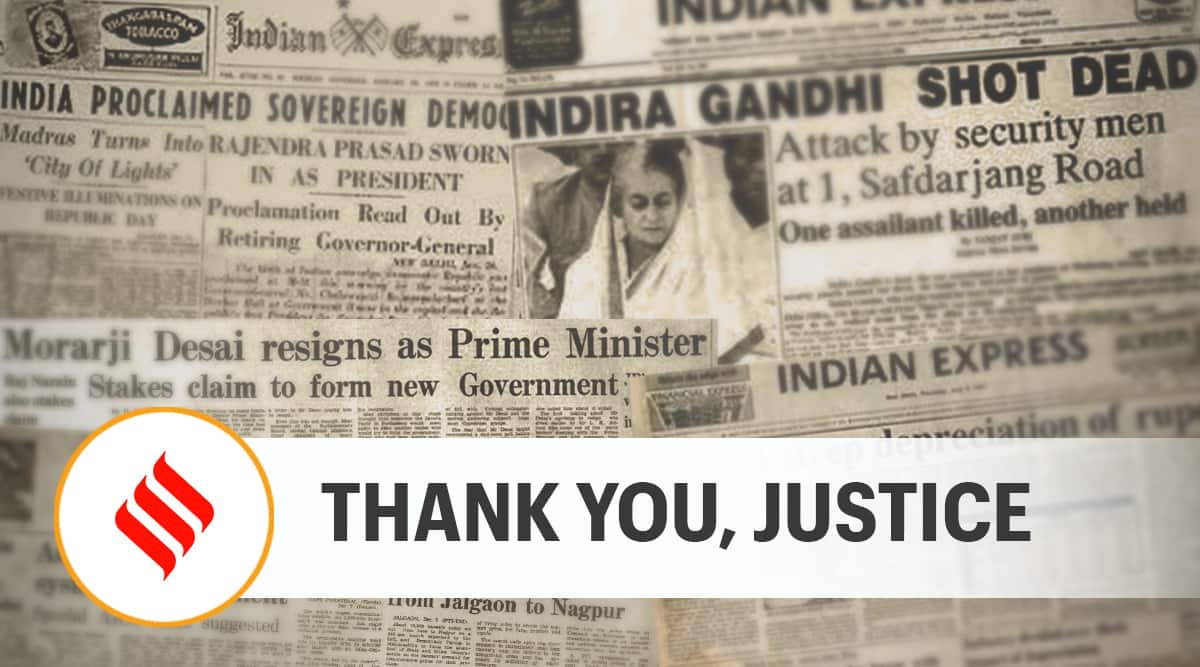 The government may have had reservations about Justice Kureshi — valid or otherwise — but it is the collegium’s refrain on his elevation that is disquieting.

Chief Justice of the Rajasthan High Court Akil Kureshi retired Sunday ending a remarkable nearly two-decade long career as a judge of a constitutional court. In his farewell speech, Justice Kureshi broke his silence on the controversy surrounding his elevation nearly four years ago — and he deserves applause for that. First, he responded to the charge former Chief Justice of India, Ranjan Gogoi, made in his autobiography that the government had a negative perception of him based on his judicial pronouncements. As a judge, Justice Kureshi, said he considers such a perception a “certificate of independence”. He added that what is of a greater significance to him was the perception of the judiciary, which was never officially communicated to him.

It was in 2018, that the government broke convention and appointed Justice A Dave in place of Justice Kureshi as acting chief justice of the Gujarat High Court. As senior-most judge of the court, Justice Kureshi would have had to serve under a chief justice who was his junior. Following protests from the Bar, the government withdrew the notification. He was acting chief justice for just two weeks before he was transferred to the Bombay High Court. When he was recommended for elevation as Chief Justice of the Madhya Pradesh High Court, the government once again stalled the process. The collegium buckled and instead appointed Justice Kureshi as Chief Justice of the Tripura High Court. His elevation to the Supreme Court, when he was second in line in the All India List of Seniority of Judges, was the cause of an unprecedented two-year long impasse within the collegium, virtually stalling all appointments to the Supreme Court. Eventually, under a new CJI, N V Ramana, the impasse was resolved with a list of nine appointments to the SC — that did not include Kureshi.

The government may have had reservations about Justice Kureshi — valid or otherwise — but it is the collegium’s refrain on his elevation that is disquieting. While the collegium system of appointing judges keeps the public away from these crucial conversations, it is of concern that even the judges in question are kept guessing. It is a testament to his judicial tenure that the Gujarat Bar went on an indefinite strike and even moved the Supreme Court on the judicial side when he was not appointed the acting chief justice of the High Court. It is fitting that Justice Kureshi invoked Justice H R Khanna in his farewell speech — Justice Khanna is remembered for his integrity and standing up to the government of the day during the Emergency at the cost of his appointment to the Chief Justice of India’s office. Justice Kureshi eloquently, reminded his colleagues on the bench what that means today — and what a democracy expects them to do.