CBDT Chairperson J.B. Mohapatra says some investors showed crypto asset surpluses as capital gains, some as income from business or income from other sources 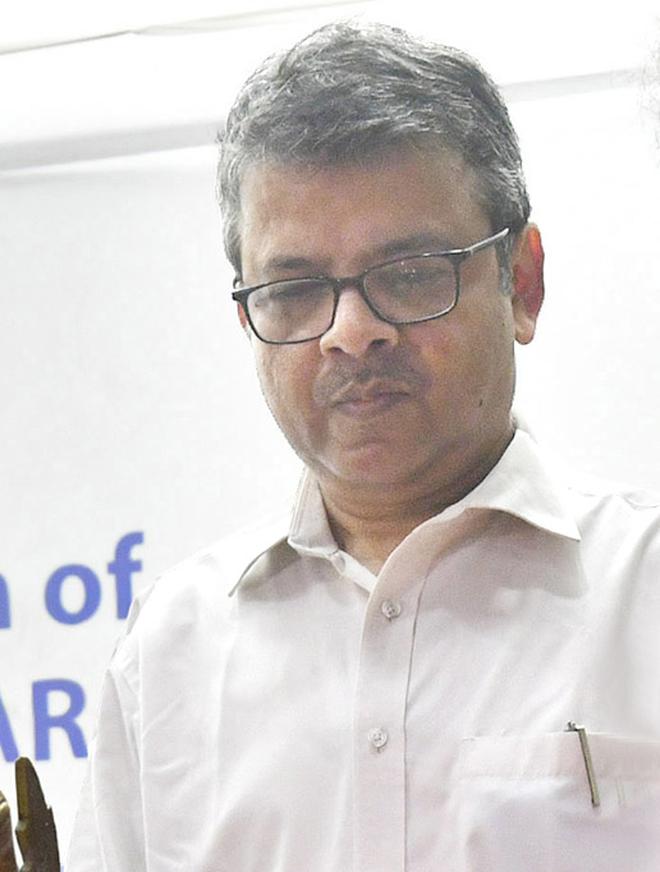 CBDT Chairperson J.B. Mohapatra says some investors showed crypto asset surpluses as capital gains, some as income from business or income from other sources

The new taxation regime for virtual digital assets introduces greater clarity for their investors, and would help the larger ecosystem, Central Board of Direct Taxes (CBDT) ChairpersonJ.B. Mohapatrasaid in an interview with The Hindu’s Vikas Dhoot. He also urged people to read the tax rules and fine print before investing in such assets. Edited excerpts:

The tax on crypto assets without granting them full legitimacy is unusual. Will it kick in with retrospective effect?

That the legislation will kick in from April 1 doesn’t mean transactions before that will be tax-free. Nobody, no investor who we have seen or investigated, has any dispute with regard to the taxability of the surplus coming from digital assets’ trade. We all agree it has to be taxed, but there was some confusion in what way it will be taxed as there is no guidance or legislation available. Sometimes, it is shown as capital gains, sometimes as income from business, sometimes as income from other sources. So this legislation will clear all doubts that it will be under a special chapter with a special rate of tax for the virtual digital asset defined in Section 247A. The TDS (Tax Deduction at Source) provisions (to pay 0.1% as tax for every transaction) are amply clear. If there are any reservations or issues on which we agree that the legislation need to be straightened out, of course, we will work on that. But the virtual digital asset tax brought in would help the larger ecosystem also remain unaffected by the supposed opacity of that particular sector. So it will open up that market for regulatory compliances.

Crypto exchanges now say the rates maybe a little high compared to other countries. Also, a lot of young people are buying them in smaller amounts, without necessarily having taxable incomes?

If the taxability is there, whether it is a businessman or a student, taxability does not discriminate between classes, gender or age. The TDS provisions might be in the mind of people that we may get into unwieldy compliance requirements. But there are exclusions which will not require TDS in certain situations. Before you make an investment, my advice is that read the fine print and rules around that investment, at least about taxation. One cannot jump into a pool without understanding the depth.

If and when we go towards a regulatory regime for these assets, could they be treated on par with other assets with similar tax rates?

Only time will tell. As of now, I’ll keep my lips sealed.

In the changes to the faceless assessment scheme, the omission of Section 144(B)9 that held proceedings as void if the procedure was not followed, has raised some concerns. Does this mean that taxpayers cannot have legal recourse if stated procedures are bypassed?

No, the point is very simple. Section 144B, when it was drafted, it had some issues which have been raised by the courts and the judiciary and by the people at large. There have been voices on it from within the department as well. Section 144(B)9 is expressing something which is always the idea of the department. It’s implicit in our workday that without going through the right processes, you can’t work… The sanctity of the process is as much as rendering of substantive justice to somebody. Whether or not 144(B)9 is there, the fact remains that if you have violated the process, somebody, mostly the judiciary, will step in and say this is non est. It may not be expressed in so many words. What we have done is redrafted the whole 144B while keeping its entire spirit, but straightened out the processes and taken out the rough edges. For example, the right of personal hearing. Now, it is mandated that if a request is made, without going through the process of obtaining permission of the Chief Commissioner, the Assessing Officer on his own will allow it without seeking anybody’s approval. We have also streamlined the review process. Previously, after the review, the cases were going to some other Assessing Officer. Now, it is coming back to the same Assessing Officer who has made the reference for the review. So, we have straightened the rough edges. The essence and character of the faceless assessment remains as before, with no disturbance in this Finance Bill. This is a welcome step for everybody, including the Department, the taxpayer and the judiciary.