Likely to decline to 55-58 million in April 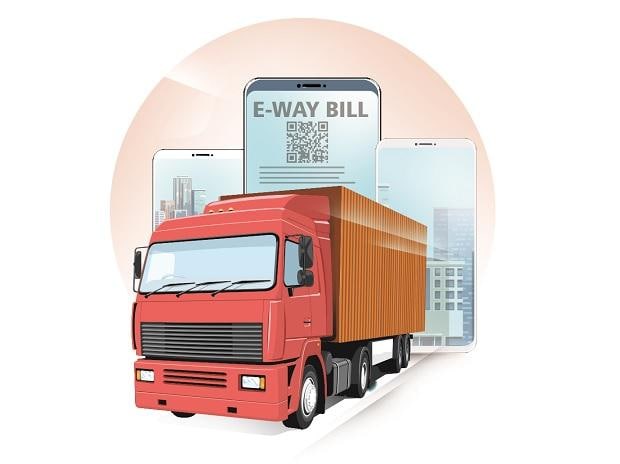 In April e-way bill generation may decline to 55-58 million, which is the lowest since at least November

E-way bill generation, which is related to paying goods and services tax (GST) and a key high-frequency indicator of economic activity, may have fallen to a five-month low in April as more cities experience lockdowns due to a surge in Covid-19 cases.

In April e-way bill generation may decline to 55-58 million, which is the lowest since at least November. On the higher side, it is a 17 per cent decline over March. E-way bill generation in April will reflect in the GST numbers of May, which, experts say, could see a fall of close to 20 per cent.

According to the data by the GST Network (GSTN), the IT backbone of the unified indirect tax regime, 48.9 million e-way bills were generated on its portal as of April 25. This averages 1.95 million per day and Rs 5.86 crore for the month in value compared to an average of 2.29 million e-way bills per day generated in the previous month.

March saw 71.2 million e-way bills, which reflected in record GST collection in April at Rs 1.41 trillion. The GST collection numbers for April capture largely transactions or supplies in March. February also saw an average e-way bill generation of 2.28 million per day. In November there were 57.7 million e-way bills. E-way bills are compulsory for moving a consignment of over Rs 50,000, and hence is an early indicator of trends in demand and supply in the economy, which reflects in macroeconomic indicators with a lag.

August had seen 49.4 million e-way bills, an average of 1.59 million per day. The economy had started showing recovery signs in September last year after the impact of the lockdown in the first quarter wore off. GST collection has been exceeding Rs 1 trillion since October last year.

“GST collection is likely to dip below Rs 1 trillion in May, which was being achieved for the last several months. Also, with the recent announcement on waiving late fees and reduced interest rates for GST filings, a lot of businesses may defer tax payments in May, resulting in reduced tax revenues in the coming months,” said Harpreet Singh, partner, KPMG. M S Mani, senior director, Deloitte India, said the all-time high collection in April, which relates to supplies made in March, could now give way to a muted mop-up in the coming months.

“While some of the services sectors such as hospitality, entertainment and aviation have been grappling with a significant decline in their businesses, any reduction in e-way bill generation could point towards a significant decline in GDP,” said Mani. Rajat Mohan, partner, AMRG Associates, said weekend lockdowns, night curfews, etc across several states had dealt a blow to supply chains country. Citi has lowered India’s GDP estimates for FY22 by 50 basis points to 12 per cent in 2021-22 and has warned of another 50 basis point cut. State Bank of India has also cut the forecast by 60 basis points.