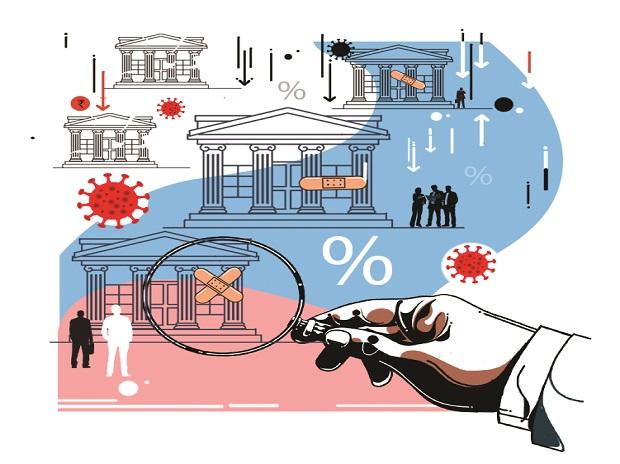 Due to the low credit offtake, banks are saddled with a huge liquidity surplus, on which they have to pay interest to the depositors

Even his worst detractors can’t accuse State Bank of India Chairman Rajnish Kumar of being economical with optimism. So, when the head of the country’s largest bank says, “I have money, but there are no takers of the money,” the signal is loud and clear: India’s bank credit market is in the midst of one of its worst crisis.

Due to low credit offtake, banks are straddled with huge liquidity, on which they have to pay interest to the depositors, but can’t earn interest by deploying loans, their core business.

That explains Kumar’s desperation. Speaking at a meeting of the Confederation of Indian Industry this month, he said, “I hear a lot about risk aversion (among bankers). But isn’t there risk aversion among borrowers also …?”

That’s a valid question as India’s bankers have been under fire for supposedly lazy banking. The Reserve Bank of India (RBI) data shows credit growth has fallen 50 per cent to barely 6 per cent year-on-year. And the prediction is dire. Ratings agency CRISIL estimates credit growth for the fiscal year could be 0-1 per cent, about 800 basis points lower than the pre-pandemic estimate of 8-9 per cent.

CRISIL Senior Director Krishnan Sitaraman says “this crisis is unprecedented and so will its economic fallout be — such as lower capex demand as well as lower discretionary spends, to name some — which will slow down credit offtake significantly across segments in the current fiscal year. The corporate loan portfolio is expected to be the worst-hit.”

Some signs are visible. The latest data shows the lockdown led to a 55.5 per cent contraction in the index of the industrial production (IIP) in April, the worst among the G-20 countries.

While ratings agencies and bankers seem confident that credit demand will be thin, fresh demand could come from the agriculture sector and micro, small, and medium enterprises (MSMEs).

Non-banking financial companies (NBFCs) are slowly coming back as the markets turn risk-averse.

Perhaps these are the reasons why some bankers retain their optimism. “There is demand in sectors like MSMEs and NBFCs. In the agriculture sector also, we are seeing demand due to a good harvest. I believe overall demand will pick up gradually,” says A K Goel, managing director (MD) and chief executive officer (CEO) of UCO Bank. The bank’s disbursements are 30-40 per cent of the sanctioned limit.

S Harisankar, MD and CEO of Punjab & Sind Bank, says credit demand is low but with the gradual lifting of lockdown, some improvement is visible.

“The existing demand is from MSMEs,” he says. But progress has been slow. Against the earmarked Rs 1,200 crore for MSMEs, the bank so far has been able to disburse about Rs 150 crore.

This is partly because banks themselves are changing their eligibility norms for customers, especially for the retail segment.

Credit growth is one part of the challenge. A related issue is Indian banks staring at a potentially huge pile-up of bad loans once the moratorium period is over and borrowers need to square off their dues.

Job losses and salary cuts will hurt retail borrowers, but firms will be affected equally because they have seen their businesses coming to a standstill in the more than two months of lockdown. Some analysts suggest if banks are not careful, gross non-performing assets could double from the existing about 9.3 per cent of the loan book.

On the base case scenario, ratings agency ICRA sees gross NPAs rising to 11.3-11.6 per cent by March 2021. India Ratings sees slippages of up to Rs 5.5 trillion in the country in 2020-21. Companies may account for Rs 3.4 trillion of this and non-companies, comprising retail, farming, and MSMEs, about Rs 2.1 trillion, India Ratings estimates.

But it is important to see what would lead to such a situation.

Suresh Khatanhar, deputy managing director, IDBI Bank, says the bank has revisited the existing norms for borrowers in the retail segment. The scores have been tightened, and the loan-to-value (LTV) ratios reviewed.

Several bankers say if a person has availed of a moratorium, that automatically works as the red flag for the bank. Although the customers’ credit history is not affected, the banks may not be willing to give them fresh loans.

Banks have reduced credit-card limits, and private ones in most instances have taken away the cash withdrawal facility using credit cards.

Khatanhar says the banks are turning cautious in giving loans to people in particular industries such as airlines, tourism, and hospitality. “The exposure can be taken only for those with high credit scores.”

It is in fact, a vicious circle, something that will affect each and everyone in the cycle, picking up banks in the end. Since 70 per cent of the banking in the country is controlled by public sector banks, the government will get affected too.

As corollary, defaults would rise, and restructuring requests would zoom. It would be interesting then to see if banks would want to drag the defaulters to the National Company Law Tribunal (NCLT) for insolvency proceedings.

If they do, experts say, there will be two likely outcomes. One, there won’t be enough buyers for the stressed assets and resolution is nearly impossible, and second, the banks ultimately will have to take a huge haircut on almost all stressed loans. This will be crystalizing losses in bank books, which would need to be buffered by aggressive recapitalisation by the government.

“Banks don’t seem fully prepared as none have started the process of identifying potential borrowers needing restructuring, or are proactively engaging with them,” said Abizer Diwanji, head of financial services EY.

“NCLT is not going to be the answer for banks, but a good one-time restructuring (OTS) will be required and the RBI will allow such OTS,” Diwanji said. It is difficult to estimate the portion of the whole banking sector book undergoing through a moratorium exercise. For SBI, 23 per cent of the book, or Rs 5.57 trillion, is under moratorium. About 22 per cent of the bank’s customers availed moratorium.

The moratorium ends in August, and the impact on the bank’s profitability will be available only in the September quarter.

Banks will not be able to bear the fall in profitability without getting adequate capital. Credit Suisse expects the banking sector will need $20 billion in capital in the next one year, of which $13 billion worth should come from the government to state owned banks towards recapitalisation.

India Ratings expects the capital requirement under the benign provision regime for public sector banks (PSB) would range from Rs 30,000 crore to Rs 55,000 crore. However, if the accelerated provisioning regime is reinstated, then the capital requirement could further increase up to Rs 40,000 crore just to maintain Tier 1, or core capital of banks at 10 per cent, which is 50 basis points higher than regulatory requirement that comes into action after September this year.

“With thin capital cushions and expected increase in stress on asset quality and profitability, we expect PSBs to require Rs 45,000-82,500 crore of capital even under a scenario of low credit growth of 3-4 per cent during FY2021,” says Anil Gupta, sector head (financial sector ratings), ICRA Ratings.

Like everything else, the structure of banks may change, and banks may depend more on digital technologies and artificial intelligence for dealing with both their customers and employees.

“In the coming months, key cost ratios of banks are expected to be stressed, which will compel banks to rethink their fixed cost strategy,” says PWC in a report. This may prompt banks to shift to an asset-lite operating model, in which there could be consolidation of footprint and optimisation of real estate, remote workforce support, outsourcing non-value-add or specialist services.

But that could be true for nimble foreign and private banks, but it may be easy for public sector banks who still connect with their customers through brick and mortar branches.

SBI’s Kumar said in a post-results media call that credit growth will likely be around 7.5 per cent in the financial year ended 2021, down from its earlier projected growth of 12 per cent. The June quarter would not be a great quarter for loan recovery, but that would pick up from September, Kumar said.

The bank however, doesn’t see slippages beyond 2 per cent, but a firm view on this could be arrived after the moratorium period is over. SBI’s slippage ratio was 2.16 per cent for fiscal 19-20.

“It is reasonable to assume that there might be some spike in NPA. Much will depend upon the cash flows. We are hand-holding companies so that they don’t slip into NPA,” adds Harishankar of Punjab and Sind Bank.