Ease of doing business for MSMEs: Here’s what 2023 would mean for MSMEs from policy perspective as a number of developments in the new year are likely to influence small businesses’ growth ahead. 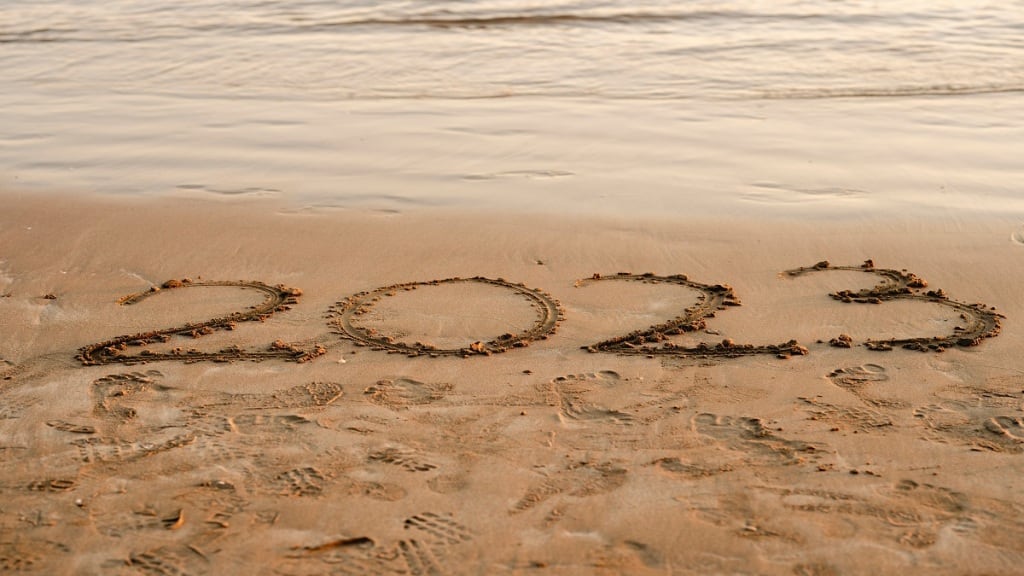 ECLGS expiry will probably be the biggest development for MSMEs in 2023.

Ease of doing business for MSMEs: Much like 2022, 2023 is also expected to see a number of major policy developments by the government concerning micro, small and medium enterprises (MSMEs). While a few of those are certain to take place in the new year, others are tentative yet critical to further shape the growth strategy for the MSME sector in India. Below is the list of the top 10 of them compiled based on the government’s announcements or comments in 2022. Take a look!

ECLGS expiry: Probably among the biggest credit support schemes for MSMEs historically, the Emergency Credit Line Guarantee Scheme is set to expire in March 2023, unless the government gives it further extension. The scheme has already seen multiple iterations and extensions from its original avatar launched in May 2020. It was initially valid till October 2020 but was later extended till November 2020 followed by March 2021, June 2021, and March 2022 before it got the latest extension in last year’s budget with coverage expanded for hospitality, travel & tourism and civil aviation sectors. The scheme’s limit was also enhanced from the original Rs 3 lakh crore to Rs 5 lakh crore. As of November 30, 2022, 71 per cent of the scheme’s amount has already been sanctioned.

Subordinate debt scheme validity: Another scheme by the government launched along with ECLGS in May 2020 – Rs 20,000-crore Credit Guarantee Scheme for Subordinate Debt (CGSSD) for stressed MSMEs will expire in March. Originally valid till March 2021, the scheme intended to support stressed MSMEs or NPA accounts through restructuring. However, the scheme hasn’t been able to attract a sizeable number of potential beneficiaries. As of July 26, 2022, only 782 guarantees amounting to Rs 90.47 crore were extended while the government had envisioned to benefit 2 lakh MSMEs through the scheme. However, the government might extend it further as according to the MSME Ministry’s 2021-22 annual report, “the proposal for modification in the scheme guidelines is in progress.”

Also read: The year that was: Top 10 policy moves in 2022 by govt that mattered most to India’s MSMEs

5 crore Udyam-registered MSMEs: The Udyam registration portal, which had 1.29 crore MSMEs registered (at the time of filing this report), is targetted to reach 5 crore registration count in 2023 – nearly 4x estimated growth in 12 months. Addressing the industry body FICCI’s 95th annual convention in December 2022, MSME secretary BB Swain said, “Our target is to reach 5 crores registered MSME in the system by 2023.” This would further the ministry’s goal to formalise the MSME sector as it will also “open the gates to formal and affordable credit to registered MSMEs.” Over 95 per cent of registered units currently are micro enterprises.

Digitised SME loans: The Reserve Bank of India (RBI) may enable end-to-end digitisation of loans to MSMEs in 2023 along with complete digitalisation of Kisan Credit Card (KCC)-based loans depending on the learnings from the ongoing pilot project of digitised KCC lending (that began in September), according to the central bank governor Shaktikanta Das. Addressing the FICCI’s banking conference FIBAC 2022 in November, Das said the central bank hopes to launch digitised KCC and SME loans sometime during the calendar year 2023. The central bank in a statement in September had noted that small businesses, ancillary industries and farmers in rural areas have to visit a bank branch along with the proof of land ownership and other documents and sometimes, are required to visit the bank branch multiple times.

Surety bonds in public procurement: The government in the last budget had announced allowing surety bonds as a substitute for bank guarantees in public procurement. The move, which was expected to help MSMEs as bank guarantees typically eat into their working capital along with the need for collateral and margin money to secure such guarantees in a public procurement process, is yet to be implemented. Finance Minister Sitharaman in her speech had noted that IRDAI has given the framework for the issue of surety bonds by insurance companies. According to the IRDAI website, on January 3, 2022, IRDAI (Surety Insurance Contracts) Guidelines, 2022 were already released to “regulate and develop Surety Insurance Business.” Moreover, MSME associations like FISME have now reminded the government of its implementation and hence, there is a possibility of it being executed in 2023.

AA, OCEN to enable Rs 3-trillion MSME lending: With the next fintech wave coming with the rise of cash flow-based lending to MSMEs, the lending potential of about Rs 3 trillion next year (2023) itself for MSMEs will be based on GST Invoices and bank statements made available on account aggregator (AA) and banks adopting OCEN (Open Credit Enablement Network), V. Anantha Nageswaran, the Chief Economic Advisor to the Government of India had said the third edition of the Global Fintech Festival in September. Meanwhile, according to the June 2019 UK Sinha Committee report, the overall credit gap in the MSME sector stood at Rs 20-25 lakh crore.

Intra-state e-commerce supply for unregistered sellers: E-commerce sellers supplying goods with a turnover of up to Rs 40 lakh and services with a turnover of up to Rs 20 lakh but unregistered under the Central Goods and Services Tax (CGST) Act and also those registered under the GST Composition scheme will be allowed to make intra-state supply with effect from October 1, 2023. The GST council, under the chairmanship of finance minister Nirmala Sitharaman, in the media briefing on the outcomes of its 48th meeting had, “approved the amendments in the GST Act and GST Rules, along with the issuance of relevant notifications, to enable the same.”

Customs duty exemption on steel scrap to cease: Customs duty exemption given on steel scrap in 2021, which was further extended for another year in the 2022 budget, to provide relief to MSME secondary steel producers will cease in 2023 unless the government intends to extend the exemption further. The budget 2022 had also revoked certain anti-dumping and countervailing duty on stainless steel and coated steel flat products, bars of alloy steel and high-speed steel “in larger public interest considering prevailing high prices of metals,” Sitharaman had said.

Up to 18 per cent credit growth: Bank credit to MSMEs is expected to grow at a “reasonable clip” of 16-18 per cent during FY23 and FY24 also given the MSMEs’ role in Atmanirbhar Bharat initiative and the flow-through impact of schemes such as the Productivity Linked Incentive (PLI) scheme should sustain credit demand, credit rating agency Crisil had noted in November. The MSME credit growth in FY23 and FY24 will be higher than the 10-12 per cent growth expected in credit to the corporate segment during the two fiscals, according to Crisil.

National MSME Policy: Lastly, MSMEs may see some action on the policy front in 2023. The draft for the national policy on MSMEs was rolled out by the government in February 2022 inviting feedback on the measures suggested to promote competitiveness among MSMEs, boost technology upgradation, cluster and infrastructure development, procurement of MSME products and provide dedicated credit support.

“The aim of MSME Policy is to stimulate efficiency and productivity of MSME sector to generate income, employment, etc. to become a part of domestic and global value chains. The draft policy has been uploaded on the ministry’s portal to seek comments from stakeholders,” Minister of state in the MSME ministry Bhanu Pratap Singh Verma had said in a written reply to a question in the Lok Sabha on March 31, 2022. However, there is no official update on the roll-out status of the policy.