Mental health is singularly handicapped because its lobbying power is the weakest. 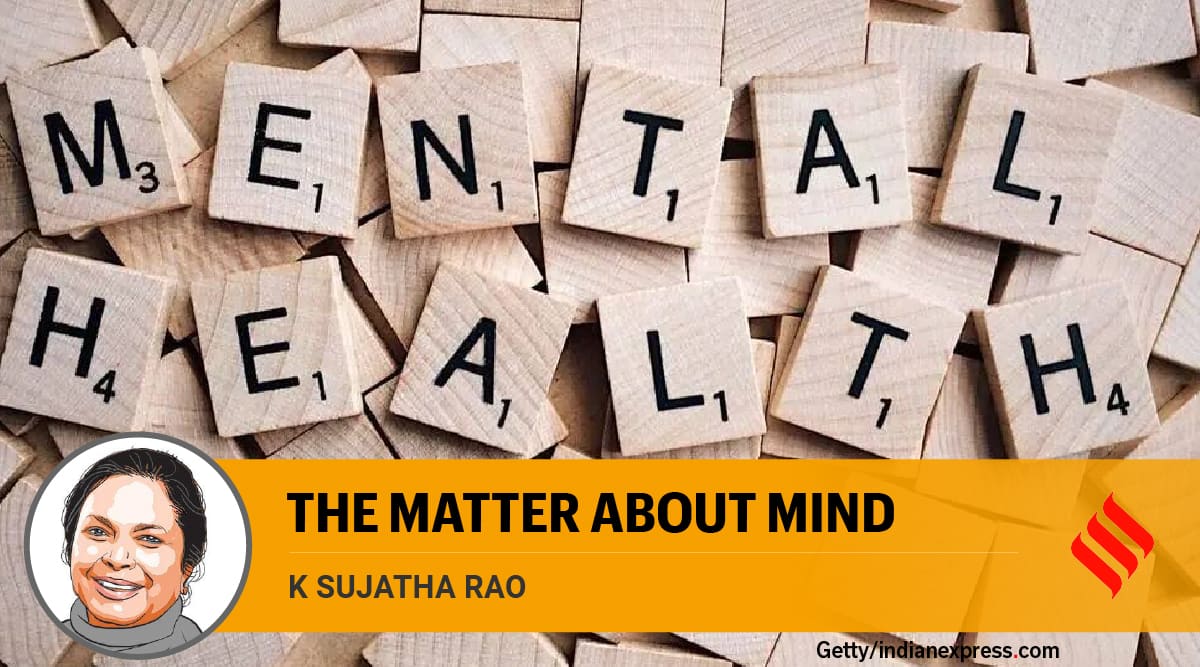 In 2015, the GOI carried out a National Mental Health Survey — 2015-16 to assess the prevalence of mental health in the country. The report showed mental disorders at 10.6 per cent among above 18-year-olds, 16 per cent among the productive age group of 30-49 year olds — and lifetime morbidity affecting 150 million people with one per cent reporting high suicidal risk.

In December 2022, the 5th Global Mental Health Summit, cosponsored by over half a dozen organisations engaged with mental health, was held in Chennai to discuss mental health in the context of human rights, ethics and justice. Highlighting the importance of mental health, it gave a call for action against the continued neglect by society at large and the governments at central and state levels, in particular.

In 2015, the GOI carried out a National Mental Health Survey — 2015-16 to assess the prevalence of mental health in the country. The report showed mental disorders at 10.6 per cent among above 18-year-olds, 16 per cent among the productive age group of 30-49 year olds — and lifetime morbidity affecting 150 million people with one per cent reporting high suicidal risk. Even so, the human resources and treatment facilities are woefully low. Madhya Pradesh, for example, has 0.05 psychiatrist per lakh population and treatment gap in India is about 80 per cent. Against an estimated need of over Rs 93,000 crore investment to address this huge morbidity, the Union government in 2019 earmarked a budgetary allocation of Rs 600 crore, of which 93 per cent was for tertiary institutions such as NIMHANS, and the psychiatry departments of medical colleges, leaving just Rs 40 crore for the District Mental Health Programme and other community-based initiatives. Only a measly Rs 2.91 crore of this pitiable amount of Rs 40 crore was spent.

For policy makers, mental health is a low priority. Such poor policy attention is often ascribed to indifference among bureaucrats and politicians. This is not the whole truth. In an acutely underfunded sector facing overwhelming demands for funding, those with the capacity to shout the loudest get attended to. Mental health is singularly handicapped in this regard as its lobbying power is the weakest.

But a more important reason is the substantial “know do” and “how to” gaps in mental health. The rights-based National Mental Health Policy of 2014 and the Mental Health Act of 2017 decisively made a shift in policy by asking for the mentally ill to be treated on par with those suffering from physical ailments and be treated with dignity. However, there is still a lack of clarity on how the financial and physical resources are to be found and by when.

A good policy has four components: A clear vision with aims, objectives and goals; the design that spells out how to achieve the vision; the quantum of resources — financial, human and infrastructural, required to implement the design; and finally, the surveillance, data, monitoring and evaluation of outcomes at concurrent and periodic intervals for course correction. The first is done. The rest awaits action.

Designing a policy is the most challenging piece of policy-making. A common critique of India’s policy-making system is the substantial hiatus between the desire of what needs to be done and what is actually feasible. Strategic interventions require a nuanced understanding of the challenges and constraints within which a system works, based on consultation and dialogue between policy makers and those affected by the policies formulated. In NACO, for formulating policy and implementing the NACP III strategy, we had nearly 20 technical resource groups with at least 200 members, including a sex worker and a top-notch professor of medicine.

In fact, the example of how India tackled HIV/AIDS can be illustrative. The HIV/AIDS story has four key lessons: One, the need for crafting strategic interventions based on epidemiological evidence from an active surveillance system; two, the importance of modelling different options of addressing the wide array of interventions required in different geographies, among different target groups, to provide the data related to cost effectiveness as well as efficacy of the interventions required for scaling up; three, the proactive advocacy of systemic issues among all influencers — the media, judiciary, politicians, police and other intersectoral departments whose programmes and activities have had a direct bearing on the key populations being worked on; and four, the use of peer leaders and civil society that was allocated over 25 per cent of the budget. Without the active engagement of community leaders, implementation among the poorest and most marginalised, especially criminalised groups, this would have been impossible. Though a central sector programme was fully funded by the central government, every intervention was formulated with active participation and dialogue among the states and more importantly, the affected constituencies.

A similar approach is needed for crafting a good implementable strategy for mental health. The limitations of the biomedical approach and confining patients in hospitals is now acknowledged and backed by evidence. Mental health is even more complex than HIV/AIDS as mental disorders are not merely a one-time ailment that can be cured with some medicines. It is intertwined with the kind of society we live in — the pressures and stress due to poverty and growing inequalities of opportunity, the frustrations of joblessness, the judgmental and discriminatory environment on account of social barriers of caste, gender, religion and so on are powerful triggers — that if left totally unaddressed, the ailment can recur despite medication.

The positive news is the availability of good quality research and models of rehabilitation and care continuum of those with mental disorders by organisations like Banyan, Sangath, CHLP etc. Strategies need to be worked out based on the data and evidence they have. Models such as Home Again and Emergency Care Centers of Banyan or the peer leader-led interventions of CHLP etc. need to be examined for scaling up.

The writer is former Union Health Secretary and author of Do We Care? India’s Health System.