Bruce Willis has retired after being diagnosed with a medical condition called aphasia. What is it, what causes it, and what are the treatments available? 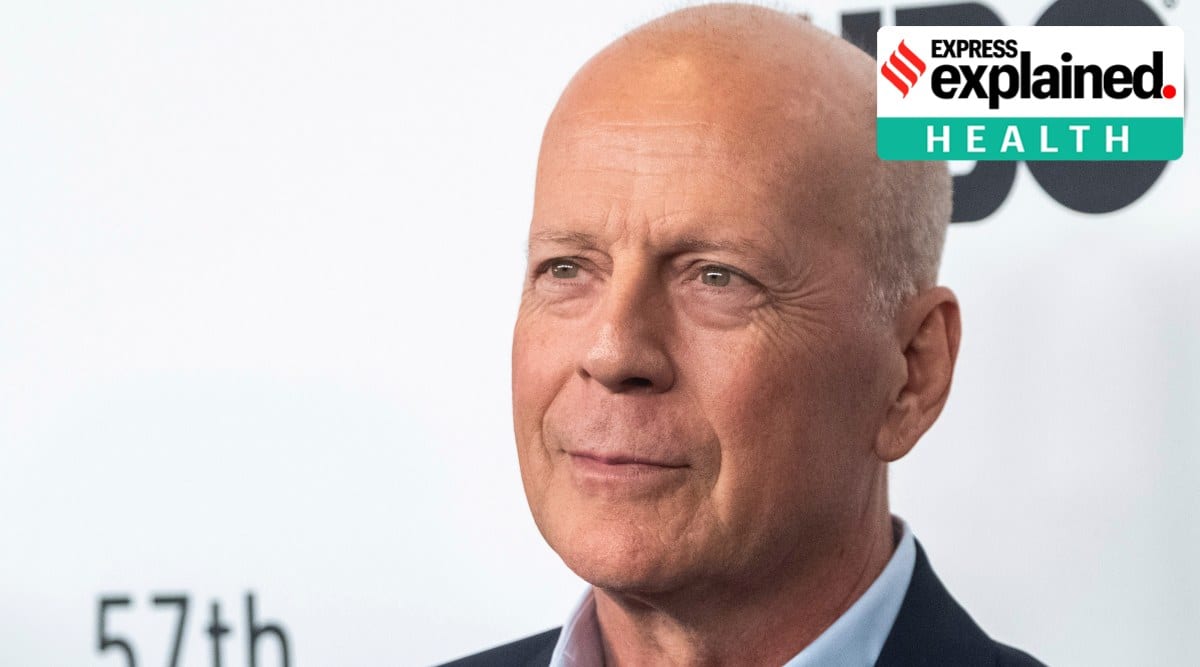 Hollywood actor Bruce Willis, who is known for his portrayal of John McClane in the Die Hard franchise, retired on Wednesday after he was diagnosed with a condition called aphasia, which affects a person’s ability to speak, write, and understand a language.

What is this condition, what causes it, and what are the treatments available? The Indian Express explains.

Aphasia is a condition that essentially disrupts the brain’s filing system – where the people affected aren’t able to find the words they want to say, miss out words in their sentences, or even come up with incorrect words, resulting in them speaking gibberish. Since the filing system is muddled, they also have difficulty understanding others.

The condition can also be a result of damage to the motor skills.

“Language and speech are two different things. If the damage is to the language centre of the brain, it presents difficulty in understanding or being able to find the right words. But aphasia can also be caused by loss of motor function, where you know exactly what you want to say but your brain does not give command to, say your tongue, so you are unable to say it,” said Dr Rajinder K Dhamija, neurologist and director of Institute of Human Behaviour and Allied Sciences (IHBAS).

The condition is brought on by damage to the brain from a stroke, head injury, or a tumour, with stroke being the most common cause in India.

Aphasia can persist as a disability in 21 per cent to 38 per cent of stroke survivors, with around 43 new cases being reported each year per 100,000 population, as per an Expert Group on Aphasia under the aegis of Indian Academy of Neurology. There are around two million people in India living with the condition, according to the groups’ last published data from 2019.

Who is at risk?

Anyone who is at risk for having a stroke, says Dr Dhamija. “Since stroke leads to most of the aphasia cases we see in our clinics, we can say anyone who has diabetes, hypertension, heart disease, who smokes – all the risk factors for stroke would also be at a higher risk of developing aphasia as a result.”https://www.youtube.com/embed/HN5MD5Bb7SM

What are the types of aphasia?

Depending on how the brain is affected and the pattern of impediments, aphasia can be categorised into three groups, according to the Mayo Clinic.

One, expressive aphasia, where the patient can understand others better than they can speak. People with this pattern of the condition struggle to get the words out and often use short phrases such as ‘want food’.

Two, comprehensive aphasia, where the patient might speak in fluent complex sentences, but end up using unrecognisable words, incorrect words, or unnecessary words making it difficult for others to understand them. The patients, however, don’t realise that others cannot understand them.

Three, global aphasia, which results in poor understanding as well as difficulty forming words and sentences.

What are the treatments?

At present, the only treatment available is speech and language therapy, where therapists retrain the brain to sort out the filing system.

“They start with small words and their associations, and move on to more complex ones. We now know that different parts of the brain, which were not affected by the stroke or injury, can take over the functions of the language centre due to what we call neuroplasticity,” said Dr Dhamija.

Studies are ongoing to develop therapeutics that help the brain heal or replenish neurotransmitters. Researches are also studying the use of brain stimulation to treat the condition.