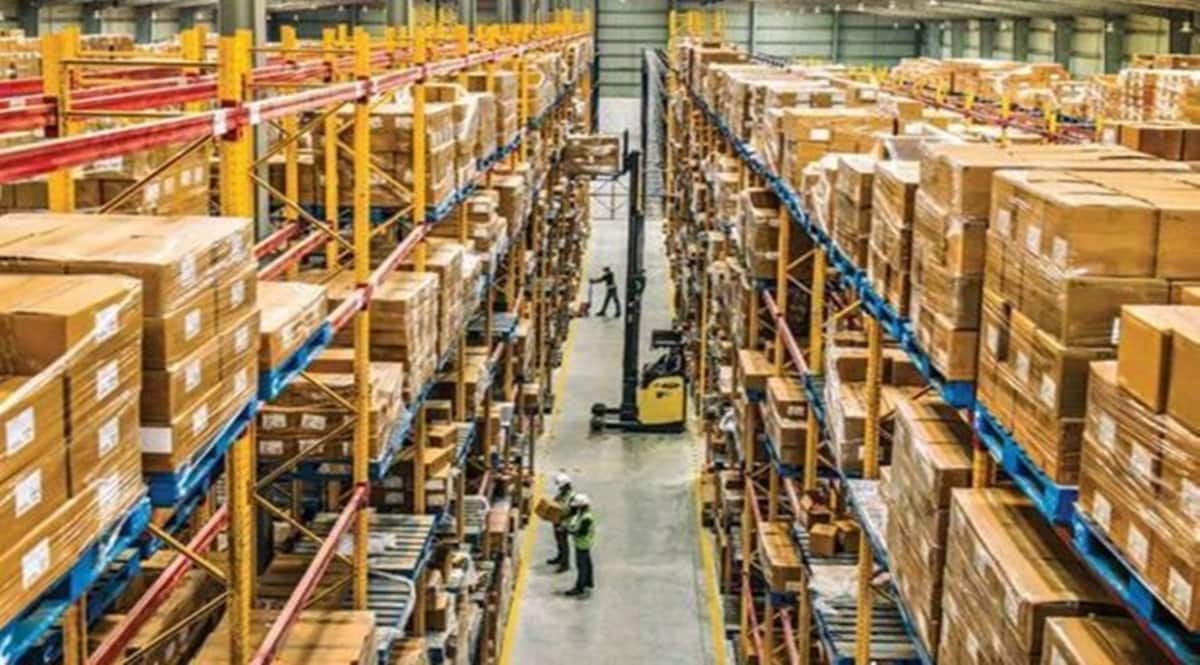 However, this is only a fraction of the actual cost, as there are numerous indirect costs associated with inefficient logistics.

The logistics sector has an important role in the economy, in ensuring efficient movement of goods and services across the country. Thus, it acts as a crucial ‘link’ by connecting the producers and consumers. Due to this, an efficient logistics sector is a pre-requisite for sustained economic growth.

At the outset, inefficient logistics not only entails higher prices for domestic goods but also reduces the competitiveness of exports. Further, these inefficiencies result in greater transportation and turnaround time. This results in increased inventory costs, as the producers are forced to maintain large inventories to meet fluctuations in demand. According to estimates, the logistics cost in India is about 13-14% of the GDP, while its about 7-9% of GDP in advanced economies. This implies India is incurring an additional cost of about $150 billion (~5% of GDP) on logistics than it ideally should. However, this is only a fraction of the actual cost, as there are numerous indirect costs associated with inefficient logistics.

One such effect is reduced investment, both domestic and foreign, due to reduced profitability of firms, which culminates in lower GDP and employment. Further, it is also a factor responsible for a lower share of manufacturing in India, as entrepreneurs/businesses would rather invest in the service sector, which isn’t as constrained by logistical bottlenecks.

There are many reasons for such high logistics costs in India. First, the freight traffic is highly skewed towards road travel (~65% of all freight) despite being expensive. According to World Bank, it costs Rs 2.2 per-tonne-per-km for road freight in India (Rs 1.4 and Rs 0.7 for rail and waterways, respectively). One reason for this is the lack of multi-modal connectivity which prevents seamless connectivity between various modes of transport. As a result, it is easier to transport goods through road, which have greater last-mile connectivity, despite higher costs.

Second, investment in warehousing, freight fleet and technology upgradation has been limited. This is because small enterprises which dominate India’s logistics sector are unable to undertake large investments needed to achieve necessary economies of scale. As a result, not only is the unit cost of logistics high but also the turnaround time for transporting goods (Economic Survey 2019-20). This is further accentuated by the multiplicity of the compliance requirements, from various bodies like MoRTH, GSTN, CBIC, etc.

Any effort to improve the logistics sector in India would invariably have to address these factors. It is in this regard, that the government has made the PM Gati Shakti Scheme a centrepiece of Budget FY23. PM Gati Shakti or the National Master Plan for Multi-modal Connectivity is aimed at developing an organic and efficient infrastructure system to better transport goods and people across the nation.

Through Gati Shakti, all pre-existing infrastructure projects like Sagarmala, Bharatmala, etc, have been brought together on a single platform to ensure synchronised and integrated planning. This breaks away from the traditional approach wherein, each ministry plans and implements its project in silos. Further, Gati Shakti, through indigenously developed spatial planning tools, integrates more than 200 layers of GIS data. The significance of this data is immense as projects of individual ministries can be examined and approved within the contours of the master plan. This would not only boost complementarity between projects of different ministries (e.g. linking rail line with ports) but also prevent geographically conflicting infrastructure (e.g. planning a road over a proposed reservoir due to poor coordination).

By leveraging these tools, Gati Shakti would help develop a transport system that optimises cost and fuel efficiency by allowing seamless movement of goods between various modes of transport. For example, railways and waterways can be used to transport goods over large distances, while roadways can be used to provide last-mile connectivity. Thus, it could also shift the dependence of freight traffic from roadways to more efficient modes like railways and waterways.

The platform would also allow ministries and departments to visualise, review and monitor projects, thus helping identify specific bottlenecks at the ground level. For example, it could show if the delay is caused due to land acquisition or pending clearance, etc. This would not only ensure that projects are completed in the proposed timeline but also reduce the prevalence of cost overruns.

The Multi-Modal Logistics Parks (MMLPs), which would act as the focal point to link various modes of transport, are at the heart of Gati Shakti. MMLPs would also allow for large scale warehousing, container movement and provide scope for value addition like sorting, grading, etc. These would ensure necessary upgradation and automation of the warehouses, thus reducing turnaround time and the costs incurred.

Complementary to these efforts, the government is also developing the Unified Logistics Interface Platform (ULIP) as the digital backbone of the sector. ULIP, in a secure and decentralised manner, would integrate data from various government bodies like GSTN, Vaahan, Customs, etc. This would not only reduce the compliance burden by doing away with tedious documentation, but also create a uniform regulatory framework for the sector.

ULIP would also allow for tracking of shipments by all the stakeholders. Such monitoring would allow the producers and logistics players to not only better identify hold-ups in supply and delivery but also understand demand trends better. This would reduce the need to hold large inventories by allowing for ‘just-in-time’ inventory management. Finally, ULIP would bring resilience to the supply chain resilience by identifying vulnerabilities in the sector as done with the Logistics Data Bank for container tracking.

Presently, such benefits from digitisation are restricted to select large players and not shared by the entire logistics sector. ULIP, due to its universality, could also offset disadvantages faced by the smaller logistics firms, thus greatly benefitting MSMEs engaged in the sector. Thus, ULIP not only has the potential to reduce the logistics cost and improve supply chain resilience but also promote equity.

Finally, Gati Shakti, with investments of more than Rs 100 trillion, would create large-scale employment while stoking investment from the private sector. This is the same phenomenon which contributed to the rise of Asian Tigers during the 1970-80s and more recently, China.

The authors are CEO, and young professional, NITI Aayog respectively.