When the central bank sells dollars, it sucks out an equivalent amount in rupees, thus reducing the rupee liquidity in the system. Dollar inflow into the market will strengthen the rupee which has already hit the 77 level against the US dollar. 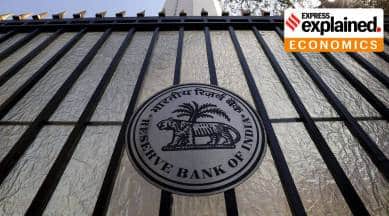 The central bank’s move will reduce the pressure on inflation and strengthen the rupee.

The Reserve Bank of India (RBI) on Tuesday conducted a $ 5 billion dollar-rupee swap auction as part of its liquidity management initiative, leading to infusion of dollars and sucking out of the rupee from the financial system. The central bank’s move will reduce the pressure on inflation and strengthen the rupee.

Don’t miss |Stocks and rupee plunge, crude on the boil: why is it happening, and what should you do?

What has been the response?

The RBI’s planned forex swap auction went through smoothly. The central bank said it received bids worth $13.56 billion for the sell/buy auction. It accepted 86 of these bids for $5.135 billion. The cut-off premium was set at 656 paise. The first leg of the settlement will be March 10, 2022 and the second leg will be March 11, 2024.

What happened during the swap auction?

The RBI sold $5.135 billion to banks on March 8 and simultaneously agreed to buy back the dollars at the end of the swap settlement period. When the central bank sells dollars, it sucks out an equivalent amount in rupees, thus reducing the rupee liquidity in the system. Dollar inflow into the market will strengthen the rupee which has already hit the 77 level against the US dollar.

The swap auction can be done in the reverse way also when there is shortage of liquidity in the system. The RBI then buys dollars from the market and releases an equivalent amount in the rupees.

What’s the impact of the swap?

The RBI would have removed close to Rs 39,000 crore ($5.135 billion) at Monday’s rupee closing rate of 76.91 per dollar. The major impact will be that liquidity which currently averages around Rs 7.6 lakh crore will shrink. The RBI normally brings down liquidity in the system when inflation threatens to rise sharply. With crude oil prices rising sharply in the wake of the Russia-Ukraine war, inflation is set to rise in the coming days.

Further, foreign portfolio investors have been pulling out funds from India. They have withdrawn Rs 34,000 crore from Indian stocks in March so far, putting severe pressure on the rupee. After the swap auction on Tuesday, the rupee recovered to 76.92 from 76.97 on Monday.

More such measures on the cards?

With the rupee under pressure and inflation posing a big risk to the economy, the central bank is expected to come out with more such measures to rein in inflation and prevent a big slide in the rupee. The market is also gearing up for more RBI actions in the near future. “The key to effective liquidity management is the ‘timing’ and having a nuanced and nimble footed approach that responds swiftly to the manner in which liquidity tilts,” the RBI said in the policy review on February 10.