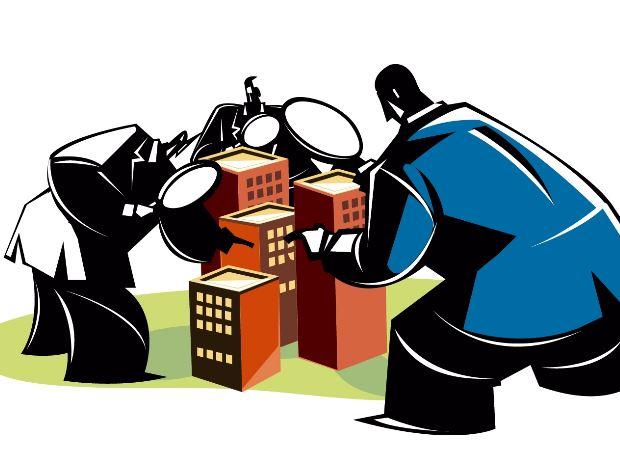 The Investigation Division of the Central Board of Direct Tax (CBDT) has created a record for search operations against “undisclosed income” in FY22. With three months still to go for the year to end, the total as per publicly available data is about Rs 32,000 crore. It has far eclipsed the level set in FY19 under this head, when it was just short of Rs 18,600 crore. In a Covid wracked year, these are astonishing numbers.

Read along with the vastly expanded “predicate offences” powers of its brother department, the Enforcement Directorate, the numbers reflect the expanded powers the tax department has amassed in a relatively short period.

It began with the Finance Act of 2015, when the government brought in the Black Money (Undisclosed Foreign Income and Assets) and Imposition of Tax Act, 2015. The penal provisions of the Act connect with those of the Prevention of Money Laundering Act which meant that any evidence of foreign income that was not taxed would qualify as an offence of money laundering.

In rapid succession followed the Benami Transactions (Prohibition) Amendment Act of 2016 and then the Finance Act of 2017 that connected PAN number with Aadhaar. The Finance Act of 2017 also erased the need for tax officials to declare to a court their reasons to believe a search operation on someone was necessary. Next year’s Finance Act disallowed the scope for tax offenders under Benami or Black Money law to pay a higher penalty and get away. It also brought in the Fugitive Economic Offenders Act, 2018 to go after those who have fled abroad in tax cases of over Rs 100 crore. The stakes were therefore raised for tax offences, since in most search operations the charge for stashing away income in foreign shores was always attached.

It has culminated with the Finance Act, FY22. Instead of having to prove in courts that there was sufficient reason to make out a case for survey or search operation, the CBDT has allowed its officers to “deem” that they have plausible information “that suggests that the income chargeable to tax has escaped assessment” for three previous years.

This means a search operation on someone can begin with the assumption the assessing officer knows why s\he is doing so. With the wide leeway having reached the office or residence of the assessed, the tax officials can dig up evidence that corroborates their hunch.

The results have begun to show. There have been 60 such but detailed press releases on these search operations issued just within 36 weeks of this financial year. Each release brings together a host of these operations and has already exceeded the 12,720 surveys recorded in FY20, according to the department.

Armed with this rewritten Section 148 of the Income Tax Act 1961, “Issue of Notice where income has escaped assessment”, there is no doubt that tax sleuths have hunted around for tax evasions far more vigorously this year. As the table shows, the trend has been rising since the financial year FY17. It received a setback last year, possibly because of Covid. In FY22 the number of cases assessed have returned to the trend line and gone beyond.

An examination of the nature of operations as described in the press releases show, the cumulative impact of tightening up the tax laws against evasion have allowed the department to connect the missing dots in a large number of cases.

For instance in November last year the tax investigators raided a fintech company in Delhi and Gurugram that provided instant short term personal loans through their mobile app.

The data they unearthed was a rich one. The company is allegedly held by a group based in tax haven Cayman Island, “ultimately controlled by an individual of a neighbouring country”. (no prizes for guessing which one). The fintech company had brought in “nominal initial capital as Foreign Direct Investment”, but used the fig leaf to procure substantial working capital loans from Indian banks. “The business model of the company results in high rotation of capital which is evidenced by turnover of Rs. 10,000 crore in its first year of operation” the government release stated.

The fintech company also allegedly transferred Rs. 500 crore to its overseas group companies but those remittances made to the group companies “are either highly inflated or non-genuine. Evidence found also indicates that internal web-based application for lending business was controlled from outside India”. Senior officials said these sort of linkages were impossible to establish from perusal of plain vanilla income tax records.

They have consequently tweaked some of the processes. For years the department has relied on a system of Computer Assisted Scrutiny Selection (CASS) for selecting cases for scrutiny. It was based on inputs from field offices refined with a set of criteria made at the board level. For FY22, it has been set aside. “CASS 2022 with respect to Income-tax Returns for Financial Year 2021-22 has not been executed yet as the parameter finalisation is pending”, the CBDT told Parliament in a written reply in December.

Instead to establish all the connections in a case, the departments have set up a Multi Agency Group (MAG), under the convenorship of CBDT, with Directorate of Enforcement, RBI, Financial Intelligence Unit India, the Foreign Tax & Tax Research division of CBDT as its members agencies. The latest to be included in the membership is the Foreign Assets Investigation Units. The last are supposed to be dedicated units to process information received in relation to foreign assets and income of Indian residents.

The toughest remit of these agencies is that of the Enforcement Directorate. Unlike most countries, the Indian Directorate of Enforcement has the sole jurisdiction to investigate money laundering cases. So even the state police investigating a crime have to refer to ED any money laundering aspect of the criminal activity. And what does money laundering imply? It can range from corruption in government offices to stock market manipulation, child labour, copyright or even environmental offences. The list is far beyond the usual narcotics, fake currency or human trafficking. Since arraignment under money laundering is a tougher offence, the CBDT hopes it will also overcome its dismal score sheet to prove satisfactorily to the courts that these cases were genuine ones of tax evasion. In FY20 CBDT filed over 1,225 prosecution complaints but could get conviction for only 49 persons. Money laundering charges stand a better chance through the courts.

It is a long list and as the search results from this year are showing up, almost any economic crime is now potentially the joint subject matter of income tax and the ED.