In his speech, the RBI governor had alarmed a few bankers, especially the private ones, by stating the RBI is watching closely banks driven solely by profit motive 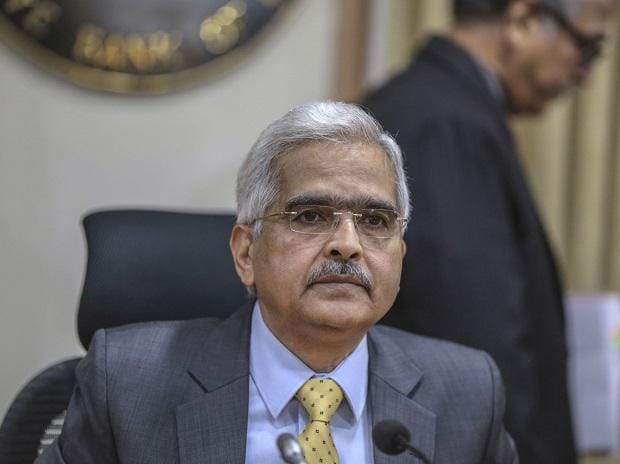 There should be more debate and discussions about cryptocurrencies, and when a central bank of a country cautions about something, in this case cryptocurrency, it should be taken seriously, said Reserve Bank of India (RBI) governor Shaktikanta Das.

The RBI governor was unusual in his frankness, finally relieved that he could address audiences physically for the first time since the pandemic. He was done with his keynote speech at the annual SBI Banking & Economics Conclave, addressed to a hall filled with senior bankers and who’s who of the Indian corporate sector. Dinesh Khara, chairman of country’s largest lender State Bank of India and host of the event, was moderating a question and answer session with the governor.

In his speech, the RBI governor had alarmed a few bankers, especially the private ones, by stating the RBI is watching closely banks driven solely by profit motive.

The governor was asked about his view on the standing committee on cryptocurrencies, and whether it would be right to treat such private currencies as an asset class, if at all a Bill approves that in the winter session of the Parliament.

The governor was not privy to the discussions of the standing committee, but he was unusually strong for a mild-mannered former bureaucrat, who’s on his way to become one of the longest serving RBI governors on record.

“When the central bank, which has been entrusted to maintain macroeconomic and financial stability of the country, says after detailed internal deliberations that we have serious concerns (about cryptocurrencies) … that there are deeper issues, far deeper issues involved, then there should be serious discussions around it,” Das said.

“I am yet to see any such serious, well informed discussions,” he said, while lamenting that talks on the issues mostly centre around the fact that it is a new technology and the central bank must embrace or regulate it.

Repeating his warning on the issue once again, the governor said the blockchain technology is a decade old, and it is here to stay and grow, but cryptocurrencies, which are developed around blockchain, are different matters altogether.

The RBI governor also stuck to his earlier assertion that the number of users logged in cryptocurrency platforms is “highly exaggerated”.

Accounts are being opened for Rs 1,000 to Rs 2,000 investment, and even for Rs 500. Moreover, the central bank has received feedback that credit is being provided to open the accounts and boost the numbers. These small value investors consist of 70-80 per cent of the investor base of these platforms. But he also acknowledged that the value of investments in cryptocurrencies has increased in the country.

SBI chairman Khara commented that the easy liquidity has led many to misprice their loans, albeit knowingly, anxious to grow their books. In his layered question to the governor, Khara asked if there would be same kind of liquidity support for banks and corporate entities when needed because variable reverse repo rate (VRRR), the lower end of the policy rate corridor, inching towards repo rate, the upper end of the corridor, is being taken by the market as a clear indication of rate and liquidity normalisation.

The RBI governor replied that whether the loans are mispriced or not was the commercial decision of the banks.

“As we have told bank CEOs a fortnight back, the mere fact that there is excessively excess liquidity should not lead to any mispricing of loans because this extensive liquidity is not going to be a permanent feature,” Das said.

The beginning of the liquidity infusion, when it happened last year, was the need that time to stop a meltdown in the mutual fund industry, the RBI governor said, while he assured of ample liquidity support whenever needed. Now, the RBI is rebalancing the liquidity.

“Let me make it very clear. There will always be adequate liquidity to meet the requirements of the productive sectors of the economy, but slowly, we want to rebalance the economy in a manner that banks are left with that much liquidity that is needed and not excess,” the RBI governor said.

“We will not interfere, but we will see what kind of vulnerability there is, or what kind of risks are building up in the bank, and our first priority would be to caution the banks themselves,” the governor said.

Bank privatisation plan of the government is well on track, but the RBI’s role is largely limited to approving the right promoters using the central bank’s fit and proper criteria. The central bank will also play a role in amending the Bank Nationalisation Act in order to facilitate the privatisation.