Bajaj expects the collections to break the Rs 1.4-trillion record 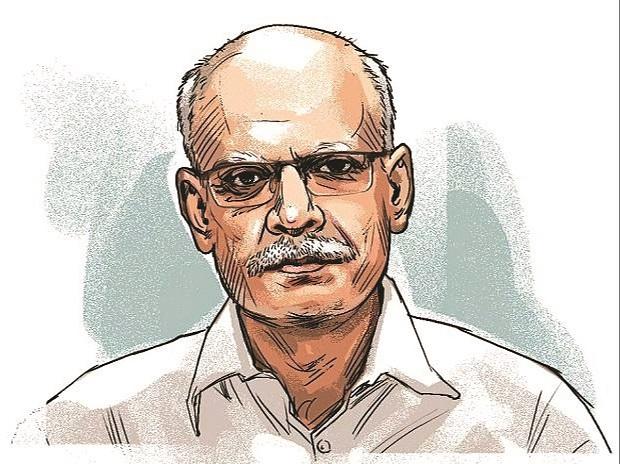 The uptrend in GST collections will continue in the remaining quarters, Revenue Secretary Tarun Bajaj tells Shrimi Choudhary in an exclusive conversation, attributing the rise to both tax administration and economic recovery. Bajaj expects the collections to break the Rs 1.4-trillion record. Edited excerpts:

GST collections recorded the second highest figure ever since the new indirect tax was introduced. Do you think this momentum would continue or is it driven by the festive season?

The uptrend in the revenue collection should continue and even break the previous records. I don’t think that the festive season is solely responsible for the uptick, as the latest figures are related to business activities in September, which was only the beginning of the festival season. The months of October and November have Dussehra and Diwali which are being celebrated all over the country and we are yet to see those numbers. So, we expect that revenues should continue to be robust on account of uptick in the economy and strong tax administration. Our compliance system, IT system and intelligence are in place, which have made it difficult for people to be non-compliant or evade taxes. That is why we have seen a significant increase in the return filing as we are not letting people file their e-way bills, if they don’t file returns. Even taxpayers can’t issue a GSTR-1, if they continue to default on GSTR-3B. Besides, if they don’t file their returns for six months, their registration will be suspended automatically. So, all this has made people, including unscrupulous elements, realise that they have to comply with the law.

How much robust tax collections could be attributed to economic recovery and how much to tax administration?

Both factors are equally crucial for robust revenue collections. Tax administration is an important part which we have been working on. We are focussing more on developing tools in our IT systems to flag up the potential risk instead of cracking the whip. We are keeping a constant check on people who are not doing business correctly and accordingly taking corrective actions.

The government has already collected a significant amount of compensation cess so far against the Budget target of Rs 1 trillion. Do you think it will be surpassed and will there be less requirement of loans to be generated from the market to compensate states?

We have already given Rs 1.59 trillion to states. So, there is no question of giving them more. But, if revenues are robust, then 14 per cent growth is also covered in that. So, if the actual realisation is more than the Budget estimates, compensation required for states in future would be less. … We also have arrears for the last year. So some of those arrears will be paid off this year. This is what we had mentioned in the GST council meeting.

GST Council clarification on various issues particularly imposition of higher duty on ice cream parlour had not gone down well with industry. It has also written to the finance ministry. Is there any scope of its roll back?

I can’t decide. Only the GST council can decide. So, let us see the council agenda which is yet to be decided. We might bring it to the council which may take a decision.

Looking at the direct tax collections up to September, do you think it will exceed the budgetary target?

We expect to exceed the BE. However, we will get a clearer picture once we know the status of tax refunds and how it performs. Also, the advance tax payments by companies in the October-December quarter and their estimation for the whole year is an important factor. We are expecting further growth in tax collections once we have TDS figures in the coming months and advance tax collection of the third quarter. We have been pushing tax refunds in a major way and releasing them almost every week. Earlier, the return filing used to take time to process resulting in refunds shifting to the next year. Despite the initial troubles in the portal, we are able to process our returns very fast so that we can issue refunds at the earliest, and hope to continue this in the coming months.

Considering the high base, do you think the tax collection growth target for next fiscal would be moderate?

We will decide the budget target for next financial year (FY23) in December and January 2022 based on the third quarter advance taxes payments. Some sectors are doing well. But sectors like motor vehicles are facing issues. Obviously, their profits will go down and payment from them would be much less. And if the chips are not there, then production of the other items which require chips is also slightly slower. So, let’s see in December. Notably, this year budget targets were over 16 per cent more than the previous year (FY21), which signals the tax buoyancy of 1.1.

Last Council meeting could not fully take up the inverted duty structure of GST. What are the plans for the next meeting and when is it?

The GST Council meeting should happen before the end of December. On rate rationalisation, a committee has been set up under Karnataka chief minister Basavaraj Bommai and we will await the recommendation of that committee. The committee is expected to hold meetings soon, where many states would be represented.