The ‘commercial wisdom’ of CoCs has come under scrutiny after recent instances of massive haircuts under IBC. Is the proposed ‘code of conduct’ the solution? 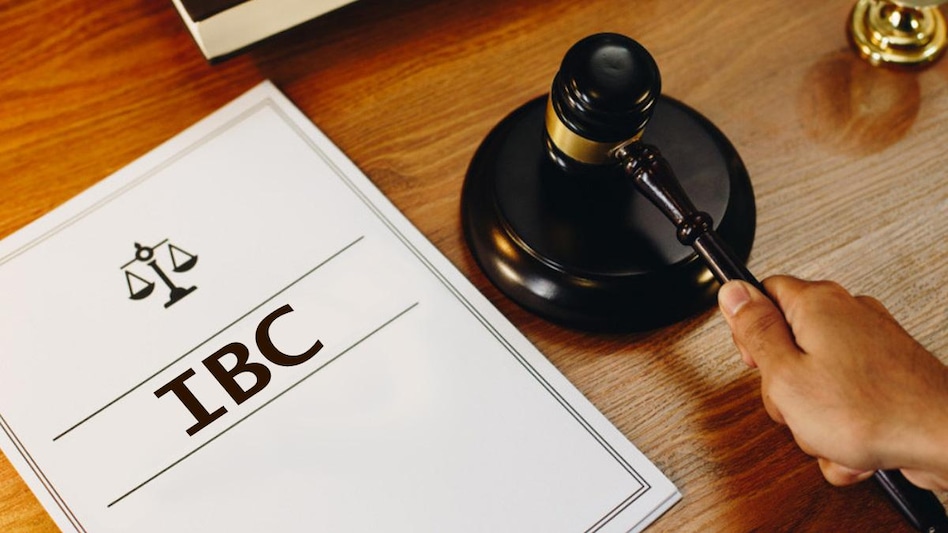 On June 8 this year, the Mumbai bench of the National Company Law Tribunal (NCLT) approved the resolution plan for Videocon Industries Limited. The consumer durables company and its 12 subsidiaries had defaulted on repayments of Rs 64,838.63 crore. Of that amount, Videocon’s lenders had agreed to a resolution amount of Rs 2,962.02 crore. That was a massive 95.85 per cent haircut — the dues banks are ready to forgo in case of settlement — on the admitted claims.

However, the NCLT bench — comprising Member (Judicial) H.P. Chaturvedi and Member (Technical) Ravikumar Duraisamy — made a very interesting comment while passing judgment. They questioned, in writing in their 47-page judgment, whether the Committee of Creditors (CoC) was taking a haircut or a “total shave”.

The jibe was aimed at Videocon’s lenders, led by the State Bank of India (SBI) and including Bank of Maharashtra, IFCI, Morgan Securities, and SIDBI. After almost three years of insolvency proceedings, the CoC had settled on taking the massive 95.85 per cent haircut. The winning bid was from miner Vedanta Group’s fully owned subsidiary, Twin Star Technologies Limited.

The NCLT Bench observed that Twin Star was paying virtually nothing for Videocon’s assets. “… The plan is approved for an amount of only Rs 2,962.02 crore, which is only 4.15 per cent of the total outstanding claim amount and the total haircut to all the creditors is 95.85 per cent,” read the judgment.

Then came the sarcastic observation. “Therefore, the successful resolution applicant is paying almost nothing and 99.28 per cent haircut is provided for operational creditors (Hair cut or Tonsure, Total Shave).” On a more serious note, the judgment pointed out that the meagre payout of 0.72 per cent to operational creditors — a majority of whom are micro, small and medium enterprises — may even lead to their insolvency.

Videocon’s insolvency resolution is still meandering in legal alleys. First, several smaller lenders challenged the NCLT’s decision in the National Company Law Appellate Tribunal (NCLAT). Then, in August, Twin Star approached the Supreme Court, which directed the NCLAT to adjudicate on the matter to avoid further delays. However, in a surprise U-turn in September, SBI petitioned the NCLAT to allow the CoC to re-invite bids for Videocon considering the substantial haircut the lenders would have to swallow if Twin Star’s offer went through.

Remember, this was the same group of lenders that had approved the Twin Star resolution plan by an overwhelming majority of 95 per cent votes last December. It’s worth noting that the promoter of Videocon, Venugopal Dhoot, too, had made an offer of about Rs 30,000 crore in the first round. SBI’s petition for a second auction will soon be heard by the NCLAT.

The NCLT made a similarly strong observation on lender haircuts in yet another insolvency case, that of Tamil Nadu-based Siva Industries and Holdings Limited. Here, the CoC, led by IDBI Bank, had agreed to a settlement amount of Rs 328.21 crore, which translated into a whopping 93.5 per cent haircut on the total admitted claims of Rs 4,863.87 crore. The Chennai NCLT rejected the plan in August, saying it would go by its “judicial wisdom” rather than the CoC’s “commercial wisdom” and ordered Siva Industries be liquidated. The machinery parts manufacturer’s promoter, C. Sivasankaran, has challenged the order in the NCLAT.

At this point, it should be noted that the Insolvency and Bankruptcy Code (IBC) does give a lot of significance and weight to the “commercial wisdom” of the CoC. However, this wisdom is now under scrutiny due to the huge haircuts CoCs have been accepting to resolve cases. In fact, the Parliamentary Standing Committee on Finance, headed by BJP leader and former Minister of State (Finance), Jayant Sinha, also red-flagged such instances in a recent report. It also made a suggestion.

“According to the Ministry of Corporate Affairs, ‘the commercial wisdom of CoC is supreme’. In the committee’s view, keeping in mind the experience gathered so far, there is an urgent need to have a professional code of conduct for the CoC, which will define and circumscribe their decisions as these have larger implications for the efficacy of the code,” read the committee’s report, which was tabled in Parliament on August 3.

In essence, almost four years after being put in place to deal with the burden of soured corporate loans, the CoC, one of the key pillars of the insolvency ecosystem, has drawn flak from two key institutions — the adjudicating authority and a Parliamentary committee — for the extensive haircuts being accepted in insolvency cases. It was time, the Parliamentary committee said, for the government to formulate a set of guidelines for the CoCs.

The Ministry of Corporate Affairs (MCA) and the Insolvency and Bankruptcy Board of India (IBBI) have set the ball rolling in that regard, mindful that CoCs are currently the only unregulated aspect of the corporate insolvency resolution process. Within days of the Parliamentary committee’s report, the IBBI circulated and received public comments on a discussion paper regarding a code of conduct for CoCs, among other issues.

In fact, the discussion paper also points out that CoCs committed irregularities in 11 cases, in contravention of IBC provisions, thereby inviting the ire of the adjudicating authority. The most glaring among those was the matter of Andhra Bank vs. Sterling Biotech Limited and Ors. The paper points out that absconding and ineligible promoters (as defined by the IBC) attempted to take over the pharma company in the guise of a one-time settlement that was approved by 90.32 per cent of the CoC. The NCLT had observed, “This also raises doubt about the functionality of the CoC. Such an act of CoC can never be treated as an act of commercial wisdom.”

The guiding principles of the code will be transparency, accountability and adherence to the interests of all stakeholders. The “Code of conduct will promote the transparent working of the CoC and make participating members accountable for their actions during the process. Any attempt by members of CoC to make favourable decisions in the interest of any particular (group of) stakeholder(s) would be avoided, thereby ensuring that the principle of fairness is met,” the discussion paper states.

“The discussion paper on code of conduct for the CoCs is scheduled to be deliberated in the IBBI board meeting soon,” says a highly placed IBBI source close to the development, on condition of anonymity. “If the board approves the code of conduct, it will be notified under IBBI regulations. There is no need to amend the law for this.” If approved, the code may get notified by mid-October, the source adds.

That said, experts are divided in their opinion on the efficacy of the proposed code of conduct. Some see it as a step in the right direction. “The biggest advantage of having a code of ethics for CoCs is that it will streamline a lot of processes. To have something very binding may be an issue, but a guideline enumerating the best practices will facilitate the resolution process,” Veena Sivaramakrishnan, a partner at law firm Shardul Amarchand Mangaldas & Co, tells Business Today.

In fact, some insolvency resolution professionals (IRPs) say such a code of conduct — whether as a guideline or backed by statutory law — may not be enforceable for very practical reasons. “A set of guidelines or code of ethics for CoCs may not serve as a panacea for the issues facing the insolvency process, especially haircuts, as assets in these cases have eroded to such an extent that their depreciated value does not match the claim size, which is very big,” Mamta Binani, an IRP, tells Business Today.

The principal amount may not be large, Binani says, but adding on the post-default interest, damages, and interest on interest penalty makes the claim amount quite substantial. A buyer, on the other hand, would want to pay only for the value of the asset. “There is a huge gap and one cannot blame the CoC in a situation like this,” she says.

More than a code

“Even during the insolvency process, a lot of things like predetermined decisions on the part of the financial creditors were tried. But it did not work. Why can’t the banks come with predetermined decisions when the agenda of a CoC meeting is shared much in advance? These things unnecessarily delay the process and people start losing faith in the system,” Bhatt says.

In effect, IRPs blame asset-claim mismatch and procedural delays for low bidder interest in insolvency cases. This is best addressed by a complete overhaul of the insolvency process, rather than an ethics code for the CoC.

This view on the reason for low bidder interest finds resonance in some quarters. The Parliamentary committee report quotes MCA Secretary Rajesh Verma’s oral reply to a query on the massive haircuts, “Initially when the companies came to IBC, 33 per cent of the companies that were rescued were defunct. They virtually did not have anything.”

The recovery rate against admitted claims in insolvency cases has been declining since 2017. IBBI data shows the highest recovery was registered in 2017-18, at 51.3 per cent, when the IBC was in its nascency. The lowest recovery, of 16.8 per cent, was logged in 2019-20. While that was a steep drop from the 46.4 per cent recovered in 2018-19, recoveries rebounded to 28.5 per cent in 2020-21. The data also shows that the average haircut in 363 mega resolution cases over four years was 80 per cent.

The IBBI source, however, points out that in the 400 major cases resolved in the past four years, a total of Rs 2.5 lakh crore was recovered, with creditors taking a 60 per cent haircut. The source also points out that close to 19,000 cases were settled before reaching the NCLT, with about Rs 6 lakh crore recovered. “Also, on an average, we are getting 180–185 per cent over the liquidation value,” the source adds.

Litigation delays, too, have had an impact on the resolution process and recoveries. “Delays in the resolution process, with more than 71 per cent cases pending for more than 180 days, clearly points towards deviation from the original objectives of the Code intended by Parliament,” the Parliamentary committee report said. It emphasised this by noting that the roughly 13,000 cases pending at the NCLT involve an amount of Rs 9 lakh crore. It also made a suggestion. “The committee, therefore, feels the design and implementation of the Code, as it has evolved, needs to be revisited.” Bhatt, however, feels the banking regulator — the Reserve Bank of India — should make structural reforms to ease the insolvency process. “An amendment to the RBI Act incorporating strict guidelines with penal provisions for the banks is needed to deal with the situation. The amendments could put in place fixed timelines for CoCs for every milestone of the corporate insolvency resolution process,” he suggests.

Binani agrees on the need for structural reforms and adds that having a code of conduct isn’t an admission by the government that the CoC is not functioning responsibly. On its part, the standing committee has suggested the NCLT should admit cases in 30 days and asked the CoCs to avoid late and unsolicited resolution plans as they create uncertainty and discourage genuine bidders, ultimately leading to value erosion.

It seems that conventional wisdom may trump commercial wisdom.