As former finance secretary Sumit Bose pointed out, govt often does not set clear milestones. The penalties, too, are often most difficult to invoke owing to a 1987 SC ruling 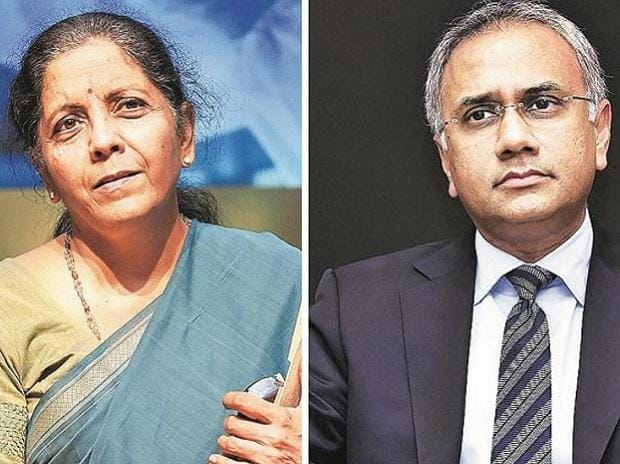 The public reprimand by a minister of a private contractor — in this case, the Bengaluru-based IT major Infosys — is unprecedented. Yet no one in the finance ministry is keen to explore alternatives such as a court case in the disp­ute with Infosys on the tech glit­ches on the website for income tax payers. It is too early, demurs one of those involved in the process; but it is also a fact that government departments do not have a great record in pursuing and winning such cases.

This is partly because tax cases in tribunals stretch for years and land acquisition cases are put in the ninth schedule of the Constitution to protect them from being overturned by courts. Another reason for this failure rate in court mostly has to do with difficulty in pinpointing where the vendor has slipped up and where the government dep­artment concerned is at fault. The new website launched by the income tax department from June 7 this year fits this template. It offered a wealth of new services. But taxpayers found the site was down more often than up. Since the department had just changed business partners from TCS to Infosys, there were red faces all round.

This is what prompted Fin­ance Minister Nirmala Sithara­man’s high-profile summons to Infosys CEO Salil Parekh to North Block. She has stipulated a mid-September deadline for Infosys to fix the glitches. But it is worth noting that the finance minister did not spell out what would happen if the deadline is breached.

This new project was a continuation of the Central Board of Direct Taxes (CBDT) programme of upgrading its technology backbone since 2007. Now, some 70 million taxpayers file their tax returns to the Centralised Pro­c­e­ssing Centre (CPC) in Bengal­uru from wherever they are in India or abroad. The CPC’s IT framework has been run by TCS since 2011.

However, there were gaps between the filing of the returns and their processing at the CPC, which the CBDT felt needed to be fixed. It called for tenders for an “Integrated E-filing & Centralized Processing Centre CPC 2.0” in February 2018. In­fo­sys won the award in January 2019 as the L1 bidder, displacing TCS (though the latter retains some CBDT projects).

Infosys was supposed to offer an environment of “near real-time processing of returns” for the department. One element of that is sought to be achieved by the use of pre-filled income tax returns for every taxpayer. As the finance ministry’s annual report spells out, “a need has arisen for a complete ambitious transformation of taxpayer’s experience and the business model in sync with worldwide trends”. This meant achieving a “first-time-right” outcome, where the dep­art­ment, the army of chartered accountants and millions of taxpayers are always connected through real-time data exchange to achieve total seamless integration. It is the equivalent of running a tax system modelled like the online railway reservation system.

But IT systems officers in the finance ministry ack­n­owledge that the CPC 2.0 project had a very short lead time. It was supposed to be­gin in April 2020, just a year after the contract was handed out.

Though the deadline was shifted to June this year, the pr­o­ject needed several other components to slide into place. One of these is the taking over of the existing Local Area Net­works in tax offi­ces to assure end-to-end secured network connectivity: The depa­r­tment now seeks to have about 97 per cent of its sites on optical fibre cable as the medium for re­li­able last mile connectivity. There are also sub-connections, such as one to ensure minor tax payments outstanding with sm­all taxpayers. All this will req­uire roping in a large army of small companies, banks and chartered accountants for the department to obtain informat­ion about taxpayers. These are vast requirements of data mining.

This lack of sufficient testing for such complex requirements has resulted in operational glitc­hes. It is a problem, a senior CBDT official acknowledged, that had bedevilled the early rollout of the Goods and Services Tax in 2017 (a project that Infosys also handled). As a result, ins­t­ead of a system that “redefines income tax filing and processing in India to provide the best-in-class experience to all taxpayers” the CBDT has had to repeatedly offer relaxations in electronic filing of income tax forms since June. The latest one runs thro­ugh September. “We are not sure it will happen even then,” said Sanjeeva Narayan, partner, Ash­wani & Associates, a Delhi-based mid-sized tax consultancy.

As former finance secretary Sumit Bose pointed out, the government often does not set clear milestones. The penalties, too, are often most difficult to invoke owing to a 1987 Supreme Court ruling (Sambamurthy versus State of Andhra Pradesh) to the effect that the powers conferred on the official of the government ag­ency to impose penalty is not fair since the agency is a party to the contract. The best, it seems, the finance ministry can do is name and shame, for the time being.

Problems with the income tax site have ended up overlapp­ing with another CBDT initiative. This is the Faceless E-Assess­m­ent Scheme launched by Prime Minister Narendra Modi in his In­dependence Day speech last year and praised by industry as a major reform in tax administr­a­tion. This, too, is run by Infosys.

The scheme was a response to the often expressed need from industry to ensure there was no arbitrariness in assessment of tax for companies and high net worth individuals, and cut out the scope for bribery. The National e-Assessment Scheme went live on October 8, 2019 and in the first phase 58,322 cases were selected for scrutiny.

The problems, though, were at the operational level. Under the scheme, an officer posted in, say, Mumbai will not necessarily get a tax case of a company headquartered in that city, but from one anywhere in the country. But as the department farmed out the work, till then mostly re­stricted to officers in key offices in metros, across the country tax officials’ unions complained that the system was leading to a lot of transfers. A forum called the Di­rect Taxes Professionals’ Asso­c­iation has made a representation to this effect in August this year to the CBDT chairman.

With both prized IT projects facing problems, albeit of a different nature, the unusually ro­bust response from the finance minister was one way of signalling that the problems with these “reforms” were not of the governments’ making.