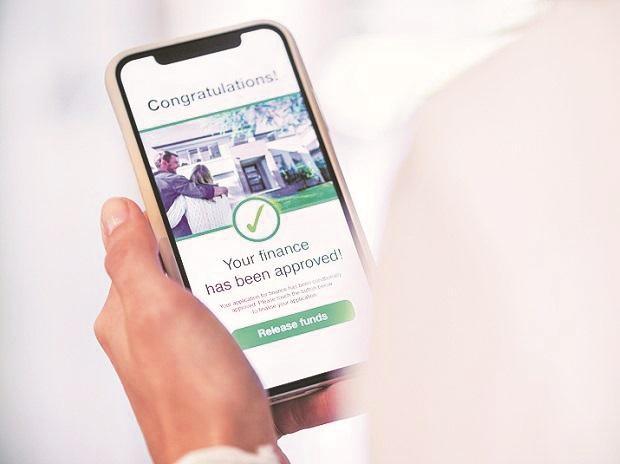 P2P platforms enable lenders to earn a higher rate of interest. Cred, for instance, is promising its lenders up to nine per cent return. “While Cred does not guarantee this return, our risk an­a­lysis shows it is highly probable members will make nine per cent return as the risk of defa­ult by borrowers is low,” says a Cred spokesperson.

BharatPe says lenders will be able to earn up to 12 per cent annual interest.

Other platforms that have been around for a while also promise double-digit returns. “A lender can easily earn an average return of 10-12 per cent on our platform,” says Bhavin Patel, chief executive officer and co-founder, LenDenClub. The State Bank of India barely pays 5.4 per cent (6.2 per cent to senior citizens) interest on its longest term deposit.

Money lent on Cred Mint will be spread out among 200-plus borrowers on an average. LenDenClub does something similar. “If you use the auto-invest feature, a sum of Rs 1 lakh lent on our platform will be divided among 400-500 borrowers using our algorithm,” says Patel. The option to lend to a few borrowers, chosen by the lender, also exists.

The new entrants will take precautions to reduce the default rate. Cred will lend only to customers who have been using its loan product called Cred Cash. According to the company, these are borrowers with higher credit scores (of above 750) and low default rates. Defaults on Cred Cash have been less than one per cent over the past year, according to the firm.

P2P platforms also promise high liquidity. On the Cred platform, lenders will be able to withdraw the full or partial amount anytime. They will get the money along with the interest for the period invested within one working day. BharatPe also promises lenders anytime liquidity with zero withdrawal charges.

Be cognizant of default risk

Anyone who chooses to lend on a P2P platform must understand the risks fully. “The borrowers who gravitate to these platforms are generally people with lower credit scores, who find it difficult to get loans elsewhere, which is why they are prepared to pay higher interest rates on them. Such borrowers carry higher risk of defaulting,” says Mrin Agarwal, founder-director, Finsafe India.

According to Agarwal, most of these platforms don’t have adequate history. “We need more time to see if this model of lending works,” she says.

Only those with a high risk appetite should lend on them, with the understanding they could lose even their capital. “If you wish to take higher risk, consider alternatives like equity mutual funds, or even credit risk funds, where you will get the benefit of diversification across companies and sectors,” says Agarwal.

Checks you must run

Stick to prominent, RBI-regulated entities only. If you plan to select the borrowers you will lend to, then check their credit scores. “Enquire about the platform’s default rate and non-performing assets,” says Bhatt.

Start small and scale up gradually. “Start with Rs 25,000 and scale up to at least Rs 1 lakh to achieve an adequate level of diversification among borrowers,” says Patel. He suggests investing for 12-24 months. “That is the minimum period our optimisation algorithm requires to produce decent results,”he adds.