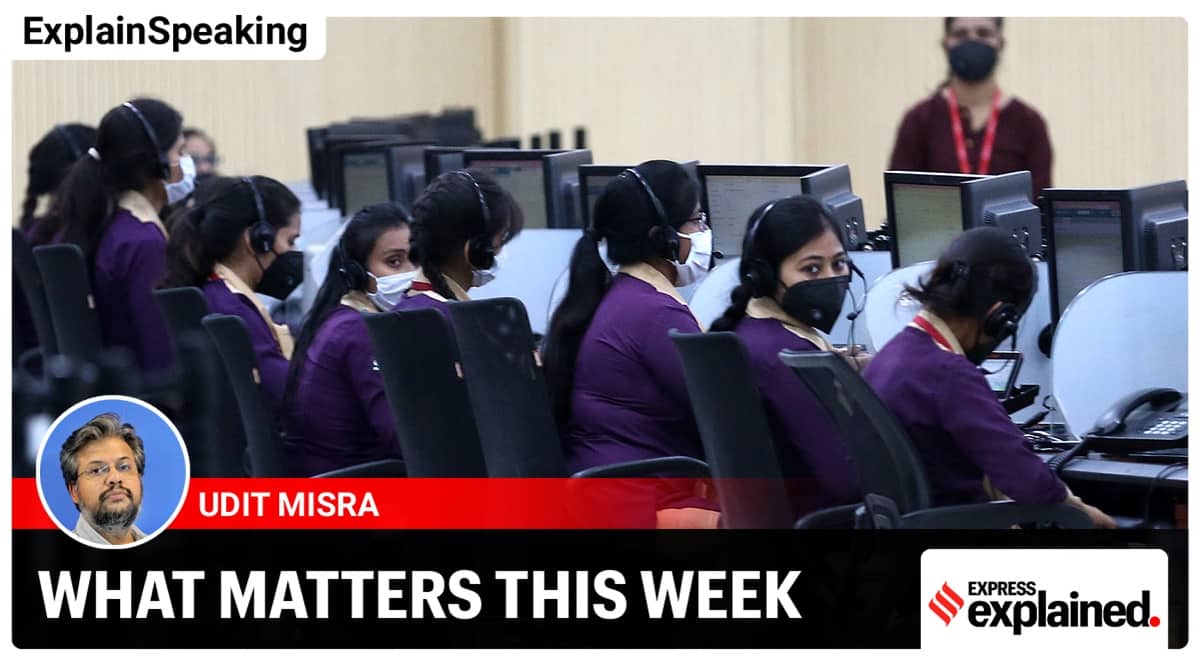 In the past, ExplainSpeaking has focussed on the growing concern about unemployment in the Indian economy. While the Covid pandemic made unemployment worse, the troubles started long back. According to one estimate by Santosh Mehrotra and Jajati Parida between 2011-12 and 2017-18, the total employment (in absolute numbers) declined by 9 million — the first time in India’s history when the total employment itself had come down.

In a nutshell, India had two main worries about unemployment. One, it’s low labour force participation rate (LFPR). In other words, the proportion of people in the working-age who seek to participate in the economy is considerably lower than other economies. The main culprit here is the extremely low LFPR for women in India. The other problem, of course, is that despite a low LFPR, India’s unemployment rate has been quite high.https://images.indianexpress.com/2020/08/1×1.png

It is in this regard that the release of the latest annual report of the Periodic Labour Force Survey (PLFS) last week is noteworthy.

The context of this result is also important.

The first edition of PLFS — for the year 2017-18 — had created much controversy when it showed that India’s unemployment rate had touched a 45-year high. The government tried to run down those findings as it was facing a national election in 2019 but eventually accepted the data after the elections.

So there are two questions here. One, why did India’s LFPR rise? And how did the unemployment rate fall despite a faltering economy?

To unpack the riddle, one must first understand how the PLFS collects its data.

The PLFS is an annual survey conducted by the National Statistical Office. It was started in 2017 and it essentially maps the state of employment in the country. In doing so, it collects data on several variables such as the level of unemployment, the types of employment and their respective shares, the wages earned from different types of jobs, the number of hours worked etc. Earlier this job was done by Employment-Unemployment Surveys, which were conducted once in five years.

How do the PLFS calculate unemployment?

Typically, the NSO unemployment number most routinely quoted is the one based on Usual Status. But this approach is not comparable with either the global norm (say the one followed by International Labour Organization) or the private sector practice (such as the surveys done by the Centre for Monitoring Indian Economy or CMIE). The CWS is closer to the global norm.

So, coming back to the original riddle: Why did LFPR rise and the unemployment rate fall in 2019-20?

Santosh Mehrotra, who is associated with the Centre for Development, the University of Bath in the UK and has closely studied the latest data, provides two ways to reconcile these trends.

One, with reference to the Usual Status-based data, he says that both the rise in LFPR and the apparent fall in the unemployment rate are explained: “by the rise in distress”. Mehrotra says that if one looks at the other tables in the annual report one finds that increased labour force participation rate is happening because work opportunities have shrunk and incomes have fallen. He says people are being forced to take up self-employment — often of the kind designated as “helper in household enterprise” — even as the relative share of wage (or salaried) employment falls.

Two, Mehrotra points to the unemployment data based on CWS. “It shows no decline,” he says (see Table 2). The CWS method shows that unemployment didn’t really fall.

Table 2: Unemployment rate differs dramatically between US and CWS methods

“Different surveys have different metrics and so a CMIE data is not comparable to the PLFS data. But still, while the magnitude may differ across surveys [that is, one survey finds higher unemployment than the other] the direction remains the same. The Usual Status is the only one that is showing a reversal in the unemployment trend,” he clarifies.

“For one, the memory recall is much better in CWS,” he says. Moreover, the nature of the Indian economy has changed. The year-long reference period of Usual Status made more sense when the economy was predominantly agrarian. Today it is not. More and more people are into jobs that do not follow a year-long schedule.

The CWS is also more relevant because it is this approach that the NSO uses for understanding quarterly changes in unemployment.

So if we start looking at the unemployment rate and LFPR trends compiled using the CWS approach, the emerging picture is more in sync with either the data from CMIE or indeed all the other indicators of the broader (See Table 3).

Accordingly, we find that through the year 2019-20, as the GDP growth faltered, the LFPR was falling further even as the unemployment rate worsened. This is particularly true for the April to June quarter of 2020 when the Indian economy was hamstrung by one of the strictest lockdowns in the world.

What should the government do under these circumstances? Should it give money directly in the hands of the people?