Amartya Lahiri writes: State’s response to its own failure to deliver public services on schooling or health is to mandate the private sector to provide them under threat of penalties and accept the resultant expense as the cost of doing business in India 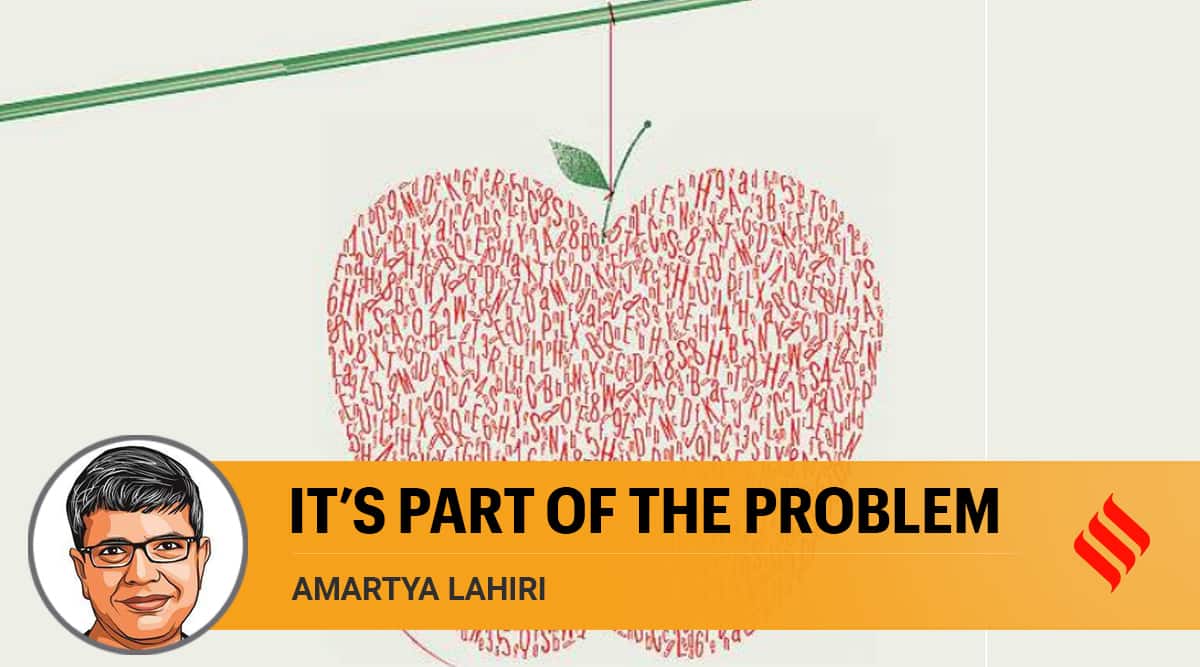 The educational situation began to improve only after the reforms of 1991. (C R Sasikumar)

How much should the Indian citizen hope for from her government? Does the performance record of the Indian state suggest a potential for it playing a proactive and productive role in helping its citizens?

Consider the following facts: The typical Indian worker in 1983 had three years of education. Broken down by rural and urban, the numbers were even more distressing: The average rural worker had a self-declared two years of education while the urban worker had primary school education. 1983, by the way, was halfway into India’s Sixth Five-year Plan. In other words, 36 years of post-Independence governance implemented through political autonomy and a bureaucracy staffed by the very cream of India delivered glorified illiteracy to the majority of Indian workers.

I am not sure if there is a more damning summary than this education statistic of the singular incapacity of the Indian state to deliver basic public services to its citizens. After all, access to education in order to become a productive member of the workforce is the minimum that the polity can demand from its government.https://images.indianexpress.com/2020/08/1×1.png

The educational situation began to improve only after the reforms of 1991. By 2012, the average urban worker had secondary education while her rural counterpart had attended middle school. Crucially, a large part of this improvement was facilitated by private schools, which today account for 50 per cent of all students and one-third of all schools. This rise of the private sector in education was, of course, driven by the inability of public education to meet the demand.

Take the record on delivery of another public good — health services. Health infrastructure can be measured in different ways. Fortunately, or unfortunately, independent of which statistic one chooses, the numbers are uniformly distressing. As late as 2020, there were five hospital beds per 10,000 Indians, placing us at a rollicking 155 out of 167 countries for whom the measure was available. The situation in terms of doctors was not much better with nine doctors per 10,000 Indians. For comparison, the corresponding number was 10 for Pakistan and Sri Lanka, while Brazil had 22 and China 20.

How does India cope with this obvious under-provisioning of health infrastructure? Wealthy Indians living in urban areas tap into the private health network which accounts for 62 per cent of the health infrastructure in the country. The urban poor and rural Indians essentially are left to the vagaries of the under-funded and under-serviced public health system.

The performance of state-run institutions throughout the country is, by and large, blighted by the overwhelming instinct to build patronage networks. Thus, electricity distribution utilities are routinely close to bankruptcy as the state hands out freebies in the form of free or subsidised electricity, while the state sits on subsidy bills. The state of disrepair of public sector banks is well known. NPAs of these entities have routinely exceeded 10 per cent with borrowers relying on the state patronage networks to both access credit and demur on their repayment obligations.

This isn’t all ancient history. The recent performance on vaccine planning and delivery has been shambolic. The design and delivery of the much-touted GST network continue to hamstring large parts of the economy five years after it was introduced.

The state’s response to its own failure to deliver public services on schooling or health is to mandate the private sector to provide them under threat of penalties and accept the resultant expense as the cost of doing business in India. You can be forgiven for thinking that this sounds like an Ayn Rand novel.

And yet, despite this abject record of inefficiency, the Indian citizen continues to look askance at the state for deliverance from her misery. Elections bring manifestos of competitive populism with voters seemingly persuaded by yojanas and giveaways. Budget presentations are followed with breathless fervour as citizens try to decipher its consequences for them while pundits debate their prospective impact. It is as if the country is in collective amnesia regarding the historical and contemporary evidence on government inefficiency.

If there is any big takeaway from India’s post-Independence history, it lies in the effects of the 1991 reforms. Those reforms essentially consisted of the government retreating from large parts of the economic space of the country. The result: A doubling of GDP growth and the lifting of over 200 million people out of poverty in the two decades that followed. This was the effect of individual and corporate enterprise being unleashed under relatively less controlled regulatory conditions.

Unfortunately, this is clearly not the lesson that has been learned by people in policy circles. The government is busy raising barriers to international trade under the guise of encouraging domestic production, conveniently forgetting that that is what got us into the 1991 mess to start with. The conference circuit in India is full of round-table discussions where bureaucrats and policymakers, past and present, sit around discussing policy proposals that they think will make India better. Remarkably, state capacity to deliver is rarely discussed and peremptorily dismissed if asked. The collective hubris and lack of self-awareness of this group are breathtaking.

There is certainly a role for the government. It lies in providing social safety nets for unfortunate health and labour market outcomes. It consists of providing a clear regulatory framework that generates an equal playing field for all. It consists of intervening through taxes and subsidies in some markets prone to market failures. But it doesn’t comprise the state picking winners and losers or running enterprises inefficiently.

It is time for the Indian voter to demand the Indian state and its babus retreat from their economic lives. Labour, land and financial sector reforms along with public sector divestment have to become essential demands. These are fiscally cheap and a much more promising wish list than the expectation of deliverance by a mythical superhero. The state is part of the problem, not the solution.

This column first appeared in the print edition on July 26, 2021 under the title ‘It’s part of the problem’. The writer is Royal Bank Research Professor of Economics, University of British Columbia