From Aadhaar to Ayodhya, from right to privacy as “intrinsic to human dignity” to reading down section 377 of the IPC, Justice D Y Chandrachud’s judgments have been keenly watched for the weight of his words. Ananthakrishnan G & Omkar Gokhale on the boy from Bombay who is now set to take over as the 50th CJI 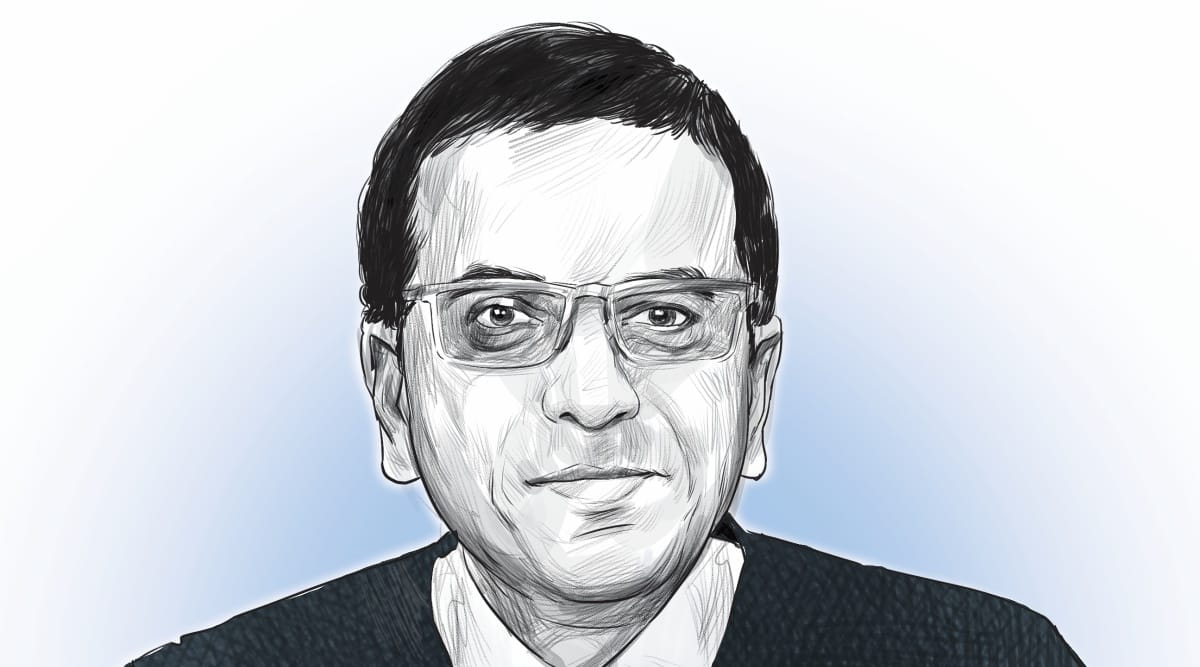 An alumnus of Delhi’s University St. Stephen’s College and Faculty of Law, and later Harvard University, where he did his LL.M in 1983, followed by a doctorate in juridical sciences in 1986, Chandrachud practised as an advocate in the Bombay High Court and Supreme Court. Illustration: Suvajit Dey

On October 16, 2019, when then Chief Justice of India Ranjan Gogoi read out the unanimous verdict in the Ayodhya case, something that aroused as much curiosity as the judgment by the five-judge Constitution bench of the Supreme Court was its authorship. In a departure from convention, the judgment did not carry the author’s name. But as mystery diggers put their heads together, some vital clues emerged: the language and structure of the 929-page document, broken down into chapters, bore the mark of D Y Chandrachud. Almost all his judgments, they pointed out, be it Aadhaar, right to privacy or Sabarimala, followed that pattern.

Justice Chandrachud’s judgments, whether dissenting or concurring, have aroused similar interest — from his historic dissent in the Aadhaar case, when he said that a person’s multiple identities can’t be reduced to a 12-digit number; the soaring rhetoric of the Bhima Koregaon case, when he was again the sole dissenting voice as he said “dissent is a symbol of a vibrant democracy”; to the Hadiya case, when he held that a person’s right to choose a religion and marry was an intrinsic part of her meaningful existence. If the Aadhaar, right to privacy and Bhima Koregaon cases saw him being hailed as a liberal and progressive voice in the apex court, his stand in the Ayodhya case and Arnab Goswami case saw him being cheered on the other side.

With Dhananjaya Yashwant Chandrachud set to take over as the 50th Chief Justice of India, it’s this ability to not be slotted in an ideological bracket — and to keep his critics and backers guessing — that will make his two-year term one of the most keenly watched stints by any top judge in the Supreme Court.

An alumnus of Delhi’s University St. Stephen’s College and Faculty of Law, and later Harvard University, where he did his LL.M in 1983, followed by a doctorate in juridical sciences in 1986, Chandrachud practised as an advocate in the Bombay High Court and Supreme Court. He also served as Additional Solicitor General of India from 1998 to 2000, until he was appointed additional judge of the Bombay High Court on March 29, 2000. After serving as Bombay HC judge for over 13 years, he was elevated as Chief Justice of the Allahabad High Court on October 31, 2013, and later appointed a judge of the Supreme Court on May 13, 2016.

The Chandrachuds, who hailed from Pune — his grandfather Vishnu B Chandrachud served as the diwan of the princely state of Sawantwadi (in present-day Sindhudurg district of Maharashtra) — later moved to then Bombay.

As a young boy growing up in Bombay, Chandrachud was surrounded by music — while his father, the late former CJI Y V Chandrachud, is a trained classical musician, his mother sang for All India Radio. Chandrachud is known to have been an avid fan of his mother Prabha’s music teacher, the renowned Kishori Amonkar, who was a regular visitor to their house. Family sources say an autograph the young Chandrachud sought from Amonkar read: “Music musically leads to silence” — a message that is known to have left a lasting influence on him.

At the age of 12, Chandrachud moved to Delhi to join his father when the latter was appointed the 13th Chief Justice of India. The move to the Tughlaq Road bungalow meant the boy now had new friends, among them K M Joseph, who lived a few feet away from the Chandrachuds. The friend, with whom he played football and cricket,  the son of then Supreme Court judge Justice K K Mathew, is now Justice Joseph, part of the SC’s top decision-making body, the collegium, along with Chandrachud.

Chandrachud would soon go back to Mumbai, a city that shaped his legal and judicial career. Justice Chandrachud has in the past spoken of the Bombay High Court as being not only his parent court, but as the repository of some of his “most treasured moments”. His contemporaries in the High Court share many of these memories — from that of ‘Senior Advocate Chandrachud’ who would turn up in court in his trademark green Ambassador car, to later, ‘Justice Chandrachud’ whose judgments, written in lucid prose, drew attention and applause.

It was this close association with the court that led Justice Chandrachud to co-edit A Heritage of Judging: The Bombay High Court Through One Hundred and Fifty Years, a book published by the Maharashtra Judicial Academy in August 2012.

As a judge in the Bombay High Court, Justice Chandrachud is known to have rarely lost his composure as he handled some of the most difficult cases.

Talking of Justice Chandrachud’s “commitment”, one of the lawyers who has worked with him, said the judge was in court a few days after a death of a close family member. “Moreover, he interacted with juniors just the way he interacted with senior lawyers. You will not find a junior lawyer who will tell you that Justice Chandrachud screamed at him or her,” the lawyer said.

A senior advocate who has been practising in the Bombay High Court for over four decades said, “He told us that if you really want a good hearing, then come every day at 9 am (two hours before court working hours). He once concluded a hearing in a company law matter by taking up early morning hearings for seven days. His commitment to the profession was unparalleled. No judgment was kept pending for a long time.”

In a speech at the 2019 K T Desai Memorial Lecture organised by the Bombay Bar Association, one of the oldest associations of lawyers practising in the Bombay High Court, senior advocate Milind Sathe had spoken about Justice Chandrachud as being one of the finest writers of judgments. Narrating his experience of appearing in a matter related to the Environment Impact Assessment of a power project, Sathe said, “We lost the matter in the Bombay High Court and it was taken to the Supreme Court. The appeal came up before Justice Aftab Alam. Sometime after the arguments were heard, Justice Aftab Alam said, ‘We have no heart to interfere into such a poetically well-written judgment on environmental issues’. And so, the Special Leave Petition (SLP) was dismissed.”

Talking of Chandrachud as an “erudite scholar” and an “ambidextrous person”, Sathe went on to say, “During his years in the Bombay HC, when we argued the case before him, he would take down notes… Thereafter, as he dictated the judgment in open court, it would seem like we have argued the case in an extremely good manner. But that, of course, was because of his erudition, not our arguments,” Sathe said.

Now, with Justice Chandrachud set to take over as CJI on November 9, once the government approves his name, how this “erudition” reflects in the apex court and its handling of the collegium-government relationship — his two-year tenure will see 14 judges retiring from the top court — will be keenly watched. Also awaiting the court’s attention are a plethora of constitutional issues — from the question of freebies by political parties to the challenge to the Places of Worship Act, 1991, from WhatsApp’s privacy policy to reviews in the Sabarimala and hijab cases.