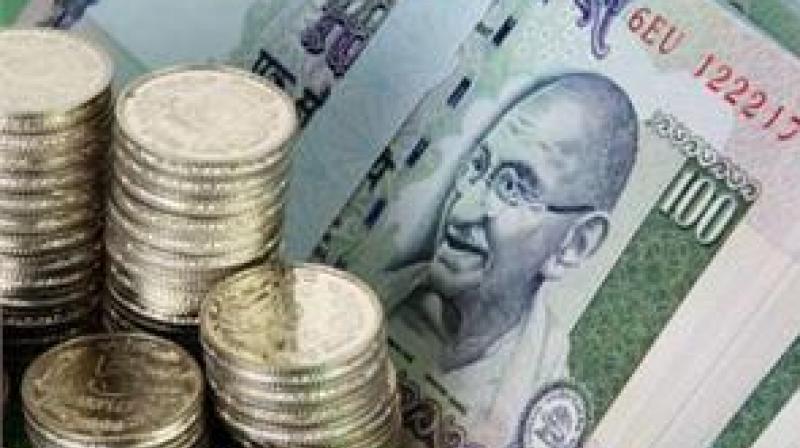 The twin problems of high inflation and lower economic growth could create problems for people and ruling parties ahead of crucial Assembly elections. (Photo: PTI)

Food inflation too remained elevated at 8.6 per cent because of irregular monsoon distribution and unseasonal rain disrupting supply. Energy inflation, which reflects crude oil prices, saw mild relief, but the worsening situation in Ukraine and supply cut by OPEC could spike fuel prices once again.

In a double whammy, industrial growth in August has shrunk by 80 basis points reflecting a sagging demand scenario in the country. The production of consumer non-durable goods, which include non-discretionary items like food, etc., reduced by 9.9 per cent on a year-on-year basis, showing that people have cut down on expenditure.

The twin problems of high inflation and lower economic growth could create problems for people and ruling parties ahead of crucial Assembly elections. Though the Reserve Bank of India has increased interest rates to cool down the soaring inflation, it could further affect demand for the consumer durable goods sector, which has seen a marginal decline in production.

Instead of offering defensive statements, Union finance minister Nirmala Sitharaman too acknowledged the gravity of the twin problems that the country is facing in the wake of high inflation and falling economic growth — an act which is the first step for finding a solution. The minister promised the government will take steps in the upcoming Budget in 2023 in order to help the economy sustain growth momentum and rein in prices.

The government may have limited elbowroom to tackle either the high imported inflation or the shrinking demand caused by falling purchasing power of people and lower global appetite for imports, but the minister’s promise gives people confidence that the issue is being given attention at the highest level of decision making in the country.

Under-recoveries on the account of higher crude oil prices and lower realisation from sales increased the central government’s budgetary support to State-run oil marketing companies. It has allocated Rs 22,000 crore as a one-time grant to public sector oil marketing companies for their losses in domestic liquefied petroleum gas.

Apart from inflation and lower economic growth, the government will have to face the problem of fiscal deficit as lower consumption could dent its revenue collection, and current account deficit due to lower remittances from persons of Indian origin decline on account of interest arbitrage between India and other foreign countries.

The only hope for the economy lies in the booming services sector while encouraging crops that could substitute imported food items like edible oil and pulses, and attracting foreign manufacturing companies that are looking to reduce their dependence on China would serve national interests. To achieve these goals, the central government and all state governments must work as a team instead of placing the entire responsibility on the Union finance minister or the RBI, who cannot fight the effects of global economic headwinds unilaterally.