Travel insurance can compensate passengers if a flight gets delayed, re-scheduled or cancelled 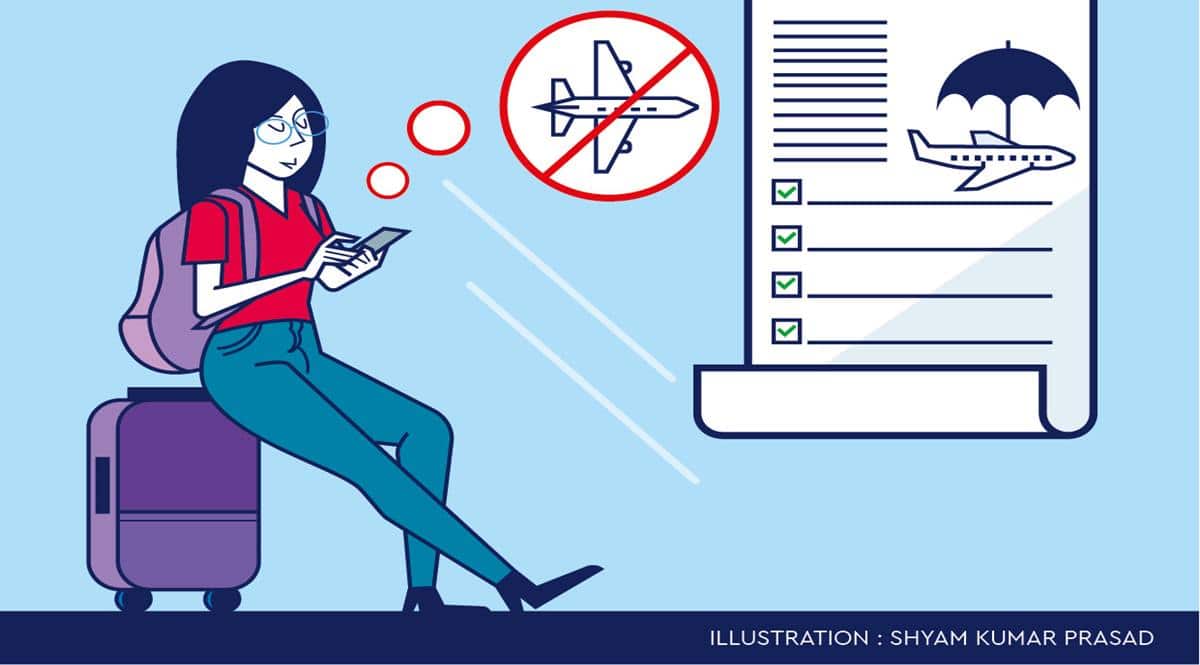 Travel insurance with flight delay cover can help travellers in such cases.

Flight delays are the most annoying part of travellers’ lives. Yet they happen for multiple reasons. Between January and May 2022, over four lakh travellers were affected due to flight delays, according to DGCA data. Travel insurance with flight delay cover can help travellers in such cases.

“Travel insurance policy that covers flight delay can come to the rescue of travellers to cover the cost of incidental expenses at the airport if the flight departure is delayed beyond the prescribed duration (120-150 minutes),” says Adarsh Agarwal, chief distribution officer, Digit Insurance.

What is covered?
An insurer will compensate its customers if a flight gets delayed due to inclement weather, non-availability of key airline crew or support employees, technical issues or equipment failure in the aircraft, air traffic congestion, operational problems like crew scheduling issues, or delays due to cancellation or rescheduling of other flights.

When a claim is not paid
A claim may not be paid if the delay is duly communicated prior to the scheduled departure, or in case an advance notice has been issued about strike or labour disputes or permanent withdrawal of services by the airline. “Policyholders should check the exact terms and coverage provided by insurance providers,” says Agarwal.

How to claim
The amount of the claim depends on the premium paid for the policy. Domestic and international travel insurance have different kinds of benefits respectively. There are different policies for student travel, family travel and senior citizen travel.

“In case of a delayed, rescheduled, or cancelled flight, you can get compensated if you have an insurance policy which covers it. You can also claim compensation for any difference in the amount of flight ticket, added with the charges of accommodation,” says Indraneel Chatterjee, co-founder, RenewBuy.

If the policyholder has to spend the night in a hotel due to delays, then even the overnight accommodation charges are borne by the insurance companies.

“However, one has to be careful while buying the policy and understand what all are covered in the policy. The consumer can reach out to insurance agents through online channels or phone calls, for claiming the settlements. The turnaround time depends on the insurance company and type of claims,” says Chatterjee.

Monsoon flight delays
Any delay caused by a carrier due to inclement weather may be covered by the insurer. “Flight delays make the policyholders eligible for compensation in case there is a delay of two hours or more, due to the monsoon rains,” says Chatterjee.

International flight delays
If an international flight gets delayed beyond the prescribed time, an insurer pays a fixed benefit to the customer. The compensation amount varies from insurer to insurer. Beyond flight delays, international travel insurance usually helps in protecting against unexpected events that can impact one’s finances during travel. Emergency medical expenses, loss of baggage, delay of checked-in baggage, trip cancellation, loss of passport, health issues and accidental death, etc., are usually covered under international travel insurance.

“In case of international flight delays, the policyholder can avail F&B and accommodation (in case of overnight or longer delays) and get the same reimbursed from the insurer. If there is a change in the flight route due to any unavoidable circumstance, one can cancel the trip and settle the claim from his insurer,” says Chatterjee.

Travel claims
Always buy travel insurance before an international trip
The claim amount depends on premium paid & policy terms
Monsoon flight delays of two hours or more are covered
There are various policies for different kinds of travel plans
For claims settlement, you can connect with insurance agents either online or via phone calls