With a combination of breath-taking swagger and percentage cricket, India’s crisis man shows he is a worthy Gilchrist reincarnation. 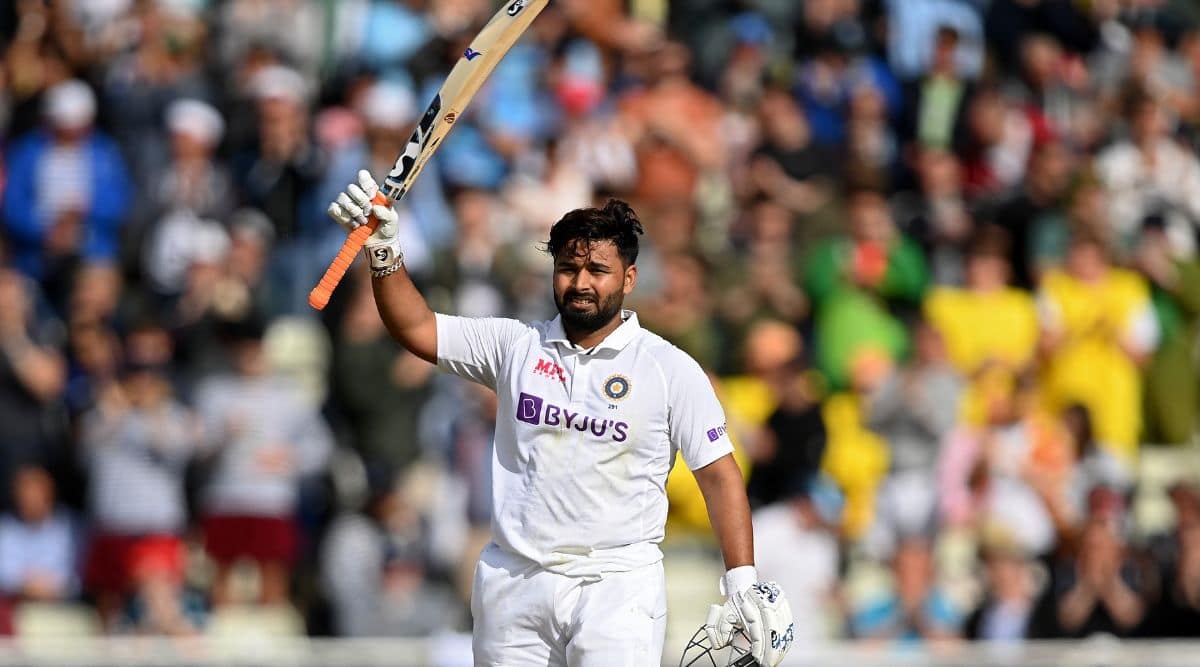 Pant, in Tests at least, has redefined the boundaries of coolness Dhoni has set. He emanates none of that scorching intensity. (Twitter/BCCI)

Under the gloomy Edgbaston skies, Rishabh Pant made another leap into greatness. He cracked 146 off 111 balls in a staggering exhibition of counterpunching to make the first day of the series-decider undoubtedly India’s.

For much of the day, the match was under the iron clutches of England. After old-stager James Anderson and fledgling Matthew Potts had struck in unison to plunge India to 98/5, Pant and Ravindra Jadeja combined to add 222 runs to not only fish India out of danger but put them in the ascendancy. When the pair parted, India had galloped to 320 runs.

It’s beginning to be a recurring theme — the team in shambles, series on the line, bowlers with their tails up and then walks in a short, slightly stout cheerful young man, who without any evident ounce of strain, without any speck of uncertainty, changes the match. MS Dhoni was coolness redefined, but his face raged with intensity, those eyes blazed with resolve.

Pant, in Tests at least, has redefined the boundaries of coolness Dhoni has set. He emanates none of that scorching intensity. He bats with a chuckle, a sense of light-heartedness, as if he has turned up for a Sunday evening club game with his chums after a siesta, against the most prolific swing bowler ever, or the fiercest young bowler around. Even after running down the ground and waving Anderson down the ground for a four, he was spotted having a giggle with the fast bowler, who by now was as much amused as accustomed to Pant’s eye for the unthinkable.

Anderson was again sublime, but Pant didn’t spare him. Just the fourth ball he had faced, the second off Anderson in destructive rhythm, the left-hander slithered down the ground and tried to fetch him into the sight-screen. He failed, then grinned and later, repeated those strokes. Later, Pant reverse-scooped the swing-bowling colossus for a couple, then missed an almighty heave-ho, almost swinging himself off his feet. Undeterred, he thumped him over his head for a four.

When your spearhead bowler is treated with such swaggering disdain, the morale of the rest just crumbles, like a balloon pricked by needle. None of Matthew Potts, Stuart Broad, Ben Stokes, and least of all Jack Leach, knew how to stop him, at least contain. How churlish it seems that Stokes thrust Leach as a snare. Before this game, Pant had plundered 88 runs in 57 balls off the left-arm spinner. En route to his fifth Test hundred, he hammered him for five fours and a six. The move backfired as it gave Pant an irresistible tempo.

The lynching of Leach included — soon after Pant completed his hundred – 20 runs in four balls. The 10-for in the last Test outing, against New Zealand, might have looked like it occurred ages ago.

All in a day’s work

But Pant’s most glorious virtue is that he makes counterpunching some of the fiercest quicks in the world —from Anderson to Kagiso Rabada, Pat Cummins to Mitchell Starc — look ridiculously commonplace, or freakishly routine in Test matches. A classic instance was when Potts rumbled in just after tea. The first was a lifter that beat him. Potts scowled; Pant evaded. Pant responded with two fours in the next three balls, blasting a drive between mid-off and cover before he manoeuvred room for himself and lashed him through point. Broad was fleeced through covers before he was tucked for a couple to complete a sensational hundred.

So much of Pant was like peak Gilchrist — from unhurried stroke-play to the preternatural ability to sense a moment, seize it and snatch the game away from the adversaries, the ability to put a smile on his face even in the face of adversity and the capacity to soak up pressure. There have been several unworthy pretenders to be likened to Gilchrist. Preposterous as it might sound, Pant is the closest anyone has reached in his vicinity. There have been several greats-in-their-own-rights wicketkeepers during and post Gilchrist — Kumar Sangakkara was a legend without debate, so were Dhoni and Brendon McCullum, amidst a slew of pretenders — but no one has embodied the free-spiritedness of Gilchrist like Pant, or exhilarated the audience like him. Without burden, without pain, without complication.

Behind the outer layer of dazzle and daring, there is not only self-belief but also a calculative mind. Pant doesn’t attempt to reverse-scoop every ball he faces; nor does he slash at every ball outside off-stump. If one rewatches each innings — the tempo is more or less the same, the shots he plays are similar. Initially, he tries to unsettle the bowler with a stroke of audacity, before settling down. Then for 30-40 balls, he plays just percentage cricket — drives full balls, cuts those close to the stumps with a swirl of his wrists — before expanding and unpacking his full repertoire. There could be strains of unorthodoxy in his game, but predominantly, he plays orthodox strokes. The soundness of his defensive technique often goes unnoticed — unlike most colleagues, he had time to defend, be it leaning forward or rocking back. Largely, he judiciously left balls outside off-stump.

After Kohli’s disintegration of form, Pant is the most-awaited Indian batsman in the middle. There is anticipation, hope and belief that something special would unfold. He would sometimes infuriate — he is still only 24 — but on gloomy days like those at Edgbaston, he spreads light.