While the West is curtailing abortion rights, the Medical Termination of Pregnancy (Amendment) Act, Surrogacy Regulation Act and Prohibition of Child Marriage (Amendment) Bill, 2021, collectively give new meaning to nari shakti in India. 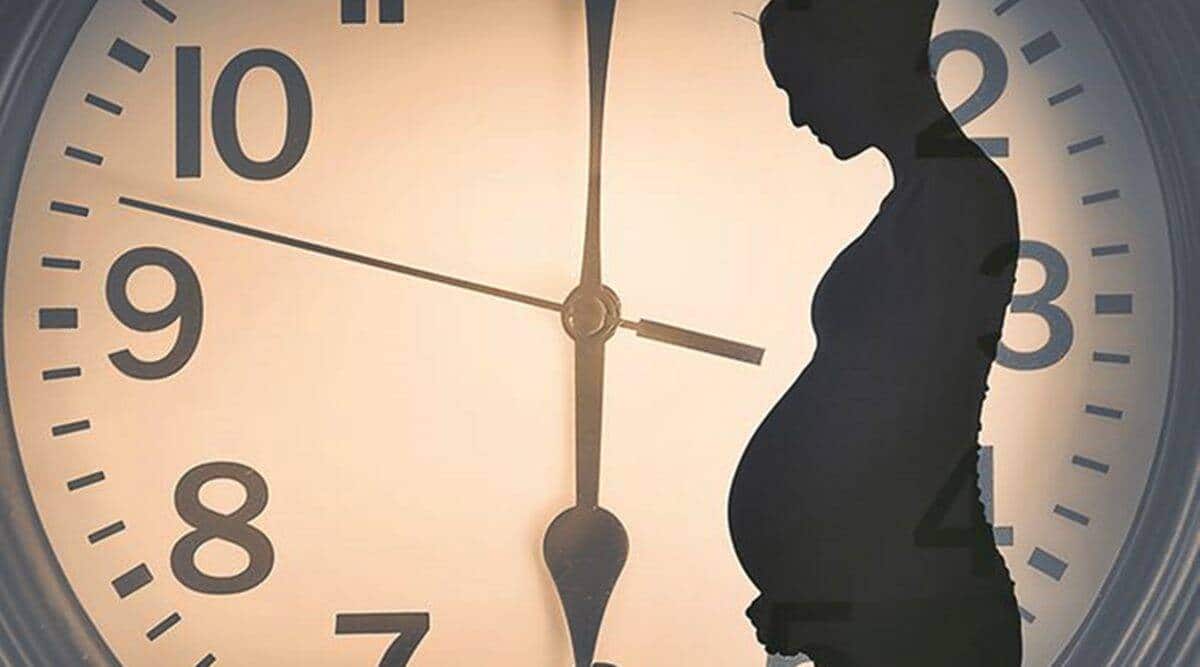 India’s constitutional ethos commits to the protection of personal liberty through Article 21. Abortion or termination of pregnancy is a woman’s prerogative. (Photo: Representational)

At a time of distressing furore on social media and the streets against the near-total bans on abortion in the West, India’s generous stance on the termination of pregnancy is a comforting sanctum. Coupled with the moratorium on commercial surrogacy and the proposal to equalise men’s and women’s ages at marriage, India is positioned securely in the highest echelons of countries that safeguard reproductive autonomy.

India’s constitutional ethos commits to the protection of personal liberty through Article 21. Abortion or termination of pregnancy is a woman’s prerogative. While women are exclusively fated to withstand child-bearing – purely on account of their biological predisposition — sociocultural constructs also subject them to a disproportionate share of child-rearing.

The Medical Termination of Pregnancy (Amendment) Act, 2021, is a step in the right direction. It ensures that expectant mothers exercise self-determination in welcoming new life to their homes. Under the aegis of the Act, abortions may be performed up to 24 gestational weeks on grounds of risk to the mother’s life, mental anguish, rape, incest, contraception failure or the diagnosis of foetal abnormalities. The Act navigates the 20 weeks challenge posed by the MTP Act, 1971 and is a nod to advances in the field of health and reproductive science. It is a liberal achievement over countries where abortions are disallowed since conception, even in the most traumatising of circumstances of sexual abuse or incest.

The MTP Act, 2021, attests to the intuition and farsightedness of its crafters. Readiness for and desirability of children decisively shape the life trajectories of mothers, families and children alike. Unwanted pregnancies unexpectedly curtail the life choices of parents, especially mothers, and may limit their mental well-being and personal growth. Further, children born unwanted may suffer reduced opportunities. Illustratively, the WHO links the likelihood of children being born “wanted” to greater parental investments in their education.

Incumbent law and policy-makers have skilfully given reproductive choice a life-cycle twist. Since fertility, child-bearing and child-rearing are unmistakably associated with marriage, by proposing to raise the legal marriageable age for women, policymakers are heralding welcome changes that delay pregnancy. The Prohibition of Child Marriage (Amendment) Bill, 2021 seeks to push the marriage age for women from 18 years to 21 years. The Bill is well-founded in the face of scholarship and evidence cited by the WHO, which holds that adolescent mothers aged 10 to 19 years are prone to higher risks of eclampsia, puerperal endometritis, and systemic infections in comparison to women aged 20 to 24 years. Children born to such mothers additionally face higher risks of low birth weight, preterm delivery and severe neonatal conditions.

It is noteworthy that the unmet need for family planning in terms of limiting or spacing child-bearing decreased from 12.9 per cent to 9.4 per cent between NFHS-4 (2014-15) to NFHS-5 (2019-21). However, on a standalone basis, nearly 7 per cent of females aged 15-19 years were already mothers or pregnant at the time of NFHS-5, a marginal decline over NFHS-4’s 7.8 per cent. Such young mothers are poorly aware of feeding practices and baby care, making them more likely to have stunted or wasted children. Together the MTP Act, 2021 and the PCMA Bill, 2021 — if enacted — can axe the vicious cycle of early marriages, consequent early pregnancies and poor maternal and child health outcomes.

Another underrated policy innovation that the government curated was the decimation of surrogacy bazaars that allowed “renting a womb”. Given global inequalities, India became a lucrative “biomarket” for surrogate mothers. The bodies of poor Indian women became “bioavailable” to the residents of the Global North, spurring commercialisation of motherhood, the commodification of women and their reduction to their reproductive capacity. In a country with a long-standing cultural lineage of revering mothers, careless commercial surrogacy appeared to be in stark contrast with the cultural ethos. Responding to this dissonance, the Surrogacy (Regulation) Act, 2021, replaced commercial surrogacy with ethical, altruistic surrogacy. The Act prohibits couples who are not of Indian origin from availing surrogacy in the country and allows only locals with certified, medical reasons necessitating gestational surrogacy to avail of it. The MTP Act, the Surrogacy Act and the PCM(Amendment) Bill, 2021, collectively give new meaning to nari shakti.

Within this enabling politico-legal apparatus, the government has framed policies that readily coalesce to respect the choices and decisions made by women. Under the aegis of Ayushman Bharat- Jan Arogya Yojana (PM-JAY), a health cover of Rs 5 lakh per family per annum is provided and a wide range of packages pertaining to obstetrics and gynaecology are offered. While the Pradhan Mantri Matru Vandana Yojana (PMMVY) partially compensates wage loss before and after pregnancy, the Pradhan Mantri Surakshit Matritva Abhiyaan (PMSMA) provides free antenatal care to pregnant women on every 9th day of the month, easing the financial burden of pregnant women.

Not only is the government making a concerted effort for reproductive choices to be easier on the pockets of women, it is also promoting safe motherhood through institutional deliveries under Janani Suraksha Yojana and quality, respectful care in labour rooms during deliveries under schemes like LaQshya. These efforts have culminated in a manifold increase in institutional deliveries from 79 per cent in NFHS-4 to nearly 89 per cent in NFHS-5. The ultimate reward to the nation is the greater longevity of mothers as evidenced by the declining Maternal Mortality Ratio (MMR) from 167 per lakh live births in 2011-13 to 103 per lakh live births as of 2019.

The present government evinces the highest regard for its bahuroopi daughters who act — at various points in their life — not only as loving mothers but as sincere students, valuable employees and valorous entrepreneurs. The Beti Bachao, Beti Padhao campaign’s call to ensure that girls are born and nurtured bore fruit in the form of an improved sex ratio of 1,020 females per 1,000 males. Yojanas such as Ujjwala and Jal Jeevan Mission gave many women much needed respite from the drudgery of collecting fuelwood or water so they could partake in other gainful activities. The Mudra Yojana has provided aspiring women entrepreneurs with loans sans collateral and yet another scheme, the Prime Minister’s Employment Generation Programme, has advocated for higher subsidies for women.

While the West is curtailing abortion rights, India is extending the ceiling of permissible abortions. While menstrual hygiene remains a conversation hushed in whispered tones in parts of the world, PM Modi addressed the issue from the ramparts of the Red Fort with 1.3 billion Indians listening intently. By outlawing triple talaq, the government has addressed the constant state of insecurity faced by Muslim women. By proposing to revise the permissible marriageable age, the government has held men and women to the same, unbiased standards. The present government has instilled conscientiousness into the calculus of policy-making with a fervent hope that it will better the lives of the mothers and daughters of India for generations to come. Even as the West retrogresses, India shows the path to a progressive society.

The writer is Union Minister for Women and Child Development