Ease of Doing Business for MSMEs: To promote MSMEs’ contribution to IAF and defence overall, the government had reserved procurement orders up to Rs 100 crore per year for MSMEs in the Defence Acquisition Procedure 2020. 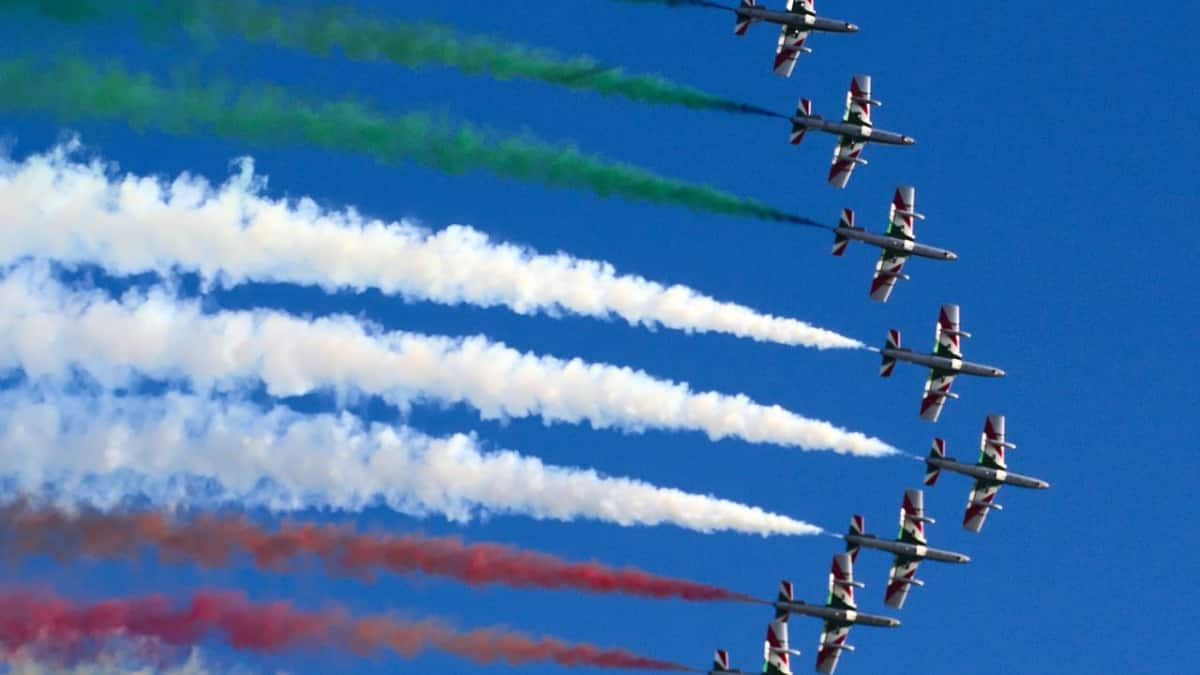 There are close to 700 MSMEs registered directly with the IAF out of around 12,000 MSMEs operating in the defence sector. (Image: pixabay)

Ease of Doing Business for MSMEs: Micro, small and medium enterprises (MSMEs) have a prominent role to play in the indigenisation and self-reliance goal of the Indian Air Force (IAF), as much as for the navy and army, right from design to the final output of equipment in order to reduce costs significantly, according to experts. So far, particularly with respect to spares, MSMEs have already been playing a major role. There are more than 60,000 lines of spares with the IAF, of which over 40,000 lines of spares have been indigenised by sourcing from MSMEs, Air Vice Marshall PS Sarin had said at a recent event organised by PHD Chamber of Commerce and Industry. There are close to 700 MSMEs registered directly with the IAF out of around 12,000 MSMEs operating in the defence sector.

The government had also introduced a couple of initiatives to enable MSMEs’ growth in defence overall. For instance, to promote MSMEs’ contribution to IAF and defence overall, the government had reserved procurement orders up to Rs 100 crore per year for MSMEs in the Defence Acquisition Procedure 2020. The Ministry of Defence had also earmarked 25 per cent of the defence procurement budget amounting to Rs 21,149.47 crore for MSMEs and startups in the financial year 2022-23.

“Number of MSMEs in defence in comparison to total MSMEs in India is very small. There has to be an action plan to increase it,” said Chandraker Bharti, Joint Secretary (Aerospace), Department of Defence Production, Ministry of Defence at the PHD event on Indigenisation Requirements of Indian Air Force: Opportunities for MSMEs organised earlier this month.

The minister noted initiatives such as the Srijan portal launched in August 2020 to provide information on items that can be taken up for indigenisation by the private sector. As of April 1, 2022, according to the Defence Ministry, 19,509 defence items, which were earlier imported, were uploaded on the portal for indigenisation. Out of them, domestic businesses had shown interest in the indigenisation of 4,006 defence items.

Particularly with respect to IAF, 469 items worth nearly Rs 770 crore were imported in FY21 which got reduced to 84 items worth Rs 474 crore in FY22. That’s the testimony to get inspired and solve this (import) challenge, said Col. KV Kuber, Director (Aerospace & Defence), Ernst & Young LLP at the event. “We are targetting not only established defence players but also the relatively unexplored potential of MSMEs,” he added.

Kuber shared another perspective with respect to cost-cutting in IAF: There are about 1,300 aircraft and 900 rotary aircraft. In terms of engines, there are about 1,383 aero engines (aircraft engines) with IAF, 193 engines with the navy and about 181 engines with the army. The Maintenace, Repair and Overhaul (MRO) cost incurred on them is anywhere 3x-4x of procurement cost. So how IAF can reduce this cost and keep this money within the country? he added.

MSMEs could likely be the solution here. There are two methods by which small businesses might help. The first is indirectly where MSMEs can work as tier one, two, and three vendors to large businesses and defence public sector units (DPSUs). The second is directly by participating in various Make in India schemes. These are called Make projects segregated into three categories to facilitate indigenous design and development of defence equipment with government or industry funding.

Make I aims at addressing projects involving the design and development of major equipment and systems with development periods not less than a year. These projects involve government funding of 70 per cent. Make II includes industry-funded prototype development or upgrades primarily for import substitution or innovative solutions by the private sector for which no government funding is provided. Lastly Make III encompasses subsystems, sub-assembly, assemblies, components, materials, ammunition, etc., which although not designed or developed indigenously, are being manufactured in India as import substitution for product support of weapon systems. As of February this year, according to a Defence Ministry statement, 63 MAKE projects are being co-developed with the Indian defence industry, including MSMEs and startups.

At IAF, there are 20 MAKE projects, of which 15 have received approval in principle (AIP) by the government. These included Lightning Detection System, Aerial bomb of 1,000 kg, wearable robotic equipment, communication system with Indian security protocols, 80mm and 70 mm rockets etc. “So how can MSMEs contribute? There is no one company in the country that can develop these…There would be multiple companies who would have the expertise to bring on board,” said Group Captain Mukesh Sharma, Director (Acquisition and Make in India), Air Headquarters.

MSMEs support could also be vital to IAF’s ground-based systems instead of only airborne systems in aircraft, helicopters, missiles etc. Ground systems could even be “a trolly or power supply vehicle and their lifecycle cost outrun procurement cost. It is this cost that we need to reduce…Indigenisation is a multifaceted approach that needs to be adopted,” said Air Marshal Vibhas Pande, Air Officer-in-Charge Maintenance (AOM), IAF.

“This approach starts from repairs to refurbishments to reclamation of systems to granting life extension depending on the performance of equipment. Ground-based systems could also be subjected to this multifaceted approach of indigenisation,” Air Marshal Pande added suggesting MSMEs to come forward for such systems.

However large OEMs such as Lockheed Martin, which have been working with the Indian defence sector for decades, have urged the government to fast-track processes where the latter’s approval is required. Lockheed’s Commercial Lead in India Partha Roy Chowdhury, speaking at the event, explained the challenge in government procedures: If Lockheed has to give an order for a wire harness to a company, can it do that independently? No. It has to go to Defence Ministry for their approval. They will take their own time – three, six or even eight weeks but Lockheed will not wait that long for the government to take the decision on the approval of the order. Lockheed would give the order (to a company) in Mexico, Canada, or Poland but the one missing out here would be the Indian industry.

He added, “We have lost more than $15 million orders just for waiting for approvals. I feel bad for those Indian companies. So can we find a way to keep a data of Indian companies who have done this earlier so that we just place the order and don’t have to go through all this process of stamping, approval, etc? There is flexibility required.” Lockheed currently supports around 530 Indian suppliers, of which 143 are MSMEs and 17 are in its global value chains.