Essentially, the BoP allows us to figure out the rupee’s exchange rate vis-a-vis the different currencies. What is BoP, how does it balance and what does RBI do with it? We explain. 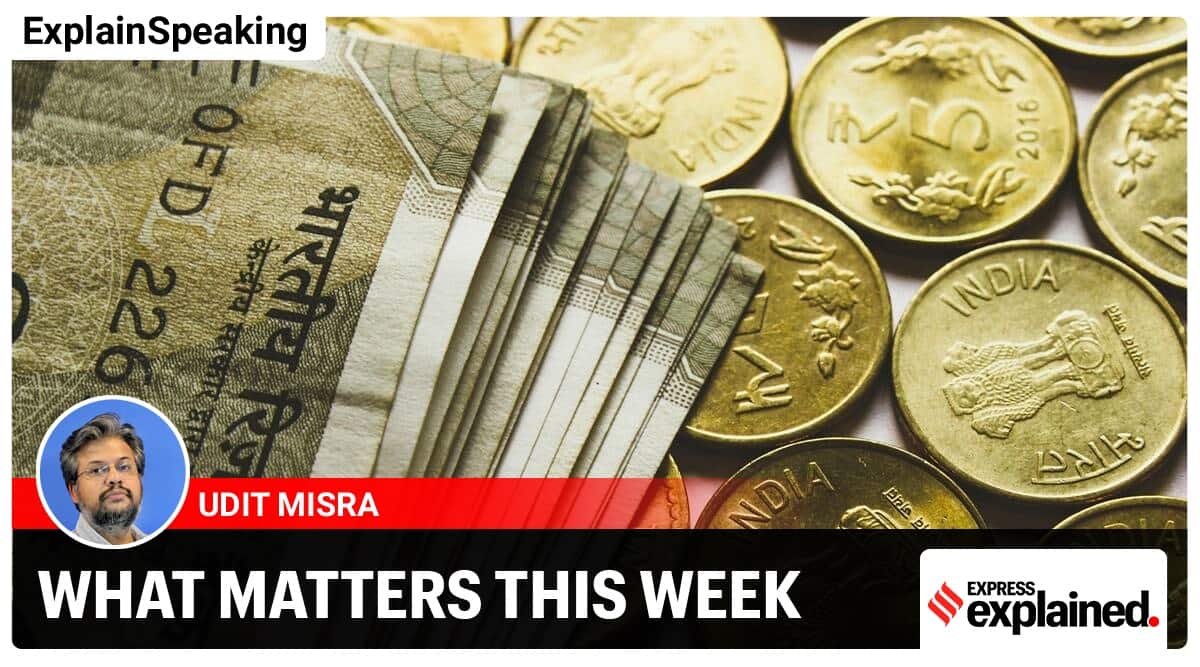 Simply put, India’s BoP is a ledger of its transactions with the rest of the world. (File Photo: Pixabay)

ExplainSpeaking-Economy is a weekly newsletter by Udit Misra, delivered in your inbox every Monday morning. Click here to subscribe

Instead of understanding each of these terms separately, it would be better to understand all of them at once, and more importantly, understand the way they are related to each other.

As such, let’s take a detour and understand the one table that explains all these variables and how they interact. This table is called the Balance of Payment or BoP.Table 1

Simply put, India’s BoP (see table 1) is a ledger of its transactions with the rest of the world. It shows how much money — you can either choose to look at it in US Dollar terms or in Indian Rupee terms — went out of the country and how much money came into the country.

How is the money going in or out?

Well, every day, Indians (and Indian entities such as companies and governments) and foreigners (and foreign entities) transact. These transactions could be trade (export or import) of goods (such as cars, gadgets, or raw materials) or services (such as an Indian company selling computer software to someone in the US or an American firm providing banking services to some Indians). Beyond trading, these transactions also include investments — such as an Indian buying some land in the US or an American firm investing in the Indian stock exchanges — and exchange of loans between Indian and other countries of the world.

This is not an exhaustive list but it gives a sense of how money flows in and out of India through various routes.

But why bother counting this flow of money at all?

Essentially, the BoP allows us to figure out the rupee’s exchange rate vis-a-vis the different currencies. Every time an Indian wants to buy an American good or service or invest there, he or she will have to hand over a certain number of rupees to first buy the necessary amount of dollars in order to complete that purchase.

Must Read |What does the $400 billion exports record hide?

So, how does the BoP function?

Here are some of the key characteristics of the BoP:

> All possible transactions are divided into two main accounts. The first is called the Current Account and the second is called the Capital Account.

> Individually, either of these accounts can be in surplus or deficit but overall, the BoP always balances. A surplus implies that more money is coming into the country than going out of it whereas a deficit — which is shown with a negative mark — implies more money is going out of the country than coming in. The fact that, by definition, the BoP always balances implies that the deficit on one account must be balanced by a surplus on the other account.

> The Current Account is called “current” because it refers to all transactions that are, in a manner of speaking, related to current consumption.

> The Current Account is further divided into two sub-parts (see table). One is the export and import of physical goods such as iron ore, wheat, cars, gadgets etc. This is called the Trade Balance. If India imports more than it exports, then we call it a trade deficit. It is important to note that despite hitting an all-time high export figure of $400 billion in 2021-22, India would still have a trade deficit. That’s because India would have imported goods valued at more than $400 billion during the past financial year.

> The second sub-part of the Current Account is called the “Invisibles” trade. It is called Invisibles because it refers to trade in services and other transactions that are typically “not visible” — as against, say, a trade of cars or chairs or phones. Such “invisible” transactions include services (e.g. banking, insurance IT, tourism, transport etc.), transfers (e.g. Indians working in foreign countries sending back some money to families back home), and incomes (such as the income earned from some investment).

As can be seen from the table, India had a capital account surplus of $90 billion from April-December 2021 as against a current account deficit of $26.6 billion.

How does the BoP balance?

This is where a third component comes into the picture. Technically speaking, this third component is part of the capital account but it is shown as a third category to explain its role in balancing the BoP and, in the process, determining India’s exchange rate as well as the level of foreign currency reserves.

The net result of a current account deficit (of $ 26.6 billion) and a capital account surplus ( of $ 90.1 billion) is that a total of 63.5 billion US dollars have entered the Indian economy — and the BoP accounts — during April and December 2021. The only way to balance the BoP is for some authority to take these excess dollars out of the equation. That authority is the RBI and it takes out these dollars and keeps it with itself.

Since the RBI takes the $63.5 billion out of the BoP, it is shown with a negative sign before it.

What does the RBI do with it?

The RBI adds to its foreign currency reserves. But the RBI is also bound to balance its books. If it has new “assets” in the form of 63.5 billion US dollars then it must also increase its “liabilities” by the same amount. RBI’s liability is the domestic currency that it prints. You may recall how each currency note has the RBI Governor’s signature and promise that it will give the bearer the sum of Rs 100 or Rs 200 etc. This promise is the RBI’s liability.

Explained |What is the Current Account Deficit, which widened in Q3 of the last FY?

But why does the RBI do it? What would have happened if the RBI had not intervened? How would the BoP balance in that scenario?

Simply put, the RBI intervenes in order to maintain the exchange rate of the rupee. Imagine a scenario where, starting April, more and more dollars have started coming into the Indian economy because of a growing capital account surplus. If the RBI does not intervene, the increased demand for rupees vis-a-vis the dollar would have meant that the rupee would have appreciated in value. In other words, the rupee’s exchange rate — to continue using the previous example — would have gone from Rs 50 to a dollar to Rs 45 a dollar.

But at 45 to a dollar, India’s exports would have become costlier for the US or the rest of the world, thus bringing down their demand. At the same time, Indians would have found foreign goods cheaper, thus India’s imports would have gone up. This would have led to a widening of the trade deficit or the current account deficit to such an extent that the BoP would have balanced on its own.

The big difference was that when the RBI intervened, India’s exchange rate stayed stable while India’s forex reserves improved. In a scenario where the RBI doesn’t intervene, the level of forex reserves would have stayed the same but the rupee would have appreciated considerably.

That’s it for today on BoP.

Later this week, the RBI’s Monetary Policy Committee will reconvene and reevaluate the country’s monetary policy stance. Chances are high that the RBI will find itself with no other option but to raise the inflation forecast for the coming year. Here’s why.

The RBI, however, may not resort to raising interest rates.

If you want to know more about the threat of inflation in India, you can save this playlist of The Express Economist show. In particular, watch this two-part interview with Dr Aurodeep Nandi of Nomura, In part 1, he explains why higher prices are here to stay and in part 2, he explains how each government benefits from high levels of the inflation rate.