If you haven’t made tax-saving investments by March 31, you can’t claim the exemptions. In such a case, opt for the new concessional tax regime 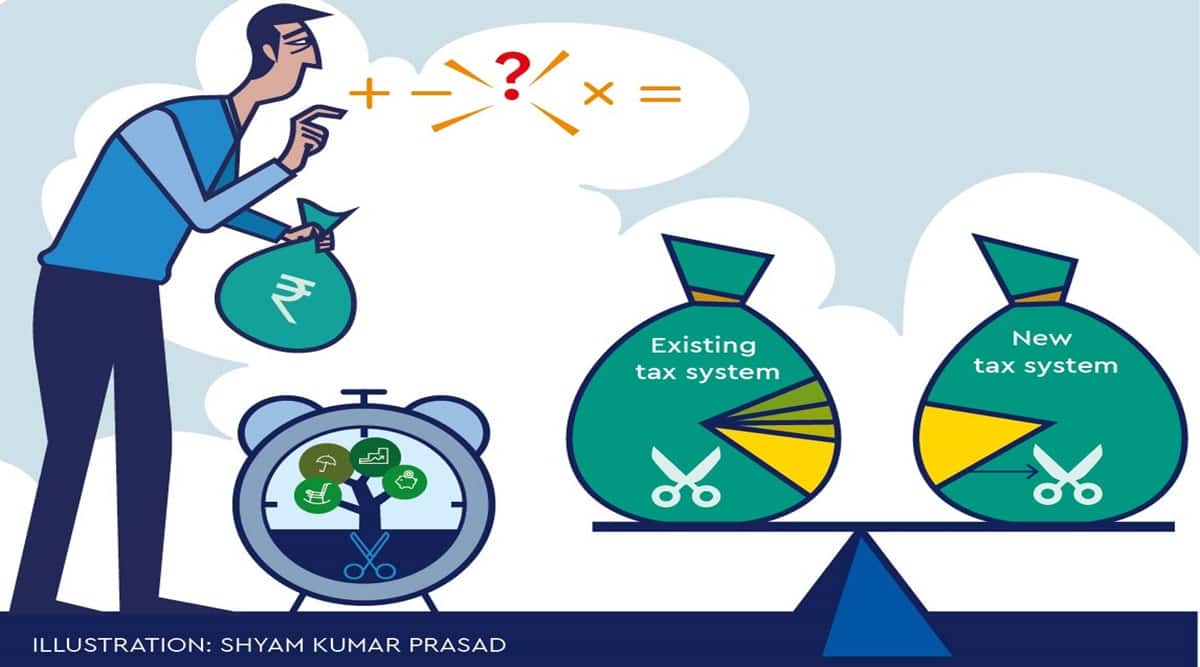 The old regime offers a wide array of deductions and exemptions in respect of certain investments.

It is normal for taxpayers to structure their transactions in a way that will give them tax benefits through genuine and legitimate practices. Accordingly, tax planning constitutes an important part of annual financial planning. It is essentially designed to ensure that needless tax expenses are not incurred. The sooner you start with it, the more cost-effective it becomes, whereas delaying tax planning only enhances the burden towards the year-end.

The most basic way of saving tax is via investments in tax-saving instruments. There exists an extensive range of deductions available for eligible taxpayers stipulated under Sections 80C to 80U of the Income Tax Act, 1961. The most well-known investment options and payments that result in tax saving are specified under Section 80C and include Provident Public Fund (PPF), Equity Linked Saving Schemes (ELSS) in mutual funds, National Saving Certificates (NSC), 5-year bank deposits, life insurance, health insurance premium and home loan payments, etc.

The new concessional tax regime was announced in Budget 2020 which introduced new tax slabs as well as much lower tax rates. The new regime allows individuals to opt for alternate tax rate regime wherein income can be offered to tax at lower slab rates provided certain stipulated deductions and exemptions including those under Section 80C, brought-forward losses and unabsorbed depreciation are forgone.

It is optional for individual taxpayers to exercise this option in every assessment year as per their convenience. However, taxpayers having business or professional income do not have the leeway to choose between the two tax regimes in every financial year. If such an individual opts for the new tax regime but subsequently decides to switch back to the old regime, he will have only one opportunity to do so. Once this option of switching back is exercised, then the individual cannot choose the new tax regime in any of the future financial years.

Is the new regime better for late tax planners?

It cannot be generalised that the new regime is better than the old regime or vice-versa. The choice between the two tax regimes will necessarily depend upon various factors including income level, income composition, i.e., sources of income, investment appetite and saving habits. Put simply, you have to work out their tax liability under the old as well as the new tax regime before deciding which one is more beneficial.

The old regime offers a wide array of deductions and exemptions in respect of certain investments. However, in order to be eligible for claiming these exemptions and deductions, most of the eligible investments are required to be made up to March 31 of the relevant financial year.

This is particularly beneficial for salaried individuals as even though an intimation to employer of the intent of availing old or new regime is required for the purpose of withholding taxes, the employee is not bound by the intimation of the option to the employer and can switch to the alternate tax regime while filing the return of income (ITR).

Hence, even when a salaried individual intimates to the employer of the intent of paying taxes under the old regime but fails to assess his investment choices before the timelines, he can  shift to the new taxation regime with reduced tax rates at the time of filing of return for reducing his tax expense.