The Web3 internet is presented as the paragon of decentralisation. But cracks are showing up on its edifice already 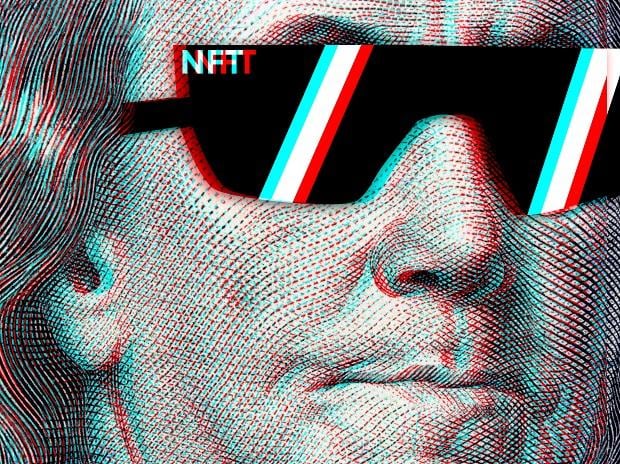 After creating a great deal of noise in the crypto world by auctioning a collection of Amitabh Bachchan NFTs (non-fungible tokens) for Rs 7 crore, Indian blockchain start-up GuardianLink wanted to appeal to global pop culture aficionados.

So, the next step was to create an NFT collection of an international celebrity. And it zeroed in on legendary comic book creator Stan Lee for this. But soon after the NFTs of Chakra: The Invincible were launched on GuardianLink in December, similar rip-offs were put up for auction on OpenSea, an NFT platform that is considered to be one of the largest globally.

Now, someone who would have been following the NFT craze online over the past one year might have thought that the auctioneers and owners of the Chakra collectibles would have to just accept this and get on with their lives. After all, NFTs are digital artworks – and anyone with a computer can copy, paste, save and share images.

More importantly, OpenSea is a Web3 platform – a newer version of the internet where ideally anyone can share anything without the fear of censorship. It is not like YouTube where content can be flagged as inappropriate or pirated and the platform would take it down.

Yet, OpenSea obliged and took down the fake NFTs on GuardianLink’s request. While this might sound like a run of the mill situation for Web2 which is the internet we are familiar with, it is an issue of existential dimensions for the Web3 world.

When former US President Donald Trump’s tweets were being flagged continuously in 2020 and the polarising politician’s account was suspended from the microblogging site, crypto and blockchain evangelists said that this could be the fate of anyone.

While many have been critiquing Web3’s claims of offering a vastly different internet where the individual user’s rights are preserved, they have always been rebuffed by crypto supporters as being ignorant.

But a searing rebuttal of Web3 by veteran cryptographer and technology entrepreneur Matthew Rosefield, better known as Moxie Marlinspike, last weekend may be turning the tide.

When Marlinspike made an NFT that can change depending on who looks at it, designed such that the digital artefact modified its form – from web server to web server, IP address to IP address, or user to user – and put it up on OpenSea, the platform removed it without any warning or explanation.

“There’s nothing in the NFT spec that tells you what the image “should” be, or even allows you to confirm whether something is the “correct” image… There’s nothing unusual about this NFT, it’s how the NFT specifications are built. Many of the highest priced NFTs could turn into emoji at any time; I just made it explicit,” he wrote in a blog.

For this reason, any crypto platform has to act like a centralised authority in the long run, experts say. Otherwise, they would become prone to scams. “Web3 being absolutely decentralised is an idealisation. It is a narrative that some of those who are invested heavily in crypto might want to amplify,” says the partner of a venture capital firm which invests in crypto companies.

Another important characteristic of the emerging Web3 landscape Marlinspike has pointed out is that a few platforms like OpenSea, Alchemy and Infura are turning out to be disproportionately powerful.

These are portals through which crypto companies and users can engage with blockchains for different purposes. This is because most users can’t – or in many cases don’t want to – take the pains to employ a system that can directly interact with a blockchain as it might be complicated or expensive. So, most Web3 users actually end up using crypto or related products through other portals who make those things more accessible. This in turn is leading to a few platforms on Web3 becoming too big – just like Facebook, Google or Twitter have become by dint of mammoth user bases.

“But the difference is that although Web3 platforms could become very big with many users, they still would not own a user’s data,” says Siddharth Menon, COO of crypto exchange WazirX.

“Also, people need to understand that Web3 is not singularly about blockchains. It is mostly an ideal. And even a Web2 platform that respects those features and designs a platform in the same fashion can transition into Web3,” he added.

Kameshwaran Elangovan, co-founder and COO of GuardianLink, thinks that the phenomenon of few platforms dominating the Web3 ecosystem will not last long. “Some big crypto VCs like Andreessen Horowitz have emerged in the last few years. And their support is helping some crypto companies have a big market share. But as users becoming more aware and themselves start investing in crypto start-ups through tokens, this phenomenon will wane,” he says.

Many working on Web3 say it will reduce the power of, and revenues made by, big technology firms.

There are two lines of thought around this. “In Web3, instead of data residing in these centralised databases, it is going to reside on the blockchain technology which is not controlled by one organisation. And with that, my data becomes my choice, (and) which advertiser I want to give it to, and if the advertiser is paying Facebook, I should get a piece of that,” said Kapil Rathi, CEO and co-founder of digital currency exchange CrossTower in an earlier interview with Business Standard.

Others believe this is not going to be the case. “Big technology firms have been monetising people for data, where revenue models depend on productising people. Web3 adoption will force these companies to rethink their core business models and become more community-owned and driven,” said Arjun Kalsy, vice president for growth at blockchain start-up Polygon.