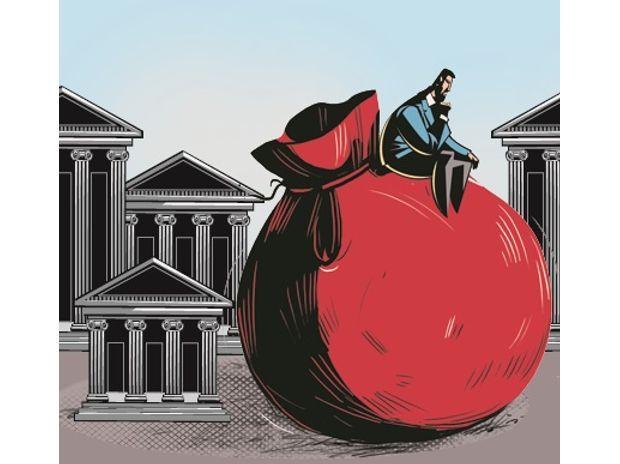 The Emergency Credit Line Guarantee Scheme (ECLGS) for micro, small, and medium enterprises (MSME), one of the government’s key planks in reviving economic activity, has prevented 1.35 million MSME accounts from going under, according to a report by State Bank of India released on Thursday.

The scheme has saved around 15 million jobs and stopped 14 per cent of outstanding MSME loans from turning into non-performing assets (NPAs), said the report authored by SBI’s Chief Economic Advisor Soumya Kanti Ghosh.

Since the launch of the scheme by Finance Minister Nirmala Sitharaman in May 2020, MSME loan accounts worth Rs 1.8 trillion in absolute terms were saved from slipping into NPAs.

“According to our analysis, if these units had turned non-performing, then 15 million workers would have become unemployed. In effect, the scheme saved the livelihood for 60 million families (assuming four family members per worker including herself),” said the report.

The report stated that of the 1.35 million MSMEs accounts that were saved due to scheme, almost 93.7 per cent are in the micro and small category

According to SBI’s analysis, the trading sector, including small kirana shops, has benefitted the most followed by food processing, textiles and commercial real estate. “Amongst the states, Gujarat has been the biggest beneficiary, followed by Maharashtra, Tamil Nadu, and Uttar Pradesh,” he said.

Ghosh said an older scheme, the Credit Guarantee Fund Trust for Micro and Small Enterprises, should be revamped using the best practices from ECLGS, its scope and role should be expanded, and it should be administered on the line of the US Small Business Administration.

For his research on the impact of ECLGS, Ghosh told Business Standard that his team analysed the Special Mention Account (SMA) data for the banking system based on trends in SBI portfolio to quantify the benefits derived from ECLGS in terms of asset quality.

SMAs are accounts exhibiting signs of incipient stress resulting in the borrower defaulting in timely servicing of their debt obligations, though not yet been classified as NPA. Early recognition of such accounts enables banks to initiate timely remedial actions to prevent their potential slippages into NPAs.

“We applied a simple yet appropriate methodology in which we considered all such accounts whose status improved or remained in the same category in Nov 2021 as compared to September 2020,” he said.

Ghosh said the results were ‘startling’ going by the positive ramifications on multiple pivots, encouraging exploring feasibility of similar structure to provide holistic support to MSME sector in anchoring the economy.

According to the report, in FY21, the financial system disbursed loans worth Rs 9.5 trillion to MSME sector, which is significantly higher than preceding years of Rs 6.8 trillion in FY20. This sharp jump in MSME lending in 2021 has been supported by the Atmanirbhar Bharat scheme of ECLGS.

“The ECLGS had a significant impact on credit flow to the micro segment within MSME. In 2020, MSMEs received higher credit compared to 2019, primarily due to the ECLG scheme. Incremental credit in 2020 (over 2019) was much higher than the credit provided in pre-pandemic times (2019 over 2018),” the report stated.

“We recommend that the existing CGTMSE scheme for extending loans to the SME sector be relooked into totality and be reoriented by adopting the best practices from the current ECLG scheme,” it said.