Even as prices swung wildly, investors large and small dived into Bitcoin and Ethereum as well as non-fungible tokens 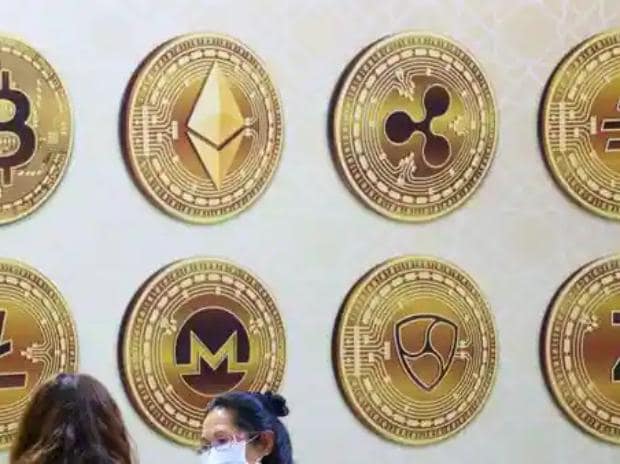 Thomas Peterffy took out a full-page ad in the Wall Street Journal in 2017 warning of the dangers that bitcoin futures posed to capital markets.

These days, the Hungarian-born billionaire is well versed in cryptospeak. Peterffy, worth $25 billion, said it’s prudent to have 2 per cent to 3 per cent of one’s personal wealth in cryptocurrencies, just in case fiat currency goes to “hell.”

He owns some himself, while his firm Interactive Brokers Group Inc. recently offered customers the ability to trade Bitcoin, Ethereum, Litecoin and Bitcoin Cash, after detecting “urgency” from its clients to get in on the action.

Peterffy, 77, said Greenwich, Connecticut-based Interactive Brokers will offer the ability to trade another five to 10 coins or so starting this month.

It’s possible that cryptocurrencies could reap extraordinary returns — even if the opposite is also true, Peterffy said.

His approach highlights the shifting attitude toward crypto by investors who once scorned or were wary of digital tokens but realised, especially in 2021, that they can’t bear to miss out on the potential for big gains.

Even as prices swung wildly, investors large and small dived into Bitcoin and Ethereum as well as non-fungible tokens, dog-themed assets and shitcoins, including the aptly-named $ASS Coin.

Ray Dalio recently revealed he was holding at least some Bitcoin and Ethereum in his portfolio only months after questioning crypto’s utility as a store of wealth.

The Bridgewater Associates founder views the investments as an alternative money in a world where “cash is trash” and inflation erodes buying power.

Paul Tudor Jones disclosed he’s invested as a hedge against inflation, and almost half the family offices Goldman Sachs does business with were interested in adding digital currencies to their portfolios, according to a recent bank survey.

Crypto moved increasingly into the mainstream of finance, albeit with mixed success.

ProShares launched the first US Bitcoin futures ETF, which attracted more than $1 billion in two days, before inflows sputtered and the price slumped since its October debut. Crypto enthusiasts are still hoping US regulators approve an ETF that actually holds Bitcoin in 2022.

Faring better, Coinbase went public and now has a $54 billion market valuation. Its founder, Brian Armstrong, is worth $9.7 billion, according to the Bloomberg Billionaires Index.

It was also a period when crypto collided with culture. An NFT from Beeple sold for $69.3 million at Christie’s. Tom Brady released NFTs tied to his legendary career, while Katy Perry, Grimes and the agency behind K-Pop sensation BTS all sought to profit from the burgeoning industry. El Salvador’s President Nayib Bukele even made Bitcoin legal tender in his country.

The crypto marketing juggernaut will keep going in 2022 — Staples Centre in Los Angeles is now Crypto.com Arena, while FTX and Singapore’s Crypto.com are running ads during the Super Bowl — even if prices don’t necessarily climb to the moon.

Michael Novogratz, who runs Galaxy Digital, said last month that prices could go “sideways to down” in the near-term. There was a lot of “froth” in the markets in 2021, Novogratz told Bloomberg, as retail investors piled into NFTs and pursued unusual crypto investments. The New York-based digital evangelist also predicted Bitcoin won’t fall below a floor of about $42,000. It closed the year at about $46,300.

“So much money is pouring into this space it would make no sense if crypto prices would go much below that,” Novogratz stated.

Jesse Powell, chief executive officer of crypto exchange Kraken, acknowledges prices could fall, but said on Bloomberg TV on December 14 that any move below $40,000 is a “buying opportunity.” He’s quick to admit he’s not always got it right. In August, he predicted prices would reach $100,000 a coin in 2021. Ark Investment Management’s Cathie Wood, meanwhile, still expects Bitcoin to reach $500,000, and said last month that it isn’t necessarily due for a correction.

There’s still plenty of scepticism from Wall Street and the ultra-wealthy, but also pragmatism.

Citadel’s Ken Griffin recently described the rush to embrace cryptocurrencies as a “jihadist call” against the US dollar. But Griffin said his own firm would trade crypto if there were more regulation. JPMorgan Chase’s Jamie Dimon called Bitcoin “worthless” in October, but that came even as the New York-based banking giant was bulking up hiring to help its clients trade digital currencies.

The bank’s clients are “adults,” Dimon has said.