‘We will retain the status quo’, says Finance Minister Nirmala Sitharaman after emergency meeting in Delhi. 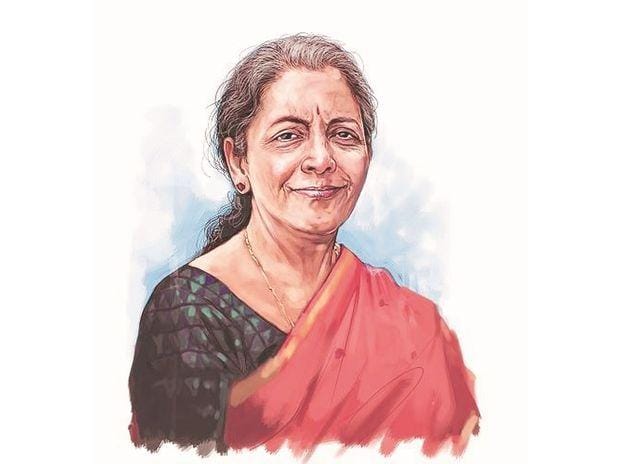 The Goods and Service Tax Council, in its 46th meeting in New Delhi on Friday, decided to defer a hike in the GST rate for textiles to 12 per cent from 5 per cent. The matter has been referred to an existing Group of Ministers on GST rate rationalisation, Finance Minister Nirmala Sitharaman said.

“It was a brief meeting, triggered by a letter sent to me by the finance minister of Gujarat. We will retain the status quo and not go to 12 per cent from 5 per cent, in the case of textiles,” Sitharaman said at a media briefing after the Council meeting.

She said that while the issue of rectifying inverted duty structure in textiles had been discussed in multiple GST Council meetings, the matter needed to be revisited as apart from the political opposition, she had received representations from many textile industry bodies.

Industry bodies like the Confederation of All India Traders welcomed the decision. The CAIT said the move would bring relief to textile traders of the country who were under immense stress for more than a month. Like textiles, it is also necessary to postpone the decision to increase the GST rate on footwear,” it said in a statement.

“The decision to defer the GST hike for the textile sector is a welcome move, especially in view of the impending third wave. It is good to see the government acknowledging the concerns of the industry and acting on it,” said Rajat Bose, partner at Shardul Amarchand Mangaldas & Co.

But analysts and government officials in private concede that reversing inverted duty corrections would close avenues for states to increase their GST revenues, at a time when compensation cess is slated to end in June 2022.

“At the end of the day, the GST Council is a political body. The decision to raise the rates had been taken in September after multiple rounds of deliberations and analysis of the sector,” said a senior government official.

“While the rollback of the GST rate hike proposed on many textile products would benefit the sector, especially SMEs and MSMEs, it would be necessary to find out a solution to the problems of the inverted duty structure in the textile sector,” said M S Mani, partner, Deloitte India.

Mani said the decision to roll back the proposed GST rate increase in the case of textile products would “make the footwear sector expect a similar treatment”.

At the 45th GST Council Meeting in Lucknow on September 17, the Council had decided to rectify the inverted duty structure for footwear and textiles. Subsequently, the rate for footwear and textiles for any value was raised to 12 per cent, effective from January 1, 2022. Earlier the GST rate was 5 per cent for sale value up to Rs 1,000 per piece in the case of apparel and per pair in the case of footwear.

When asked on Friday whether the decision on raising rates in footwear stays or not, Sitharaman said that no new decision has been taken.

Regarding textiles, while experts had hailed the rate hike decision earlier, a section of the clothing industry decried it, saying that only a small group of the sector had an inverted duty structure. Many trader organisations have been demanding a rollback of the rate hike.

At a pre-Budget meeting between the Centre and states on Thursday, many, including Tamil Nadu Finance Minister P Thiagarajan, and Rajasthan Technical Education Minister Subhash Garg had asked that the rate hike be reversed.

Former West Bengal Finance Minister Amit Mitra and Telangana Industries Minister K T Rama Rao had earlier urged the Centre to roll back the proposed hike in textiles. “The (Narendra) Modi government will commit another blunder on January 1. By raising GST on textiles (from) 5 per cent to 12 per cent, 15 million jobs will be lost and 100,000 units will close,” Mitra had tweeted.

The problem of inverted duty structure arises when the finished product is in a lower tax bracket when compared to the input raw materials. However, this usually leads to a rise in the rates of finished products. There has not been as much opposition to the rate hike in footwear, compared to textiles, and that hike will come into effect from January 1.

At the Lucknow meeting, the Council had set up two GoMs. One group was tasked with suggestions on rationalising rates and correction of inverted duty structure and is led by Karnataka Chief Minister Basavaraj Bommai. The tenure of this group has been extended and it will submit its report on the rate hike on textiles by February 2022, Sitharaman said.

“The proposed recommendations of the rate rationalisation committee expected in the next two months would be keenly watched by many sectors, including the textile sector,” said Mani.

The other group has been tasked with recommending ways to review IT systems, potential sources of evasion, and data analyses in order to expand the tax base and maximise returns. This GoM is headed by Maharashtra Deputy Chief Minister Ajit Pawar.