Having kept the main interest rates steady on Wednesday, Das starts his next three-year term Dec. 11 with some in the bank already calling for unwinding the ultra-loose policies. 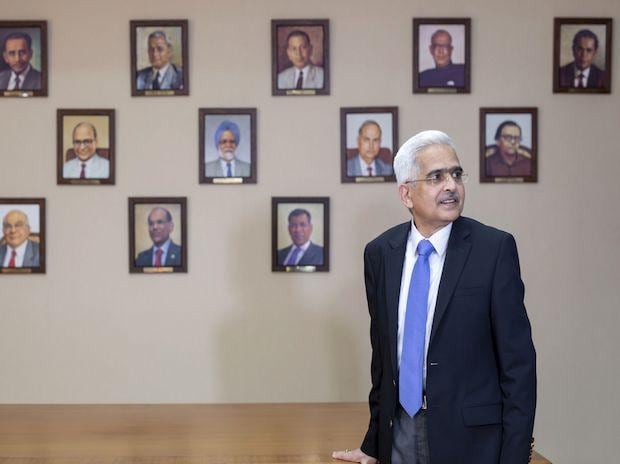 India’s central bank Governor Shaktikanta Das heads into his second term with increasing pressure to pivot back toward battling inflation and winding down his crisis-era policy settings.

Having kept the main interest rates steady on Wednesday, Das starts his next three-year term Dec. 11 with some in the bank already calling for unwinding the ultra-loose policies. One of the six members on the monetary policy committee has been vocal about it since August.

Das’s colleague on the panel, Jayanth R. Varma has dissented against the Reserve Bank of India’s lower-for-longer stance to boost growth, which he said is creating an “erroneous perception” that policy makers were no longer serious about fighting inflation — which was cemented into law in 2016 as monetary policy’s primary objective.

ALSO READ: A straight jacket policy by the RBI as the Omicron threat looms

The view that rates cannot be anchored at historical lows for long is gaining ground given the inflationary pressures. Mridul Saggar, an executive director at the RBI and a member of the monetary policy committee, at the October meeting said “negative real rates” should be “corrected.”

“One of the biggest challenges for the governor over the next year would be to strike a right balance between normalizing monetary policy without pushing the market rates to levels which can deter growth recovery,” said Anubhuti Sahay, Mumbai-based South Asia chief economist at Standard Chartered Plc. She’s forecasting a rate hike in August next year “though risk of it being delivered earlier exists if inflation stays elevated.”

Inflation has hovered above the RBI’s 4% medium-term target for 25 consecutive months, but it isn’t exactly on fire at the moment. That said, risks loom in the form of rising food costs, higher fuel prices and global uncertainties.

“Price stability remains the cardinal principle for monetary policy as it fosters growth and stability,” Das said on Wednesday. “Our motto is to ensure a soft landing that is well timed.”

Economists have penciled in the first significant rate hike in the second quarter of 2022, while swap markets had been factoring in an increase this month in the reverse repo — a step promoted by Varma — which is the level at which the central bank absorbs excess cash from lenders.

On Wednesday, policy makers decided to leave the rates unchanged citing risks to recovery from the omicron variant of coronavirus, and instead opted for incremental steps to absorb liquidity, which at about 9.2 trillion rupees ($122 billion) is close to a record and presents an immediate risk to inflation.

Das has also shown he’s ready to use the RBI to protect against financial instability from lenders and the growing popularity of virtual private currencies.

Just last month, the RBI took control of Reliance Capital Ltd., a company controlled by former billionaire Anil Ambani, citing a failure to meet payment obligations and “serious governance concerns” that the board failed to remedy.

This was the latest clean-up job by the central bank in a long line of shadow banks that have folded since 2018. Dewan Housing Finance Corp. got sold to Indian billionaire Ajay Piramal, while Srei Infrastructure Finance Ltd. and Srei Equipment Finance Ltd. were taken over by the RBI in October.

Having worked toward stability in the financial sector, Das’s focus will inevitably turn to the threat posed by private digital currencies. He intends to introduce a sovereign-backed virtual unit in the coming months to blunt that.

Introduction of the central bank digital currency will be “path-breaking,” with potential implications for payment systems and monetary policy, as well as the structure and stability of the financial system, said Garima Kapoor, an economist at Elara Capital. 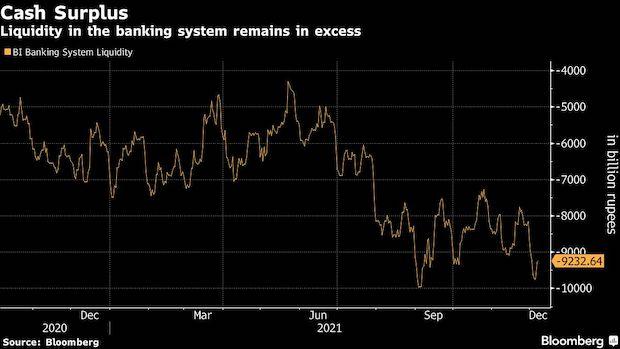 The RBI started tapering with baby steps, withdrawing excess liquidity amid fears it could fan inflation, which is running above its medium-term target of 4%. Das says these actions are in sync with the evolving situation.

Negative real rates have led investors to buy riskier assets like stocks and away from the relative safety of bank deposits or bonds. Economists like Deutsche Bank’s Kaushik Das said if real rates are allowed to remain in negative territory for long it could lead to asset bubbles and financial instability, another big challenge for Das.

Das has also identified private crypto coins as a threat to the nation’s financial stability, recommending the government outlaw virtual currencies and, instead, introduce a central bank digital currency.

The government, though, is said to consider a proposal to treat private coins as a financial asset and, in a move to perhaps placate the central bank, will introduce a law that will allow the RBI to issue its own digital currency.

But Das’s biggest task will be the shift to normalizing policy.

“The challenges in the second term are likely to be as complex as those in the first,” said Elara Capital’s Kapoor. “It involves crafting of exit strategies in the face of many near-term uncertainties, such as inflation and uneven growth.”