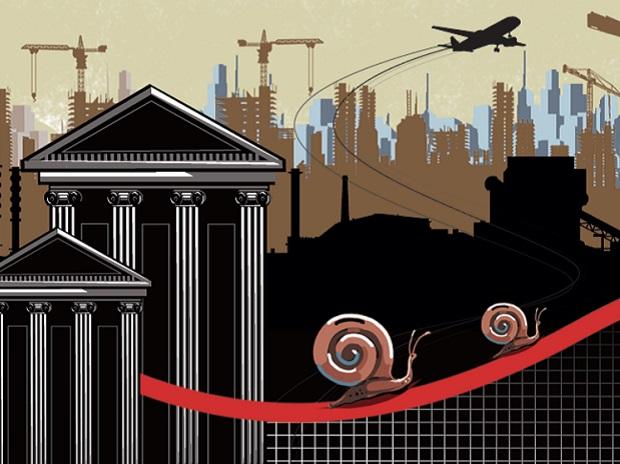 Bank credit to the services sector has remained in the slow lane in FY22 despite relaxations after the second wave of the pandemic.

Fresh bank loans to services industries such as trade, non-banking financial companies, commercial real estate, transporters, and aviation are up 2.9 per cent year-on-year in April-October 2021, just above the 2.7 per cent in the same period in FY21, according to the data from the Reserve Bank of India.

Outstanding bank credit to services inched up to Rs 26 trillion on October 22, 2021, against Rs 25.3 trillion a year ago. The figure was Rs 26.5 trillion at the end of March this year, which suggests loan repayments have exceeded fresh disbursement during April-October 2021.

State Bank of India executives said credit expansion followed a waterfall pattern. Credit to the services sector happens with a lag. The turnaround in demand from the industrial segment is a recent phenomenon (one-two months).

Broad-based credit expansion is expected in the next two to three quarters. The impact of the devastation caused by the first and second waves of the pandemic on services like hospitality lingers and the sector will take longer to see an uptick in credit expansion.

This is the worst showing for bank credit to this sector with the exception of FY21, when economic activities in retail, trade, transport, and commercial real estate were hit in the first half of the financial year.

A slowdown in lending to the services sector means banks are largely dependent on personal loans, including home loans and farm credit, to grow their loan book.

Analysts say the slowdown in credit to the service sector could affect economic growth because the segment accounts for nearly 62 per cent of India’s economy.

This is the first time since the RBI began to publish sectoral credit data in 2008 that bank loans to the services sector are growing at a slower pace than industrial credit.

Trade led the slowdown. They were wholesale as well as retail, commercial real estate, transport operators, aviation, and other services sectors. These four industries account for nearly 71 per cent of bank credit to the service sector.

Bank credit to NBFCs, which account for nearly a third of all bank loans to the services sector, is up 1.4 per cent in the first seven months of FY22, just a notch above the 0.2 per cent growth in FY21.

Credit to the trade sector — retail and wholesale together — was up 7.1 per cent in the first seven months of FY22 against 12.7 per cent growth in FY21.

Trade is the second-biggest segment in services with outstanding bank credit of Rs 5.96 trillion on October 22, 2021.

Madan Sabnavis, chief economist, CARE Ratings, said wholesale and retail like shops continued to reel from the effect of the pandemic. This is showing up in the credit demand lag.

Credit to commercial real estate was down 0.5 per cent in the first seven months of FY22 against 1.31 per cent growth in FY21.