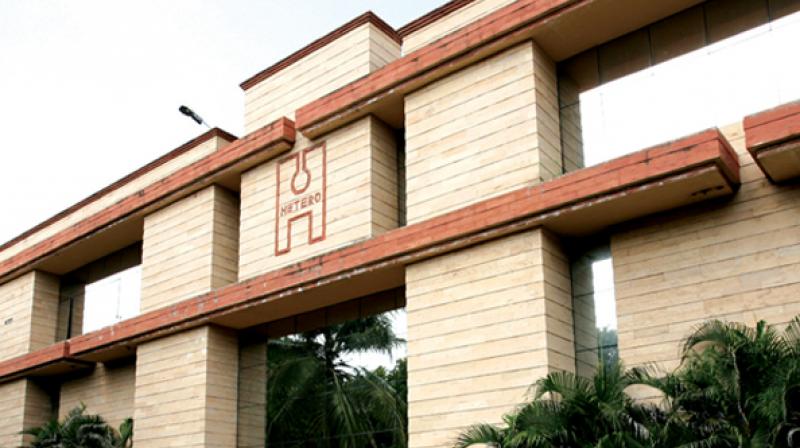 Hetero Group has, in the last one year, grown in terms of wealth as they produced two important generic drugs for treating Covid-19 patients remdesivir and tocilizumab. (Photo:Hetero)

HYDERABAD/ VISAKHAPATNAM: Twenty teams of income tax department on Wednesday raided offices and factory of Hetero Labs Ltd and houses of its directors. The anti-tax evasion wing, along with the help of Central Reserve Police Force (CRPF), are carrying out raids on 20 properties owned by the group.

Offices of the directors of Hetero Labs Sambi Reddy Jonnala, Reddy Narsimha, Bandi Vamsikrishna, Parthasaradhi Reddy Bandi, Attunuri Venkatanarasa Reddy, Kalavathi Bandi and Rathankar Reddy Kura were raided. The raids are going on in their head office at Sanathnagar and other locations in Hyderabad.

Meanwhile, the income tax sleuths conducted the raids on the offices and production units of Hetero Drugs in Visakhapatnam district. The company has its manufacturing unit at Nakkapalli mandal in the district.

A 25-member team of the I-T wing checked the documents related to the I-T returns and companies’ transactions during the Covid-19 period.

The raid comes days after Hetero Group chairman B. Parthasaradhi Reddy was ranked the second richest man from Hyderabad by Hurun India Rich List 2021. Reddy has been ranked the 58th wealthiest man in the country.

Hetero Group has, in the last one year, grown in terms of wealth as they produced two important generic drugs for treating Covid-19 patients remdesivir and tocilizumab.

According to sources, this has got pharma companies and the healthcare sector in possession of a lot of cash. Due to this reason, huge land banks are being purchased by hospital, healthcare and pharma groups in Telangana. There was no information till late evening on the IT raids as the officials were inside the premises. It is expected that the raid will go on till Thursday.