It would also reduce imp­orts from countries like China, Taiwan and South Korea and facilitate foreign collaborators to set up manufacturing footprint in India 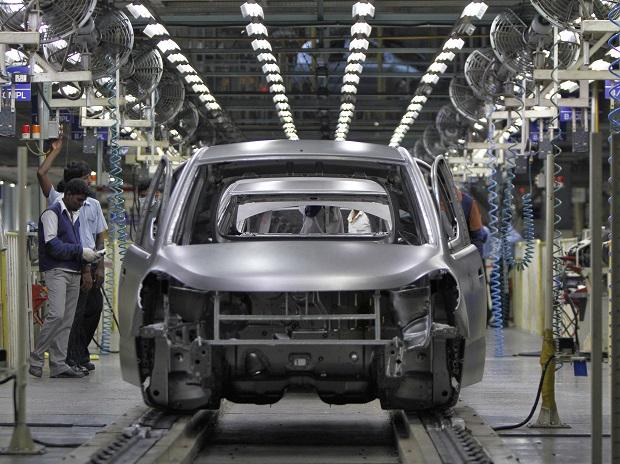 India imported parts worth $13.8 billion in FY21 while it exported $13.3 billion worth of parts in the same year, according to Automotive Component Manufacturers Association (ACMA).

It would also reduce imp­orts from countries like China, Taiwan and South Korea and facilitate foreign collaborators to set up manufacturing footprint in India, said executives of auto component firms. This, in turn, could also make India an export hub, they added.

India imported parts worth $13.8 billion in FY21 while it exported $13.3 billion worth of parts in the same year, according to Automotive Component Manufacturers Association (ACMA). The PLI is expected to bridge the trade deficit, which reduced to $0.5 billion in FY21, said experts.

China’s share in the overall import pie was the highest at 29 per cent, followed by South Korea at 13 per cent and Ger­many 10 per cent. The remaining 48 per cent came from Jap­an, the US, Thailand, Si­n­­ga­pore and others. The department of heavy industries (DHI) is expected to notify, in a few days, a detailed list of parts that are eligible for PLI. After this, component makers can initiate work on applying for the scheme. Once an application is approved, investment decisions can be firmed up.

“We expect to complete the whole process by the end of this year,” said Nirmal K Min­da, chairman, Minda Indus­tries. Minda, which makes a diversified range of auto parts, including alternative fuel systems, air filtration systems, sw­itches, sensors actuators and advanced driver assistance systems (ADAS), among others, is expected to be among the key beneficiaries of the PLI sch­eme. The scheme will speed up the localisation of new technologies and promote exports, he said, citing an instance of battery charger and controller and various other parts that are used in electric vehicles (EVs).

Deepak Jain, chairman and managing director at Lumax Industries, said, “It would facilitate investments in the joint ventures we have forged in the recent past. It only helps that the scheme has revenue-linked targets,” said Jain. Lumax controls 60 per cent share in the automotive segment. With its wide range of lighting products and shifters, it is well positioned to benefit from the scheme.

Under the scheme, the local content can be as high as 60 per cent over a five year-period against 20 per cent if one had launched it without the PLI, added Jain. For auto components, the incentives range from 8 to 18 per cent. Battery and hydrogen fuel cell makers will get an additional incentive of 5 per cent. The scheme has excluded petrol, diesel and CNG vehicles from its purview for the time being.

Suresh K.V, president of ZF India, said, “The scheme excellently dovetails with the Make in India and is in sync with all the past schemes.”

Most of the family-run auto component firms and multinationals will be eligible for the scheme, said Hemal Thakkar, director of CRISIL Research. “It provides a sizable opportunity for auto components,” he said.

According to Thakkar, it will help in import substitution of electric and electronic parts that account for a sizable portion of auto component im­ports from South Asian countries and China.