As of now, there’s no clarity on whether the government stake would be limited to 26 per cent or if it could go up much further 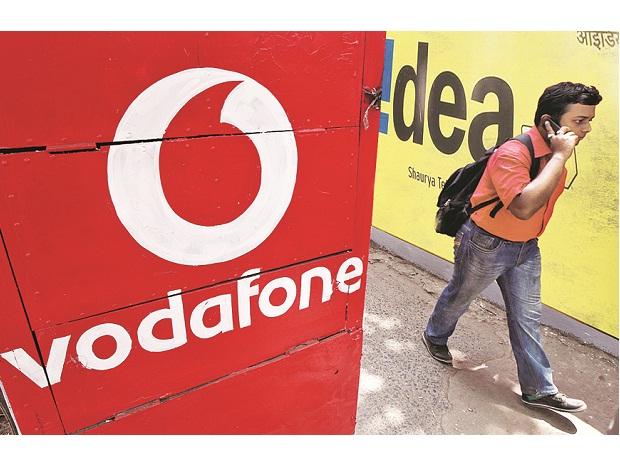 The question mark over Vodafone Idea’s survival is gone after the government’s telecom package, Managing Director and Chief Executive Officer Ravinder Takkar said in an interaction last week. The extended moratorium for spectrum payments and adjusted gross revenue (AGR) dues has indeed ensured that Vodafone Idea survives, at least for the time being, but questions remain. Answers to those questions may determine the future of Vodafone Idea and its power to stay in a difficult telecom market in the coming years.

The biggest question is around the promoters’ interest to remain invested and infuse fresh funds. UK-headquartered Vodafone Group, which holds 44.39 per cent stake in its Indian telecom business, maintains that it is not putting fresh money into the venture. A Vodafone Plc spokesperson said as much in a statement within days of the Union Cabinet clearing the telecom package. The stand of the other joint venture partner — Aditya Birla Group, with a 27.66 per cent holding — is unclear.

Not too long ago, Aditya Birla Group Chairman Kumar Mangalam Birla had written to the government offering to give up the group’s stake so that a state-owned entity could help revive the telco. Last month, Birla stepped down as chairman of Vodafone Idea, ushering in old-timer Himanshu Kapania in that role.

On whether the promoters still believe that good money should not be thrown after bad in the backdrop of the government revival package, Takkar said he was not aware of their stand and added that fresh investments could come from external investors or promoters or a combination of the two. Sources who are aware that the developments indicated that the Birla group could possibly infuse some funds into Vodafone Idea. The expectation is that that would be followed up by fund-raising from external investors.

The other question is about the nature of the investor. A top industry executive ruled out any investment from any international telecom operator. “Telecom companies see the price war as a hurdle. They are unlikely to invest,” he said. One or multiple financial investors would be a better bet for Vodafone Idea, the executive pointed out, adding that private equity or hedge funds were likely to put in money.

An investment banker familiar with the telecom landscape isn’t too optimistic about Vodafone Idea finding investors.

“Multinationals don’t want to come into any regulated sector in India. Telecom requires huge capex; where will that come from?’’ he asked. According to this banker, Vodafone Idea can bank on the government equity, which is part of the package.

In any case, fresh investment would depend on the fine print of the telecom package, including the option of the government converting part of the Vodafone Idea debt into equity after four years. That is another question awaiting an answer. What exactly will the government rules be? Those rules are expected to be announced in a couple of weeks, and thereafter, investment talks could pick up pace.

As of now, there’s no clarity on whether the government stake would be limited to 26 per cent or if it could go up much further.

A Jefferies report said the government could own 26 per cent of Vodafone Idea at the end of the four-year period of the moratorium on paying dues related to AGR and spectrum. This is, if the company opts to pay the cumulative interest of Rs 9,000 crore through equity. Another report from Credit Suisse has projected an up to 70 per cent equity pick-up by the government after four years.

The matter has been complicated with the Vodafone Idea CEO saying that the telco will never be converted into a PSU and that the government is neither keen to pick up a stake in the company nor to control it. The government’s hands are already full dealing with the loss-making telco BSNL, Takkar has said in interviews.

Finally, the most critical subject of increasing tariff remains a big question mark. Vodafone Idea has said tariff increase would be gradual and that it doesn’t want to be left alone raising tariffs and losing subscribers. Industry watchers believe there’s no sign from Reliance Jio — which disrupted the market — on raising tariffs yet. An industry source said Jio could go for any meaningful price increase only with 5G services. Jio’s indigenous 5G trials are on currently. That brings us to another question of the 5G spectrum auction slated for 2022. Will Vodafone Idea be able to participate aggressively in the 5G bidding process?

On September 15, the government announced a package for the telecom sector to address the liquidity issue. It’s seen as a lifeline for Vodafone Idea. The package included a four-year moratorium on spectrum and AGR dues, option for equity conversion and rationalisation of the definition of adjusted gross revenue and bank guarantee requirements prospectively, besides structural reforms.

For Vodafone Idea, which has failed to complete a planned Rs 25,000-crore fund-raising plan despite working on it for several months, now is the time to set the house in order with the help of the package. While the four-year moratorium would ease immediate cash flow constraints for the telco, it will need to also raise $1 billion over the next six to nine months to repay its non-spectrum debt and ride through these four years with minimal capex, the Credit Suisse report said. Will that be possible as uncertainties and questions continue to bother any potential investor of the cash-starved telco?