Michael Pinto writes: Critics overstate pitfalls, and hold it up to unreasonable standards 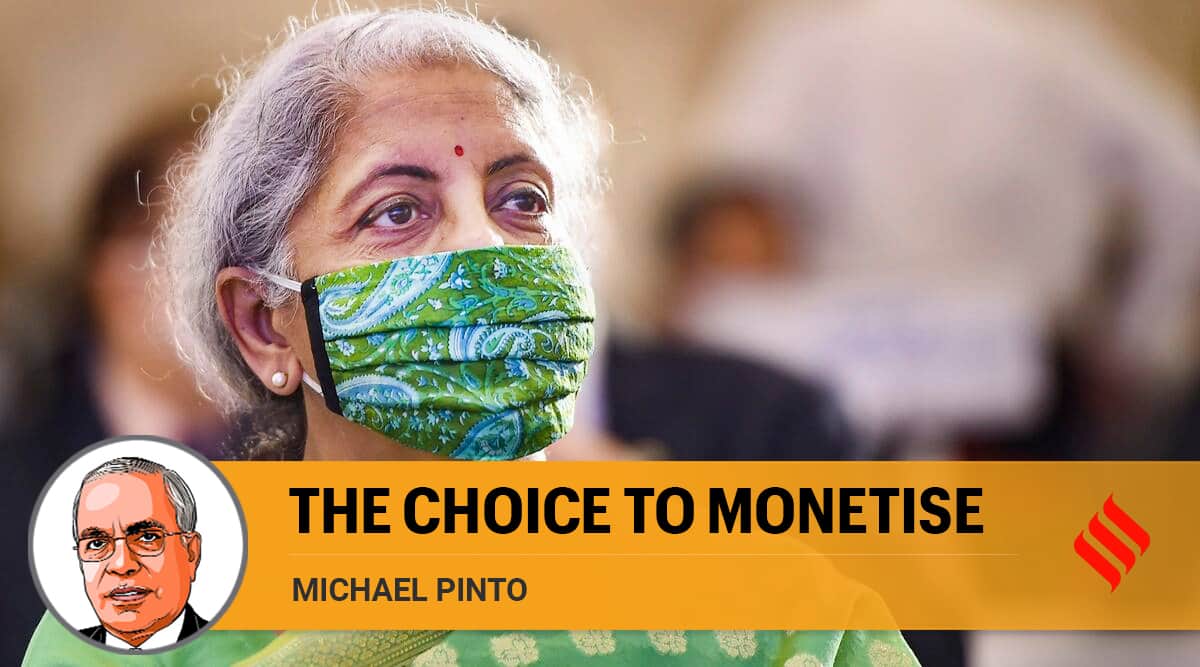 In our present polarised atmosphere, negative reactions from those on opposite sides of the political divide are only to be expected. Parties that supported certain policies when they were in power have now become their bitter opponents when in opposition. Of course, those now advocating them were equally vocal in their opposition when they were out of government. Whether it is the farm laws, monetisation or a host of other initiatives, we have seen the same drama play out each time.

Faced with a slowing economy that only became worse after the pandemic and a huge shortage of funds for investment, the government looked to monetise brownfield assets by unlocking their potential value. The proceeds are to be used for fresh investment in infrastructure. So, the right to collect toll on existing highways would be offered for 30 years or so to private investors in return for an upfront payment. Oil and gas pipelines would similarly be leased to private players as would seaports and airports. Assets proposed for monetisation include airports, terminals in seaports, railway lines, railway stations, stadiums, warehouses and a host of other government assets with unutilised potential.

One of the earliest salvos against this scheme was fired by a former Chief Economic Advisor. His main thrust was that leasing was not the best option because outright sale would bring in greater value and avoid the ticklish questions of asset stripping and maintenance of the leased assets. There is no doubt that an outright sale would bring in higher returns but given the cries of “sellout” by opposition parties when even leasing is mooted, it is unlikely that sale would have been feasible. Potential buyers would be wary of the consequences of an unpopular sale. It may well have led to the kind of stalemate we have seen in the implementation of the agricultural reforms.https://images.indianexpress.com/2020/08/1×1.png

Critics also raise the valid point that leased assets would not be properly maintained. After all, no one washes a hired car. But the agreement to lease could contain clauses that mandate the return of assets in the same condition in which they were offered, normal wear and tear excepted. There could be differing views on what constitutes normal wear and tear but an independent authority whose decision on this would be final, could be part of the agreement to lease. Government undertakings like ONGC routinely lease their offshore vessels (OSVs) for operation and management to outsiders. Ports do the same for their vessels like tugs or pilot launches. In each case, there is a protocol for maintenance and return. In the case of the lease, the protocol would only have to cover the return and could address both maintenance and asset stripping.

Other objections relate to whether monetisation is intended to substitute the skill and efficiency of the private sector for the supposed lethargy of government control. If leasing out a government asset brings improved efficiency in management that would be an additional bonus. But it is not the purpose of the exercise. So, we need not debate whether the private sector is innately more efficient (the jury is out on this one) or has fewer constraints (it definitely does) because these are neutral to the worth of this scheme.

Similarly, fears expressed that the move would bring greater concentration of power in the hands of the private sector are not relevant. Every time the government cedes some ground by opening sectors hitherto reserved exclusively for itself, it runs this risk. This has not prevented them from allowing private operators to operate freight trains or terminals in seaports. It has not even stood in the way of allowing private operators to run airports.

One criticism is that when the private sector bids for these projects, they would probably require institutional finance for at least part of their outlay and this would result in a “crowding out” of other investments. Surely this would apply to any investment, private or public? Public sector undertakings (PSUs) raise funds from banks and even the National Highways Authority of India (NHAI) resorts to public funding. We do not ban PSUs or the NHAI from raising funds in the market. In fact, we actively encourage it since it reduces the burden on governmental outlays. So why quibble if it is done here?

Could this programme lead to the concentration of economic power in a few hands? Certain distressing trends have been seen recently in areas like telecom, airports and seaports but this trend pre-dated the current proposal. It does, however, sound a note of caution that policymakers should guard against. Necessary checks can easily be built into the offer documents that will ensure that the scheme does not create or reinforce monopolies of any sort.

The fact is that our expectations from this scheme have been much too high. When it was first mooted, it had the limited aim of unlocking the intrinsic value of brownfield assets by leasing them out and using the proceeds to finance infrastructure projects. From that, we have raised the bar so high that the programme is now faulted for not improving the performance of PSUs, for risking crowding out of other investments and even for not meeting the government’s entire infrastructure outlay. Out of a total of Rs 111 trillion for the government’s ambitious infrastructure plan, monetisation is likely to net less than 5 per cent. Does that mean that we should abandon it? Can any one scheme finance such a humungous plan? Different schemes and sources will bring their own offerings to swell the total kitty. Let us not belittle their size.

This column first appeared in the print edition on September 25, 2021 under the title ‘The choice to monetise’. The writer is a former secretary (shipping), Government of India