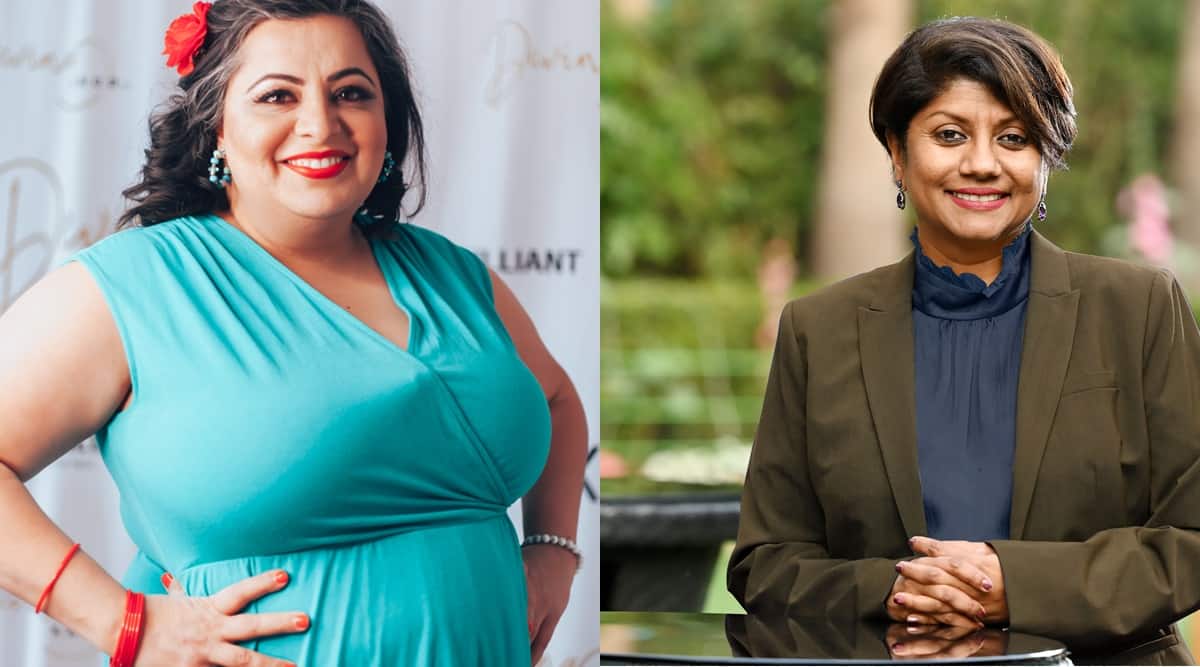 Devina Kaur (left) and Dr Malini Saba share their experiences and challenges of being a single mother. (Source: PR Handout)

In the age of modern families, single mothers continue to be looked at differently — with sympathy, shock or contempt. The absence of a father almost puts their legitimacy as a parent under scanner. Not just neighbours or relatives, but thanks to social media, even unrelated self-righteous people have the liberty to criticise them today. TMC MP and actor Nusrat Jahan’s case was no different. The new mother was heavily trolled when she welcomed her baby in August this year — from making insensitive remarks about the newborn to raising questions about the father.

But single moms today do not want to be bogged down and they have taken such negativity in stride. The first step as a single mother is to not regret her decision but to rather respect it, 41-year-old single mom-of-two Dr Prapti Sharma from Haryana, tells indianexpress.com. “Then, nobody can break us mentally or emotionally. Be someone so bold that nobody can oppose you.”

But for some, this level of self-confidence requires an entire journey of endurance and disillusionment. Canada-based Devina Kaur, mom to a 14-year-old girl, was initially “ashamed” after separating from her husband. “I hid myself and the status of my situation from my friends and family for three whole years. I was in shock and facing the trauma of how I had failed at my most important relationship, how my life had changed and I was also healing. Going into hiding was a choice as I needed some space to find my own two feet,” she recalls.https://images.indianexpress.com/2020/08/1×1.png 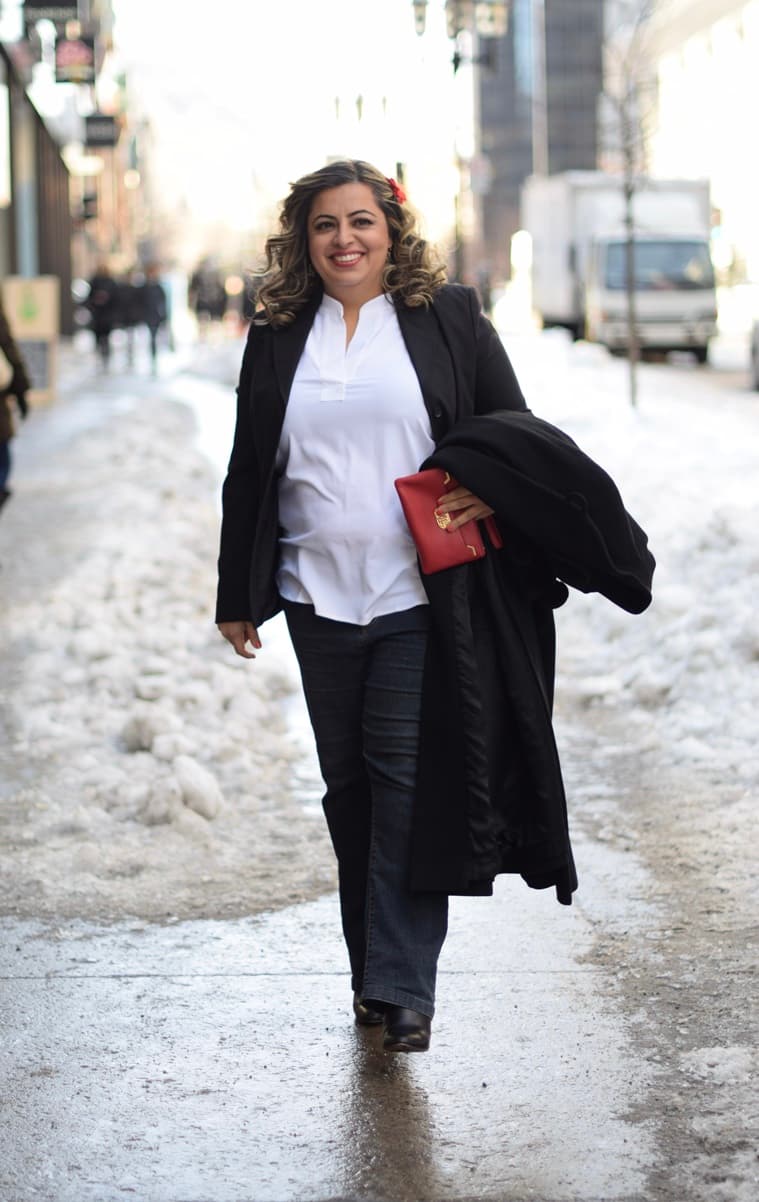 Kaur’s embarrassment traces back to the (mis)conception about broken families that many of us in the country have grown up with. We have often heard stories of couples justifying their marriage or being advised to stick together for their child. But women today are gradually learning to choose their happiness over an unsatisfying relationship.Also Read |How can a single mother secure her child’s future? Follow these tips

A recent United Nations report titled ‘Progress of the World’s Women 2019-2020: Families in a Changing World‘ found that while non-marriage is still rare in India, divorce rates have increased. As per the report, 1.1 per cent of women in India are divorced. “It is certainly not the norm to be a single mother, yet as women become more and more independent and develop in our consciousness, our tolerance for disempowering situations lessens. For me, it’s better to be a full time single mother than to remain in an unhappy relationship,” Kaur says.

Dr Malini Saba, 53, Delhi, believes society is gradually acknowledging divorce. The mother to a 12-year-old girl states, “In the case of a single mother, if she is happy, taking care of the child without having to fight with her husband every day and no judgments, I’d say, that is the path to a more balanced and enriched life for both mother and child.”Dr Malini Saba, founder & chairman, Saba Group and Anannke Foundation (Source: PR handout)

At the same time, these mothers ensure their relationship complexities do not negatively impact the child’s ties with the father; the moms do not avoid having age-appropriate conversations about their situation either. “I am forthright with my daughters. I never hide anything from them,” says Dr Sharma.

“I have never made [my daughter’s] father look negative because it is not my place. She needs to understand that her parents, whilst separated, are very happy and love her the same. In many cases of broken homes, children are angry and negative because they see the negativity at home between their parents and often end up building emotional walls which hampers their holistic growth,” adds Dr Saba.Also Read |Single mom raising an Olympian: Through hell and high water

Being a single parent, however, can pose practical challenges, especially when it comes to juggling parenting responsibilities with career. Elaborating on the challenges, Kaur, a former bank employee and now a radio host, producer and author, tells the outlet, “At first, I couldn’t. I really couldn’t manage the banking job that I had at the time and being a full time single mother so I found myself at a crossroads. I quit my job and became a full time dog walker. It was a rather unusual choice especially for someone that was born and raised in India but I was so overwhelmed by being a full time single mother in a foreign country that I had to make a choice to do what made me happy.”Dr Prapti Sharma, laser expert, with her daughter (Source: PR Handout)

Dr Sharma and Dr Saba, however, are of the opinion that the burden of responsibilities would usually still be with the mother even if she was married. A laser expert, Dr Sharma says, “You may end up with the same share of responsibilities even if you are wife and a working mom.” Adds Dr Saba, founder and chairman, Saba Group and Anannke Foundation, “It is anyway the mother who is taking care of the child most of the time, while the role of fathers is often limited to being the breadwinner of the family.”

No matter the obstacles, a marriage of convenience is not the way out for the single moms. Actor and celebrity mother, Neena Gupta, who made headlines in the past for being a single mother, recently told Sonali Bendre in an interview that she never wanted to get married just for social sanction. “I was too proud of myself. I said I will not marry because I need a name, because I will get money. Like about this person who is gay. That was offered to me, that ‘you will get a name and you do what you want’. I would never do that,” she said while talking about her autobiography.

Nor do the moms want to succumb to the pressures from relatives and friends to “settle down”. “In the early years, they [relatives and friends] thought it would be difficult. They have now understood me and know that I can provide for myself. There is now respect for my choices,” Dr Saba shares.

Kaur adds, “The pressure is always there, because people like to take away energy from their own divinity and their own lives and spend their time meddling in others’ business. It is always easier to focus on others than it is to self-reflect, focus on ourselves and deal with our own issues.”

‘Single moms are not weak’

Instead of being looked at as “helpless beings” Dr Saba hopes that society will perceive single moms as independent beings who do not wish to be controlled by any means, least of all by patriarchal shackles. But as motivated as the mothers want to be, they aspirations continue to be intercepted by mean comments from people, from “she’s going to steal my husband” to “too ambitious”, say the mothers.

The journey to self-love is love itself, says Kaur. “I would like to see more acceptance and more tolerance in our society.” And that is what will help single moms become stronger and self-reliant. “We choose to live on our terms and there is nothing wrong with that. Society will one day see the empowered side of us and accept it,” Dr Saba expresses.