A record 9 judges have taken oath at one go, taking the SC strength to 33, of whom 4 are women. How has the process of appointment in the higher judiciary evolved, amid a tussle with the executive? 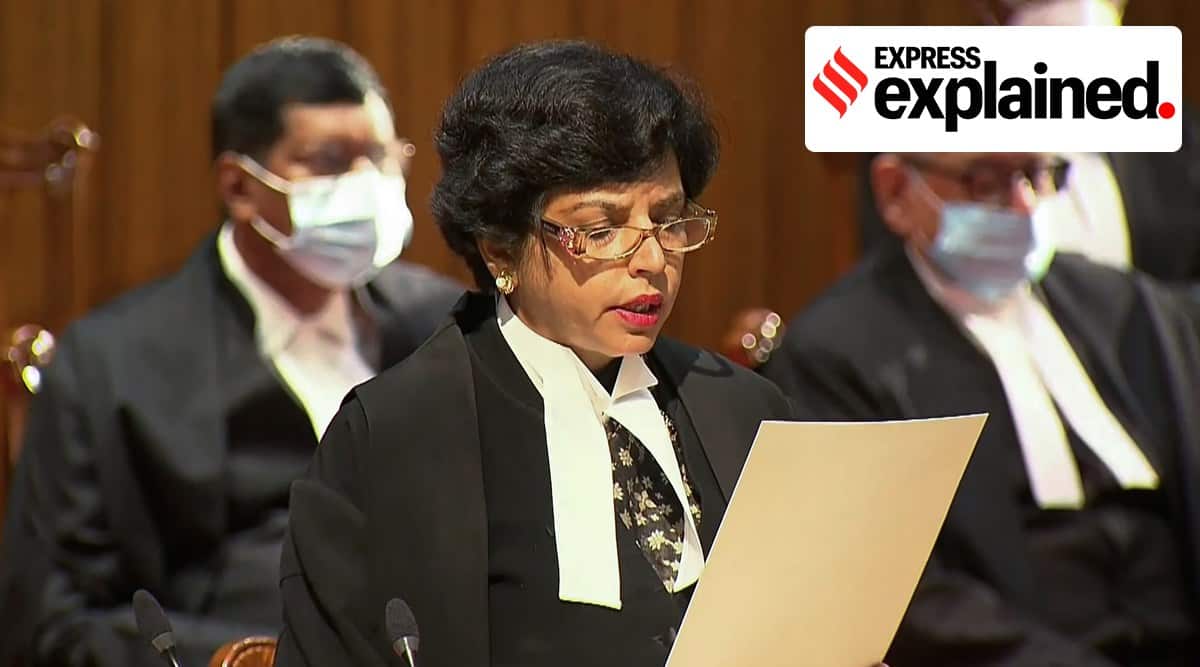 Nine judges of the Supreme Court took oath on Tuesday, the biggest ever number at one go. A third of the new judges are women, another first, even though the 33-strong Bench still has only four women. How are Supreme Court judges appointed?

Over the years, the word “consultation” has been at the centre of debate on the executive’s power to appoint judges. In practice, the executive held this power since Independence, and a convention of seniority was evolved for appointing the Chief Justice of India.https://images.indianexpress.com/2020/08/1×1.png

This changed, however, in the ’80s in a series of Supreme Court cases, in which the judiciary essentially impounded the power of appointment to itself.https://www.youtube.com/embed/49LjTxsJI1A

What were these cases?

The tussle between the executive and the judiciary over judges’ appointment began following the Indira Gandhi-led government’s move in 1973 to supersede three senior judges and appoint Justice A N Ray as the CJI.

In three cases — which came to be known as the Judges Cases — in 1981, 1993 and 1998, the Supreme Court evolved the collegium system for appointing judges. A group of senior Supreme Court judges headed by the CJI would make recommendations to the President on who should be appointed. These rulings not only shrank the executive say in proposing a candidate for judgeship, but also took away the executive’s veto power.

In the First Judges Case — S P Gupta v Union of India (1981) — the Supreme Court ruled that the President does not require the “concurrence” of the CJI in appointment of judges. The ruling affirmed the pre-eminence of the executive in making appointments, but was overturned 12 years later in the Second Judges Case.

In the Supreme Court Advocates-on-Record Association v Union of India (1993), a nine-judge Constitution Bench evolved the ‘collegium system’ for appointment and transfer of judges in the higher judiciary. The court underlined that the deviation from the text of the Constitution was to guard the independence of the judiciary from the executive and protect its integrity.

In 1998, President K R Narayanan issued a Presidential Reference to the Supreme Court over the meaning of the term “consultation” — whether it required “consultation” with a number of judges in forming the CJI’s opinion, or whether the CJI’s sole opinion could by itself constitute a “consultation”. The ruling on this established a quorum and majority vote in the collegium to make recommendations to the President.

In 2014, the NDA government attempted to claw back control on judicial appointments by establishing the National Judicial Appointments Commission through constitutional amendments. Although the law, which gave the executive a greater foot in the door in appointments, had support across political parties, the Supreme Court struck it down as unconstitutional.CJI N V Ramana (L) administers oath of office to one of the nine newly-appointed judges in the Supreme Court Auditorium, in New Delhi, Tuesday, Aug 31, 2021. (PTI Photo)

How many judges does the Supreme Court have? How is the number decided?

Even with Tuesday’s record nine appointments, the court continues to have one vacancy, and eight more judges are due to retire next year.Also read |Supreme Court Collegium clears 68 for HCs; 10 women, 44 from Bar

How did this backlog accumulate?

In 2019, the Supreme Court was functioning at its full strength of 34. When CJI S A Bobde took over, he inherited just one vacancy, that of his predecessor Ranjan Gogoi. However, the collegium headed by CJI Bobde could not reach a consensus in recommending names, leading to an impasse that led to accumulation of vacancies, of which now only one remains (until the retirements next year).

The High Courts on average have over a 30% vacancy. The age of retirement is 65 years for SC judges and 62 for HC judges — unlike in, say, the United States where Supreme Court judges serve for life. Thus means that in India, the process of appointing judges is a continuous one and the collegium system is multi-step process with little accountability on even the timelines that the judiciary has set for itself.

Has the number of women judges always been low?

Lack of representation in terms of caste and gender has been an issue in the higher judiciary.

Before Tuesday’s appointments, Justice Indira Banerjee was the only woman judge in the Supreme Court. Justice B V Nagarathna is in line to become India’s first woman CJI —80 years after Independence.

In 1989, justice Fathima Beevi became the first judge to be appointed to the Supreme Court. Since then, however, the SC has had only 11 women judges, inducing the three women appointed recently.

A 2018 study by Vidhi Centre for Legal Policy noted that while representation of women in the lower judiciary is higher at 27%, they hit a glass ceiling in higher appointments — as district judges and subsequently at the high court level.