‘Our collective decision was to record our views through the MPC minutes and not elsewhere,’ says Chetan Ghate. 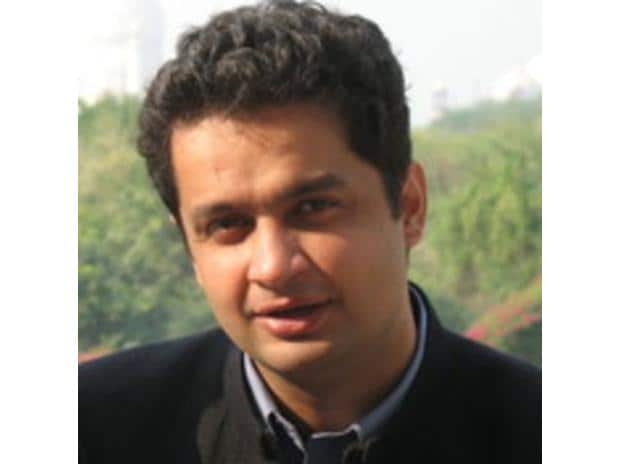 A member of the central bank’s first monetary policy committee (MPC) has weighed in on the debate on the credibility of such panels at a time when inflation is threatening to become entrenched due to ultra-loose monetary policies in India and other countries.

“If monetary policy is credible then you don’t need to create a very large negative output gap to bring inflation down,” Chetan Ghate, a member of the MPC 1.0, told Business Standard in an interview.

Ghate believes that it is during supply shocks when the credibility of such committees is tested and there is no “divine coincidence”. He said demand shocks don’t pose trade-offs for central banks since raising rates or reducing rates allows them to achieve their twin output and inflation objectives: something known as divine coincidence, a property of the new Keynesian model. The situation changes when there is a supply-side shock, which India experienced when the coronavirus pandemic broke out in March 2020 and it had to impose lockdowns that hurt supply of goods and services, resulting in rise in prices.

The last monetary policy review meeting held in the first week of August saw Jayanth R Varma, an external member of the MPC, disagreeing with the motion to keep the stance of the monetary accommodative. Varma was the lone dissenter.

Dissent is not new in the five years of the MPC, with Ghate doing that a few times. Voting during the policy review meeting occurs twice: one for the policy rate or the repo rate, the other being the stance.

“The purpose of the committee structure is to have dissent (views). There is no point having six people who are going to line up behind one view. Dissent is healthy, and if the situation requires, people should voice their views,” Ghate said.

Varma’s dissent attracted attention because of a raging debate on the timing to normalise the ultra-loose monetary policy. Since the pandemic broke out in March 2020, the central bank has taken a ‘whatever it takes to revive growth’ approach. Varma said policies adopted during the first wave of the pandemic should be withdrawn, as growth concerns are not as dominant as they were in March 2020.

He said the second wave has shown economic growth was less affected, and inflation concerns could get entrenched if not addressed now.

Ghate said he had warned that normalization would be difficult when the central bank responded to the pandemic with sharp rate cuts in March 2020. He was part of the MPC when RBI reduced the repo rate by 75 bps in March 2020 and another 40 bps in May. The central bank has not revised the rates since then and has continued with the accommodative stance.

“I have flagged way back in March (2020) that normalizing monetary policy is going to be a challenge. In one of the policies (of 2020) I talked about inflation being a risk and in another I have talked about the rollback of surplus liquidity,” Ghate recollected.

One key difference that has emerged between the first and the second rate-setting committee, which particularly became pronounced after the August policy review, is that the MPC 2.0 members do not feel constrained to restrict their views in a statement released after 15 days of the review meeting. Varma and Ashima Goyal, another MPC 2.0 member, spoke to the press explaining their standpoints in the MPC after the release of the meeting minutes. Speaking to the media is something the MPC 1.0 members refrained from.

Ghate said it was a collective decision to restrict their view in the meeting minutes.

“Our collective decision was to record our views through the MPC minutes and not elsewhere. Every MPC has to take a call on what they think is a strategy for appropriate communication,” he said.

“View on the economy by an MPC can be market sensitive so MPC members have to be careful about speaking to the media. Of course, the Governor and DG regularly communicate to the press through various publications and speeches, and this is an important part of the MPC process.”

The mandate of the monetary policy committee is to target 4% consumer price-index-based inflation, with the upper tolerance limit of 6 per cent and the lower tolerance limit of 2 per cent. Since the ultra-loose policy is in place, questions have been raised if the MPC still considers 4% as the target or if they shifted the goalpost to the upper band. The debate has intensified after Varma has raised the issue in the August policy meeting.

“We were very clear that inflation (target) was 4%. I certainly interpreted the inflation target as meeting inflation at 4%,” Ghate said. In almost the same breath, he also reminded that the band does allow some flexibility given the situation that the entire world is facing. “It is a once in a century pandemic. Monetary policy around the world is ultra-loose.”

Ghate points out that India entered the pandemic when there was limited space for fiscal and monetary policy intervention. The current cycle of interest rate cuts started way back in February 2019 while the economy was slowing down since the financial year 2017-18.

“In India’s case because there was limited monetary policy space, a lot of the stimulus was below the line rather than above the line. For instance, there were large liquidity injections in the first stimulus last year. Arguably, the liquidity injections were more important than a conventional policy rate cut, by leading to a backstop, controlling spreads, and calming financial markets. Remember that India came into Covid with limited fiscal and monetary space,” he said, adding growth had been declining for about eight quarters prior to April 2020 and there were financial stability related problems (IL&FS, DHFL issues). Credit growth was already tapering while public debt levels were quite elevated.

“Covid is an asymmetric shock, which hit a section of the population (the informal sector, particular sectors) much more than others and therefore in such circumstances large fiscal transfers to these sections of population are justified.”