Ashok Gulati, Ritika Juneja write: The focus of India’s economic policy has to be on quality education, skill development, and agriculture reforms 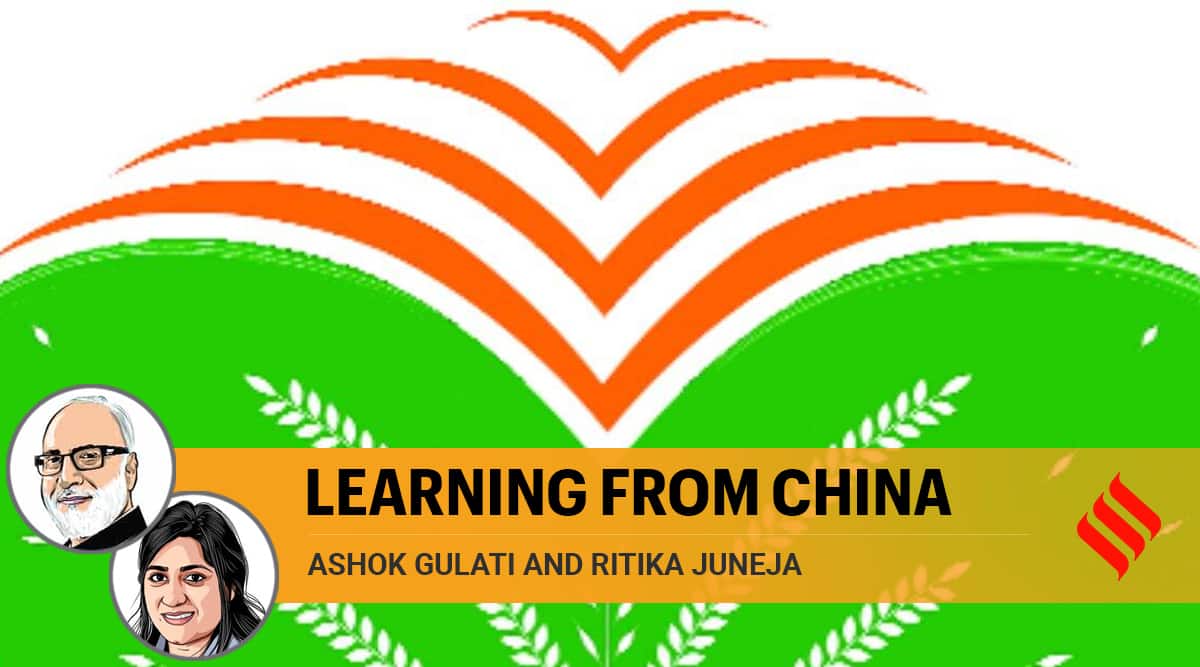 It will take many decades for India to catch up with US standards. But if we target the Chinese standards over the next decade or two, India can perhaps do better. (C R Sasikumar)

As Indians, we feel proud of our independence not just on August 15, but every day of the year. After centuries of subjugation, when Indians finally breathed the air of freedom on August 15, 1947, our leaders pledged to shape the country’s destiny. We have achieved several milestones, from reducing poverty to improving literacy to increasing life expectancy to modernising the economy and equipping the nation with space and digital technologies. Amongst the most important technologies was, perhaps, the one that enabled India to feed its population — the “miracle seeds” that unleashed the Green Revolution. Those seeds of change came from outside. They were adapted to the country’s climatic conditions by Indian scientists, and today, India is the largest exporter of rice in the world. Grain stocks in the government’s godowns are overflowing, exceeding 100 million tonnes.

But as we look back on our own journey and feel proud of our achievements, wisdom lies in also looking around to evaluate how other nations have performed, especially those which started with a similar base or even worse conditions than us. If some countries have done better than us, we should not hesitate to learn from them.

But the real comparison of India should be with China, given the size of population of the two countries and the fact that both countries started their journey in the late 1940s. India adopted a socialist strategy while China took to communism to provide people food, good health, education and prosperity. It is ironic to note that China, during the peak of its communist era — The Great Leap Forward, 1958-61 — lost 30 million lives due to starvation. India, in contrast, managed to escape such horror with support from the USA through PL 480 grain imports.

China, having performed dismally on the economic front from 1949 to 1977, started changing track to more market-oriented policies, beginning with agriculture. Economic reforms that included the Household Responsibility System and liberation of agri-markets led to an annual average agri-GDP growth of 7.1 per cent during 1978-1984. Farmers’ real incomes increased by almost 14 per cent per annum during this period. This gave not only political legitimacy to carry out reforms in the non-agriculture sector, but also created a huge demand for manufactured products, triggering a manufacturing revolution in China’s town and village enterprises. The rest is history.

India’s sluggish performance when compared to China raises doubts about its flawed democratic structure that makes economic reforms and implementation of policy changes more challenging, unlike China. We feel that India is yet to grow as a mature democracy, where differences of opinions amongst different political parties are respected. But we have to move fast. Else, we will be left far behind China, and without economic prosperity, even defending our borders and sovereignty could prove difficult.

It will take many decades for India to catch up with American standards. But if we target the Chinese standards over the next decade or two, India can perhaps do better. Remember, China’s reforms started with agriculture, and India till date had been avoiding agriculture reforms. Even for manufacturing to grow on a sustainable basis, we have to increase the purchasing power of people in rural areas. This has to be done by raising their productivity and not by distributing freebies. It requires investments in education, skills, health and physical infrastructure, besides much higher R&D in agriculture, both by the government as well as by the private sector. This requires a different institutional set-up than the one we currently have. Liberating agri-markets is part of the reform package that China followed. That’s the first lesson.

The second lesson is a bit controversial: China adopted the one-child norm from 1979-2015. As a result, its per capita income grew much faster. India’s attempts to control its population succeeded only partially and very slowly. Poor education, especially that of the girl child, is at the core of this failure. Compulsory enforcement of population control measures could boomerang politically. The population control bill drafted by the UP Law Commission has attracted much controversy. But given that UP’s average family size is six — the largest in the country (2011 census) — compared to just three in China, increasing household incomes is a big challenge. We feel the focus of economic policy has to be on quality education, skill development, and agriculture reforms. Can India do that? Only time will tell.

This column first appeared in the print edition on August 16, 2021 under the title ‘Learning from China’. Gulati is Infosys Chair professor and Juneja is consultant at ICRIER