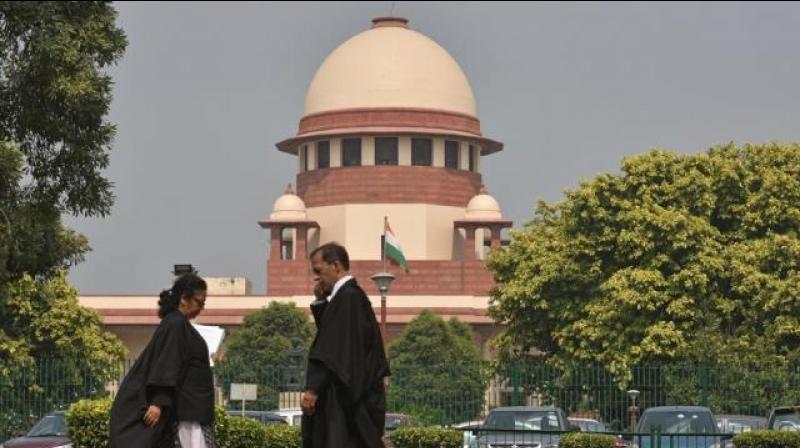 Mr Hansaria also referred to media reports on the move by the Uttar Pradesh government to withdraw criminal prosecution against MLAs accused in cases relating to Muzaffarnagar riots in which 65 persons were killed and around 40,000 persons were displaced.

Telling the court that there can be no withdrawal of prosecution for political consideration, Mr Hansaria urged the court to direct that no cases involving elected representatives — sitting or former — should be allowed to be withdrawn without the permission of the concerned high court.

The amicus curiae’s report says that the number of criminal cases pending against sitting and former MPs and MLAs in December 2018 was 4,122, it increased to 4,222 as per the March 2020 report and stood at 4,859 cases in September 2020, registering a jump of 17 per cent over December 2018.
Having barred state governments from unilaterally withdrawing the criminal cases against sitting lawmakers, the top court took exception to the “reluctance” of the Central Bureau of Investigation (CBI) to file status reports in cases where MPs and MLAs are facing criminal charges despite its (top court) September 16, 2020, orders.

The top court said that it “assumes that the government is concerned about the cases” involving tainted lawmakers and lamented “but nothing happens”.

Blasting the CBI for moving at snail’s pace in complying with the top court’s directions, Chief Justice Ramana referred to and read the top court’s September 16, October 6 and November 4, 2020, orders asking CBI to file status report on the initiation of cases against sitting lawmakers, current stage of investigation pending against sitting/former legislator (MPs and MLAs) before the CBI, Enforcement Directorate and other Central agencies, pendency/grant of sanctions for prosecution, the expected time for completion of the investigation and reasons for delay in the same.

Every order says that the report be filed before the next date of hearing. The last hearing of the matter was on November 4, 2020, the court said.

“We don’t want to presume (the reasons for non-compliance of order by CBI), (however) this does not work,” CJI Ramana told solicitor general Tushar Mehta who sought time to file the status report.

Granting time till August 25 – the next date of hearing — the court made it clear that this is a “last and final” opportunity and it “hopes and trusts” it will be complied with.

The court also indicated that it will constitute a special bench to monitor progress in the investigation and prosecution of cases involving sitting and former lawmakers.