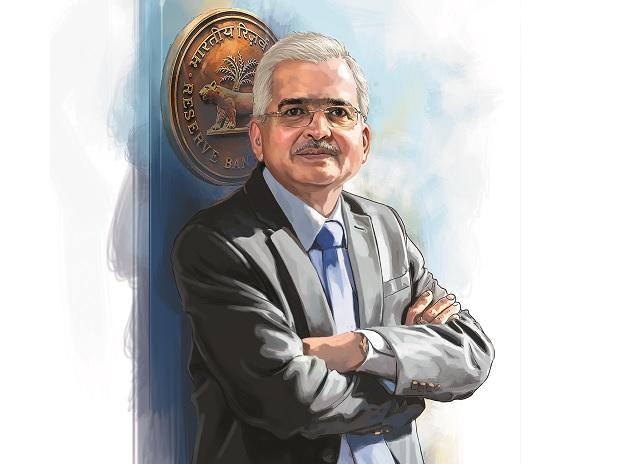 The Reserve Bank of India (RBI) on Friday kept its policy rates and stance unchanged and promised to remain accommodative as long as necessary, even as it raised its inflation projections.

The six-member Monetary Policy Committee (MPC) voted unanimously to keep the repo rate unchanged at 4 per cent. But external member Jayanth R Varma “expressed reservations” on the stance remaining accommodative for “as long as necessary to revive and sustain growth on a durable basis and continue to mitigate the impact of COVID-19 on the economy, while ensuring that inflation remains within the target going forward”.

Bond yields jumped four basis points as the central bank announced a number of fortnightly variable rate reverse repo (VRRR) windows for banks to park their excess liquidity. Many in the market saw it as a gradual withdrawal of monetary accommodation even as Governor Shaktikanta Das stressed that it shouldn’t be interpreted that way.

The RBI kept the growth forecast unchanged at 9.5 per cent, and said the gradual opening up of the economy, as well as the good monsoon, augured well for a pick-up in economic activities. He also said government measures would help the economy to come out of the crisis sooner.

“The RBI is in ‘whatever it takes’ mode to support growth,” Das said in a post-policy interaction with the media. “A pre-emptive monetary policy response at this stage may kill the nascent and hesitant recovery that is trying to secure a foothold in extremely difficult conditions,” he said in his policy statement.

The inflation-targeting central bank now expects the consumer price index (CPI) at 5.7 per cent during 2021-22, up from its earlier projection of 5.1 per cent. The governor reiterated the MPC was mindful of bringing down the inflation rate to foster the credibility of the central bank and anchoring inflation expectations.

In May and June, inflation came at 6.3 per cent, above the RBI’s tolerance level of 6 per cent. The policy statement by the MPC read “inflationary pressures are being closely and continuously monitored. The MPC is conscious of its objective of anchoring inflation expectations”.

The recent inflationary pressures “are evoking concerns, but the current assessment is that these pressures are transitory and largely driven by adverse supply-side factors”, the RBI governor said. Harihar Krishnamurthy, head of treasury of First Rand Bank, said bond yields went up because of the inflation projection being revised upwards, and not necessarily for the liquidity measures.

“While the RBI says inflation is transitory, the projections point otherwise,” said Krishnamurthy.

Das said the outlook for aggregate demand was improving, “but the underlying conditions are still weak. Aggregate supply is also lagging below pre-pandemic levels”.

While several steps have been taken to ease supply constraints, “more needs to be done to restore supply-demand balance in a number of sectors of the economy”, he said in his speech.

According to Nomura economist Aurodeep Nandi, the monetary policy attempted hard to differentiate between the RBI’s liquidity measures and the accommodative policy rate stance, while continuing to insist that inflationary pressures remained temporary and growth recovery nascent.

“… if inflation continues to remain elevated, policy trade-offs between it and growth are likely to get increasingly complicated, and eventual policy normalisation remains a writing on the wall,” Nandi said.

The RBI governor defended his protracted rate pause and lengthy accommodative stance as a compulsion brought by the pandemic.

“The conduct of monetary policy during the pandemic has been geared to maintain congenial financial conditions that nurture and rejuvenate growth. At this stage, therefore, continued policy support from all sides — fiscal, monetary, and sectoral — is required to nurture the nascent and hesitant recovery.”

The governor also said the four VRRR auctions “should not be misread as a reversal of the accommodative policy stance”, but most in the market did interpret it as a move towards normalisation.

The VRRR auctions will run between August 13 and September 24, starting with Rs 2.5 trillion and rising by Rs 50,000 crore in each auction till it reaches Rs 4 trillion.

Arun Srinivasan, head of fixed income at ICICI Prudential Life Insurance, said: “The upscaling of VRR will definitely be construed by the market as baby steps towards normalising the rates to pre-pandemic levels.”

However, Jayesh Mehta, head of treasury of Bank of America, said this was a move driven by necessity and not by design. System liquidity was already Rs 7.75 trillion as of August 5, rising sharply from June’s Rs 5 trillion.

Das assured the market that even after the VRRRs, liquidity in the banking system would continue to remain at more than Rs 4 trillion at the end of September 2021.

The RBI extended the existing facilities. It extended the scope of on-tap liquidity for the stressed corporate sectors by three months to December 31. It also increased the time for stressed companies to meet certain financial parameters that allowed them to ask for a resolution of their debt. Firms were to meet these criteria by March 31, but now they will have time till October 1.

The RBI also allowed banks to borrow easily from an emergency liquidity window till December 31.