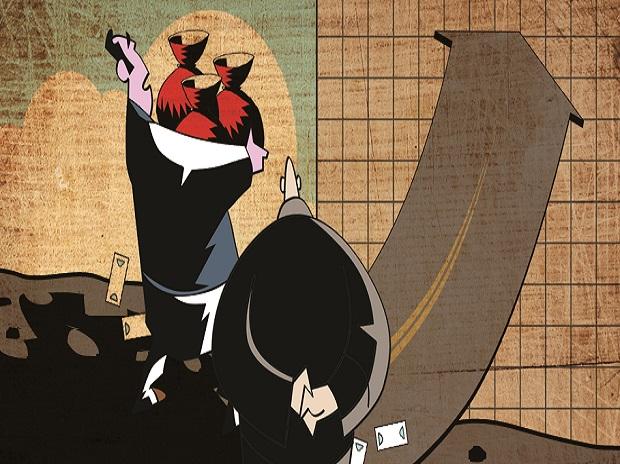 The Centre’s capital expenditure saw a robust double-digit growth in the first quarter of financial year 2021-22 (Q1FY22) year-on-year, but the decline in revenue expenditure may drag economic recovery, economists warn.

Revenue expenditure, which plays a key role in propelling demand in the economy, saw a 2.4 per cent decline in Q1, led by a sharp reduction in rural expenditure. Besides, the cut in revenue spending may not be diverted to capex, experts pointed out.

Revenue expenditure comprises fixed obligations or ongoing operating expenses such as salaries and pensions, but helps create demand. Part of the revenue expenditure is on subsidy and reining in that portion is often regarded as prudent fiscal management.

However, revenue expenditure excluding subsidy saw higher reduction in Q1 than overall spend under this head.

Capital expenditure, which is used to create assets like infrastructure and acts as a multiplier, takes longer to reflect in economic growth because of constraints like clearances and availability of labour. The Budget for FY22 provided a capital outlay of Rs 5.54 trillion, a sharp increase of 34.5 per cent over the Budget Estimate of FY21.

Aditi Nayar, chief economist at ICRA Ratings, cautioned that government expenditure may emerge as a drag on the base effect led double-digit expansion projected in gross value added for Q1FY22.

“The flattish trend in total expenditure of the Union government in Q1FY22 contrasts with the base effect led jump being seen in volumes in many other sectors. The subdued rise in the Centre’s spending is expected to dampen the pace of expansion in GDP in Q1FY22,” said Nayar.

Non-subsidy revenue expenditure saw a sharper contraction in Q1. It stood at Rs 6.1 trillion, which is 6 per cent lower than the Rs 6.48 trillion seen in the corresponding period last year.

The Ministry of Rural Development’s expenditure declined in Q1 to Rs 44,500 crore, compared with Rs 87,611.41 crore last year. Spending by the Ministry of Health and Family Welfare reduced 13 per cent YoY to Rs 18,696 crore. Expenditure by the department of fertilizers declined 34 per cent YoY in Q1.

However, spending by the department of consumer affairs, food and public distribution posted a 63.4 per cent growth over the previous year in Q1 at Rs 87,770 crore.

Madan Sabnavis, chief economist at CARE Ratings said curtailing any revenue expenditure will affect some ongoing programmes, which may not be good. “Savings here, if at all, will adjust to revenue collections and may not really be channeled to capex,” he pointed out. He said that the key reason for lower expenditure was a significantly lower spending on rural development due to less thrust on MNREGA this year.

Devendra Kumar Pant, chief economist at ICRA Ratings, pointed out that at a time when both private consumption and investment demand is sluggish and higher exports are accompanied by higher imports, leading to weaker net exports, it is government expenditure that can propel the economy.

“Significant demand boost from the government was missing last year and it was missing this year too in Q1. Major reason for lower NREGA expenditure this year is the reverse migration, which we had witnessed last year was absent in this year’s regional/localised lockdowns,” Pant said.

However, a senior finance ministry official argued that last year’s base was not a normal quarterly base owing to a lot of pandemic specific expenditure that was incurred including transfers to Jan Dhan accounts, EPFO payments and certain subsidies. Besides, in the current fiscal, several schemes by ministries were on low key due to the second Covid-19 wave in April and May and that means that revenue budget schemes by ministries suffered, he said.

“But, capex is going up, which is what we wanted. Besides we have reserved about Rs 44,000 crore with the Department of Economic Affairs, which is available to be given to any department and ministries who can usefully incur the expense” said the official.

“Capex has an issue of absorptive and execution capacity,” Pant pointed out. Going by historical trend, it is unlikely that government will loosen its strings significantly to boost demand and rely more on loans, equity and guarantee to support growth, he added.

The finance ministry has asked ministries to actively work on getting projects funded through innovative structuring and financing and provide all support to private sector for enhancing infrastructure spending. Ministries have also been asked to explore public-private partnership (PPP) model for viable projects.

In April, the Centre had decided to provide an additional Rs 15,000 crore to states as interest-free 50-year loan to spur capital spending and to nudge them to monetise assets and disinvest.